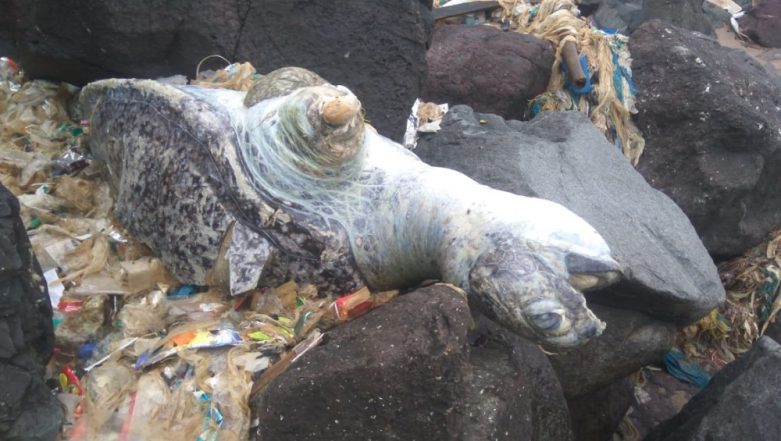 Vadodara, May 31: Fourteen turtles were found dead in a dried-up pond in Gagodar village in Kutch district of Gujarat, forest officials said on Friday.

Deputy conservator of forests (wildlife) S S Asoda said 15 other turtles were rescued from the pond after the incident was reported on Thursday evening.

"After being alerted, our team rushed to the pond that is located in Rapar taluka, and found carcasses of 14 turtles. They must have died due to lack of water as the severe heatwave has dried up the pond," he told PTI over phone. 300 Endangered Olive Ridley Turtles Dead on Mexico Coast Due to Illegal Fishing.

"Fifteen other turtles, which were found alive there, were rescued and immediately shifted to another pond in Thanisara village located nearby, which still has sufficient amount of water," Asoda said.