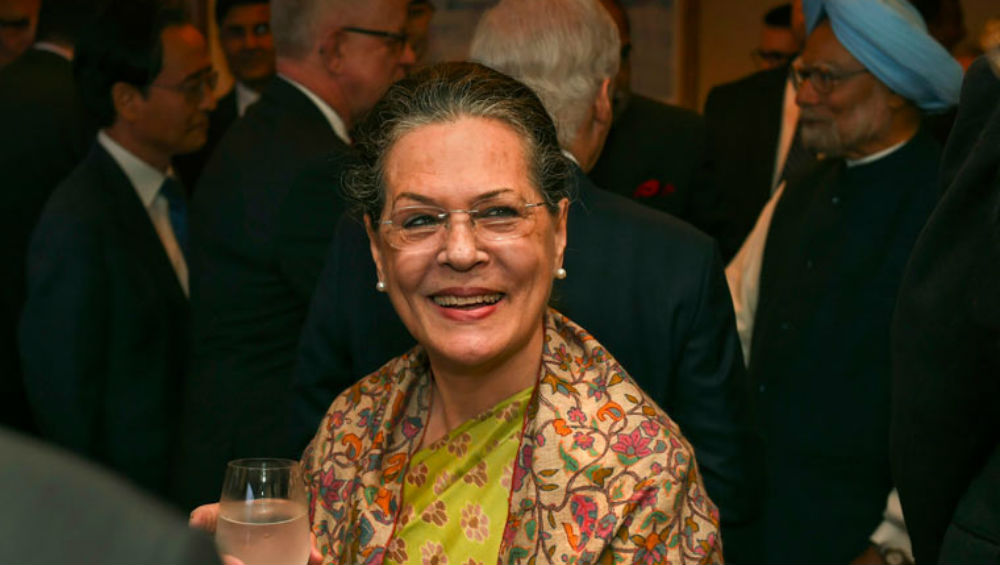 New Delhi, December 9: Indian National Congress Interim President Sonia Gandhi on Monday turned 73 years old. Born on December 9, 1946, Sonia Gandhi was appointed as Congress President for the first time in 1998. She held the post for record 19 years until her son Rahul Gandhi took over in 2017. Reportedly, Sonia Gandhi is not celebrating her birthday in the wake of several rape incidents in various parts of the country and concerns over women safety. Sonia Gandhi Birthday Special: Lesser-Known Facts About Congress's Saviour-in-Chief.

I extend my best wishes to @INCIndia President, Tmt. Sonia Gandhi, on her birthday today.

Under her leadership, the Congress party has made important & telling contributions to protecting the secular & federal fabric of the country.

I wish her many more years of public service.

May God bless her with good health and a long life and may she continue to inspire us with her leadership and wisdom#HappyBirthdaySoniaGandhi pic.twitter.com/VkKhEL4H8L

"The longest-serving Congress President, Sonia Gandhi's exemplary strength of character has inspired generations of Congress leaders. Her strength, dignity, compassion and grace has united us and made us strong. We wish her a very happy birthday," a tweet from the Congress' official Twitter handle said.