A message on an LCD screen outside Mount Mary Basilica in Bandra West on Sunday upset Catholic couples. It calls both the reproductive methods- IVF and surrogacy- 'gravely immoral’, and asked people to visit the website www.ahlc.org.in- to know the reasons why. 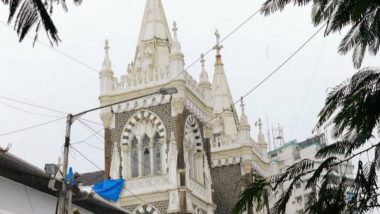 Mumbai, September 9:  A message on an LCD screen outside Mount Mary Basilica in Bandra West on Sunday upset Catholic couples. It calls both the reproductive methods- IVF and surrogacy- 'gravely immoral’, and asked people to visit the website www.ahlc.org.in- to know the reasons why.

According to a Mumbai Mirror report, the Catholic Church has for long opposed surrogacy and IVF, however, this open condemnation by the Archdiocese of Bombay has not been accepted well. It is being considered as 'cruel to couples dealing with fertility issues'. Andhra Pradesh: 74-Year-Old Woman Gives Birth to Twins Through IVF in Guntur.

The website admits that IVF and surrogacy as life-changing methods, but says that it is immoral and a mortal sin. It even goes on to call the IVF doctor as an abortionist. The website also states that “24 out of 25 human beings conceived using IVF die." The website further mentions that IVF babies are being screened and selected based on sex and other characteristics: this is Eugenics (designer babies).

Some of the other reasons mentioned why IVF procedure is wrong are:-

IVF is the logical outcome of an abortion-minded society. Once a moral wrong is instilled in society, and is accepted, it causes another moral wrong to arise to compensate for the harmful effects of the first. There are very few babies available for adoption because they are being aborted. Two wrongs don't make a right.

The website further talks about contraception, where it says that the Church rejects all artificial means of contraception—namely, chemical methods (“the Pill”), mechanical methods (for example, condom, intra-uterine device, or IUD), and surgical methods (sterilization)—since these attempt to separate the sexual act from its procreative potential and block the total self-giving of husband and wife. It highlights that such methods can even endanger the woman’s health, have an abortifacient effect (= cause a very early abortion), and in the long run be detrimental to the couple’s love life.

(The above story first appeared on LatestLY on Sep 09, 2019 10:02 AM IST. For more news and updates on politics, world, sports, entertainment and lifestyle, log on to our website latestly.com).