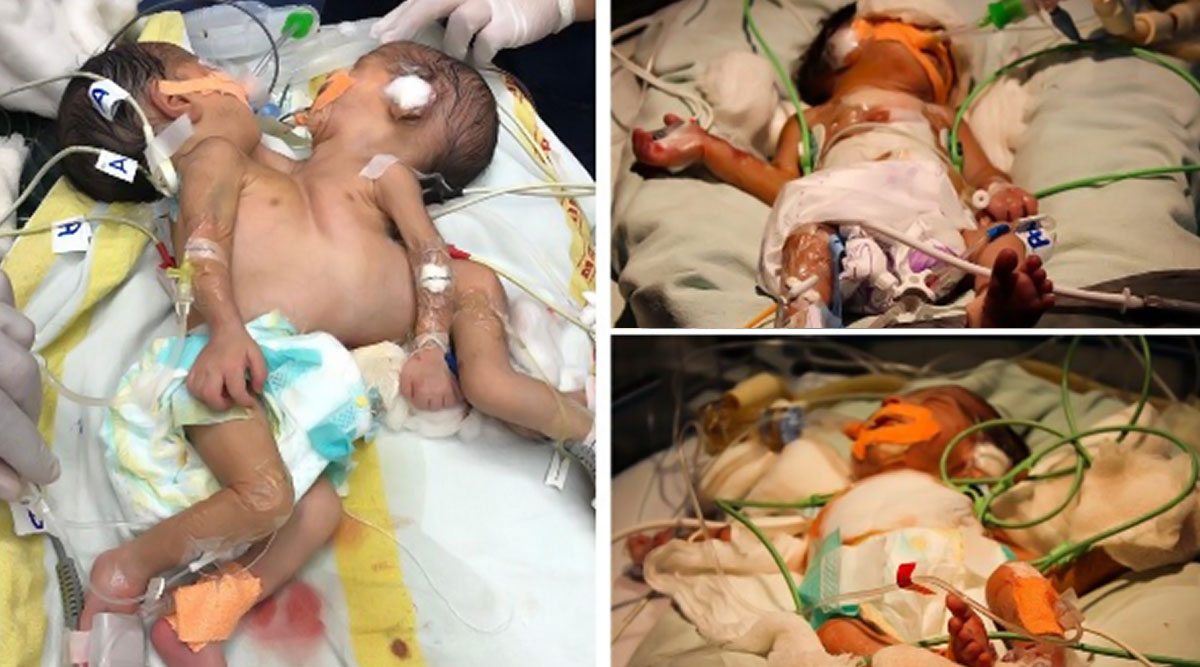 Jodhpur, January 27: Doctors at AIIMS in Jodhpur successfully separated conjoined twins in an operation that went for over four hours. "The twins were joined together at the chest and stomach. Both of them weighed close to three kilograms together, which brings the weight of each of them to around a kilo and a half. The ideal time for such operations is three to six months," HOD, AIIMS Dr Arvind Sinha told reporters on Monday.

"One of the kids, however, had heart, lungs and kidney complications and his chances of survival were really low," he said. Bhutanese Conjoined Twins to Be Separated by Australian Surgeons in a 6-Hour Long Operation (View Pic).

"When such a situation arises, usually the life of the other child is also threatened. Therefore, we undertook the surgery, which went for over four hours and successfully separated the two on Sunday," he further said.

Both the twins are on a ventilator and are under observation right now, according to the doctor. Sinha also said that the treatment of the children was conducted free of cost as the family, coming from the lower strata of the society, was unable to pay for the same.