It has also become the first hospital in the country to achieve 2,600 robot-assisted surgeries for patients with prostate, kidney and urinary bladder cancer with minimally invasive surgeries. 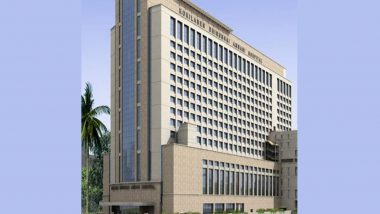 Mumbai, May 4: The Kokilaben Dhirubhai Ambani Hospital (KDAH) on Wednesday acquired its third da Vinci Robotic Surgical System, making it the only hospital with three such robots, and also completed 4,500 robot-assisted surgeries, an official said here.

The KDAH was among the first in the country to introduce the da Vinci Robotic Surgical System in June 2012 and it has now completed over 4,500 robot-assisted surgeries across specialities for adult-paediatric urology, gynaecology, bariatric and ENT, plus cancer.

It has also become the first hospital in the country to achieve 2,600 robot-assisted surgeries for patients with prostate, kidney and urinary bladder cancer with minimally invasive surgeries.

KDAH Executive Director and CEO Santosh Shetty said that they had realised the potential of robotic surgery in helping patients at an early stage and were among the first to bring it to the country 10 years ago.

"We ensured that our surgeons are specially trained in diagnosing and treating various conditions using advanced robotic technologies and our foresight has benefited thousands of patients as they are cost-effective and recognised by health insurance companies," Shetty said.

Robotic surgery is not an automated process but is remote-controlled by a human surgeon, using minimally-invasive approach. Robotic surgery is performed through small incisions with extreme precision, particularly in hard-to-access parts of the body, with a computer providing a digital interface between the surgeon's hands and the surgical instruments, besides providing improved visualisation with a magnified hi-definition 3-D image.

Named after renowned Italian inventor and painter Leonardo da Vinci (1452-1519), the da Vinci system was developed using technology pioneered by NASA and the Scripps Research Institute and was approved for surgical use in 2000.

Today, there are more than 6,500 da Vinci robots installed in 67 countries with over 55,000 trained surgeons, who have performed over 10 million procedures using this system.

(The above story first appeared on LatestLY on May 04, 2022 08:00 PM IST. For more news and updates on politics, world, sports, entertainment and lifestyle, log on to our website latestly.com).