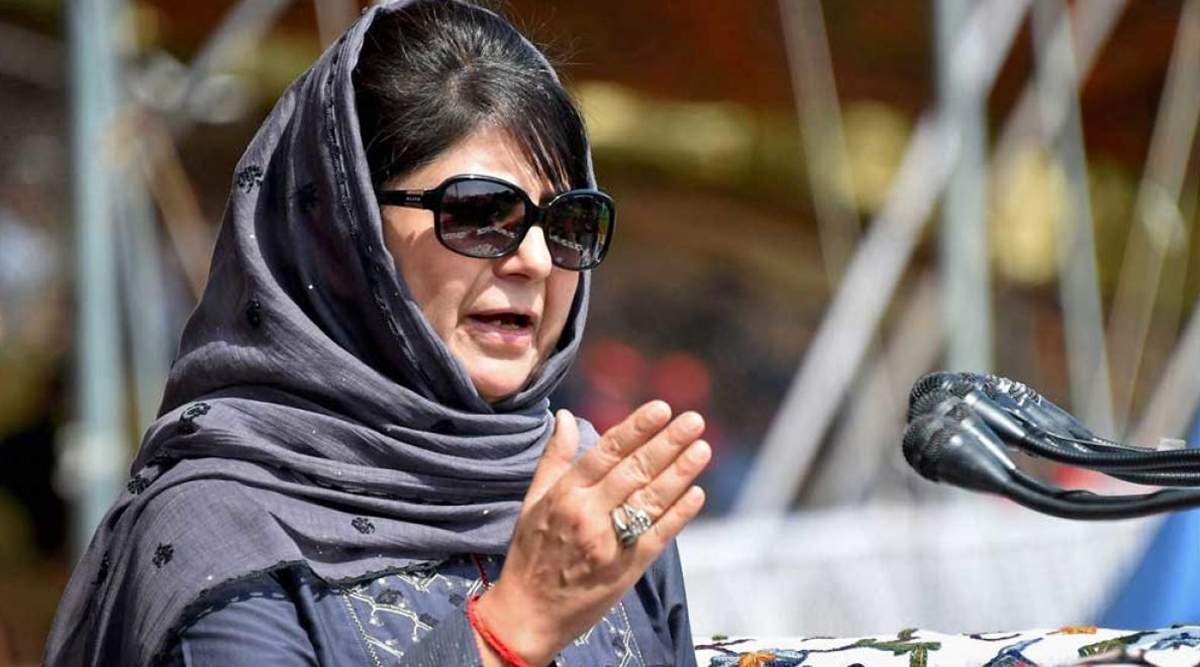 New Delhi, October 28: Referring to the visit of a European Parliament delegation to Kashmir tomorrow, former Jammu and Kashmir Chief Minister Mehbooba Mufti on Monday said the government was in a "lose-lose" situation in any scenario. The People's Democratic Party (PDP) chief also questioned as to why the delegation should not be allowed to meet former chief ministers Farooq Abdullah, his son Omar, and Mufti herself.

"Why can't they meet all three former CMs? Either ways there are two scenarios. The delegation will state situation is normal. In that case, the next logical step is to release detainees and restore the internet. If they say Kashmir is in limbo, it's a major embarrassment for GOI. Lose lose situation," Mufti tweeted. EU Delegation to Visit Jammu & Kashmir Tomorrow: Full List of Members in the European Union Panel And Who Will They be Meeting.

Why cant they meet all 3 former CMs?Either ways there are 2 scenarios.The delegation will state situation is normal. In that case next logical step is to release detainees & restore internet. If they say Kashmir is in limbo, its a major embarrassment for GOI. Lose lose situation https://t.co/cZOMYKlccx

Earlier today, the delegation met Prime Minister Narendra Modi and National Security Advisor Ajit Doval and discussed the situation prevailing in Kashmir post abrogation of Article 370. In a statement, Modi expressed hope that members of the delegation will have a fruitful visit to various parts of the country, including Jammu and Kashmir.

"Their visit to Jammu and Kashmir should give the delegation a better understanding of the cultural and religious diversity of the region of Jammu, Kashmir and Ladakh; apart from giving them a clear view of the development and governance priorities of the region," the Prime Minister's office said.