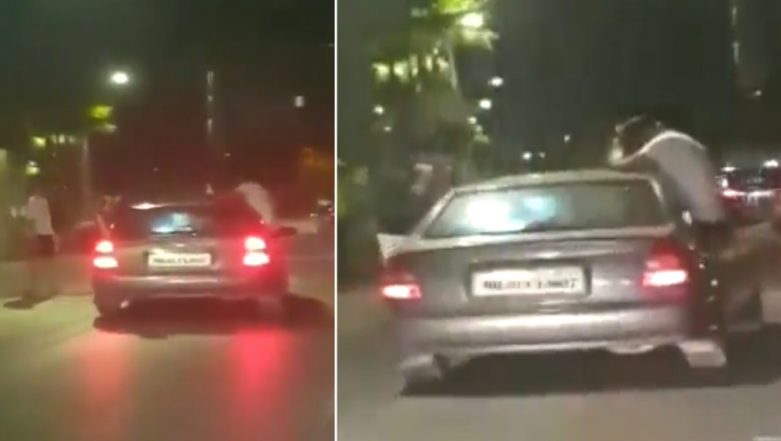 According to a report by DNA, the three have been identified as Mohammad Sultan Shaikh (20), Samir Sahibole (20) and Anas Shaikh (19). All the three are second year Commerce students and hail from Govandi. The report further states that on Friday night, the trio were driving a car (MH 01 CA 8627) from Govandi to Bandra for a night out. As soon as they reached the Carter Road area, two of them were seen leaning out of the windows of the running vehicle with bottles in their hand. Son Dies But Mother Survives In a Failed Suicide Attempt In Mumbai.

The incident came to light when a passer-by recorded the entire incident and uploaded it on social media. The video went viral and soon after, police swung into action to nab the culprits. The Khar police arrested three persons on June 8 for performing stunts by bending out of the windows of a moving car on Carter Road on June 7.