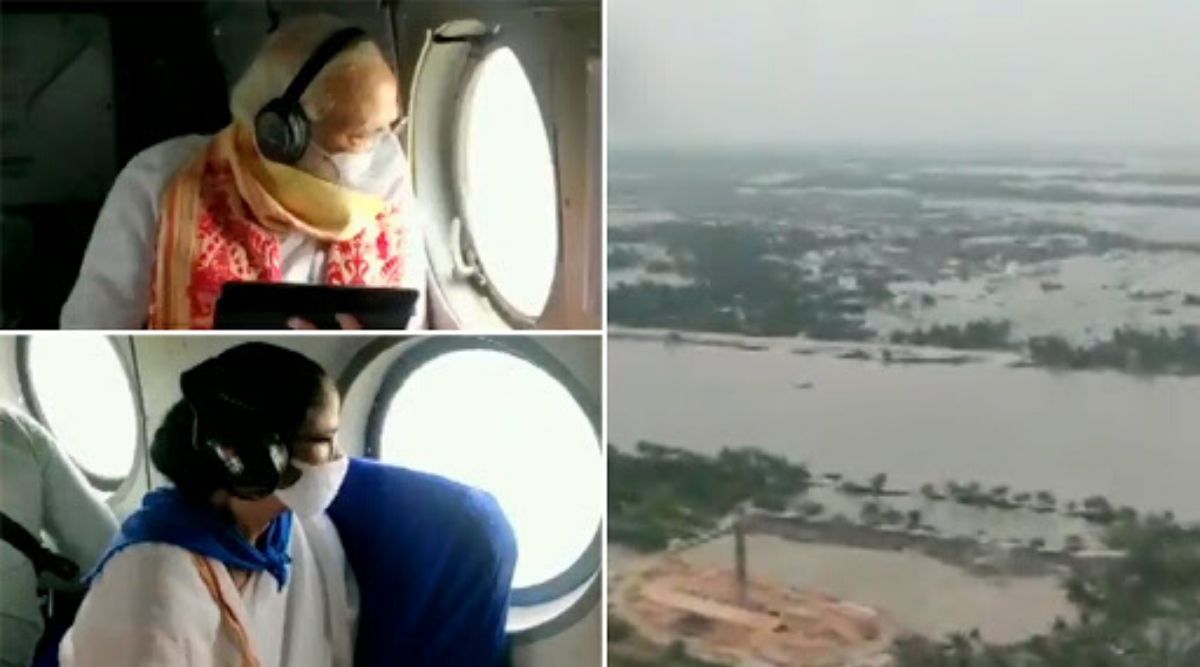 New Delhi, May 22: PM Narendra Modi reached Kolkata on Friday and he conducted an aerial survey of the areas affected by the cyclone Amphan in West Bengal. CM Mamata Banerjee also accompanied him. Banerjee earlier in the day announced that so far 80 people have died in the state. Narendra Modi travelled to West Bengal and Odisha today to take stock of the situation in the wake of Cyclone Amphan.

PM Modi said, "In the month of May, the country was busy with elections and at that time we had to combat a cyclone that battered Odisha. Now, after a year, this cyclone has affected our coastal areas. People of West Bengal have been worst affected by it." Cyclone Amphan Videos: Netizens Share Terrifying Footage And Images as Cyclonic Storm Wreaks Havoc in West Bengal.

The Indian Prime Minister went on a tour after 83 days today, which is almost around three months. PM Modi's last visit was to Prayagraj and Chitrakoot in Uttar Pradesh on February 29. PM Narendra Modi to Tour After 83 Days, To Visit Bengal, Odisha Today to Assess Damage Caused by Cyclone Amphan.

West Bengal Chief Minister Mamata Banerjee announced a compensation of Rs 2.5 Lakh to the families of those who died in the cyclone. Amphan caused intense damage to people in the state. The high-velocity winds uprooted hundreds of trees, damaged communications and power transmission poles and caused severe damage to roads, crops and plantations.