In the FIR, the principal said the incident was planned by the criminal groups as they want to admit a number of students in the college by terrorising the institute's administration. 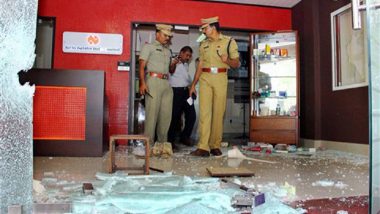 Pune, Aug 11: A goon wielding a machete barged into the principal's office in Anjuman Khairul Islam's Poona College of Arts, Science and Commerce. He threatened the principal to approve his admission in Class 11 or "face dire consequences".

The incident, which sent shockwaves across the education circles of Pune, was reported on Saturday. The miscreant, identified as Faroque Shaikh alias Guddu alias Murga, entered into principal Anwar Shaikh's office and smashed his table with the machete.

Although the accused did not attack the principal, he warned him of "consequences" if his admission is not approved.

The principal filed an FIR at the Cantonment Station against Murga, the criminal who attempted intimidate him. In his complaint, Shaikh said the incident was planned by the criminal groups as they want to admit a number of students in the college by terrorising the institute's administration.

College officials claim that criminal gangs of Kasewadi, Lohianagar, Camp and other places used to terrorise the college staff and administration to admit a number of students earlier. However, after Shaikh was appointed as the principal, only merit was considered.

The principal said his transparent way of functioning and defiance to the threats issued by the miscreants had unseated the agents, mostly from criminal groups. They are trying to re-establish their sway through such acts of violence, he said.

Shaikh said he will remain undeterred and fight against the admission mafia till he remains a part of the academic fraternity. He has appealed the local police to act stringently against the criminal gangs, involving agents.

Police inspector Digambar Shinde, who is probing the case, said the investigation is currently underway. He has assured that the goons involved in the hooliganistic act will be arrested at the earliest.

(The above story first appeared on LatestLY on Aug 11, 2018 08:57 PM IST. For more news and updates on politics, world, sports, entertainment and lifestyle, log on to our website latestly.com).