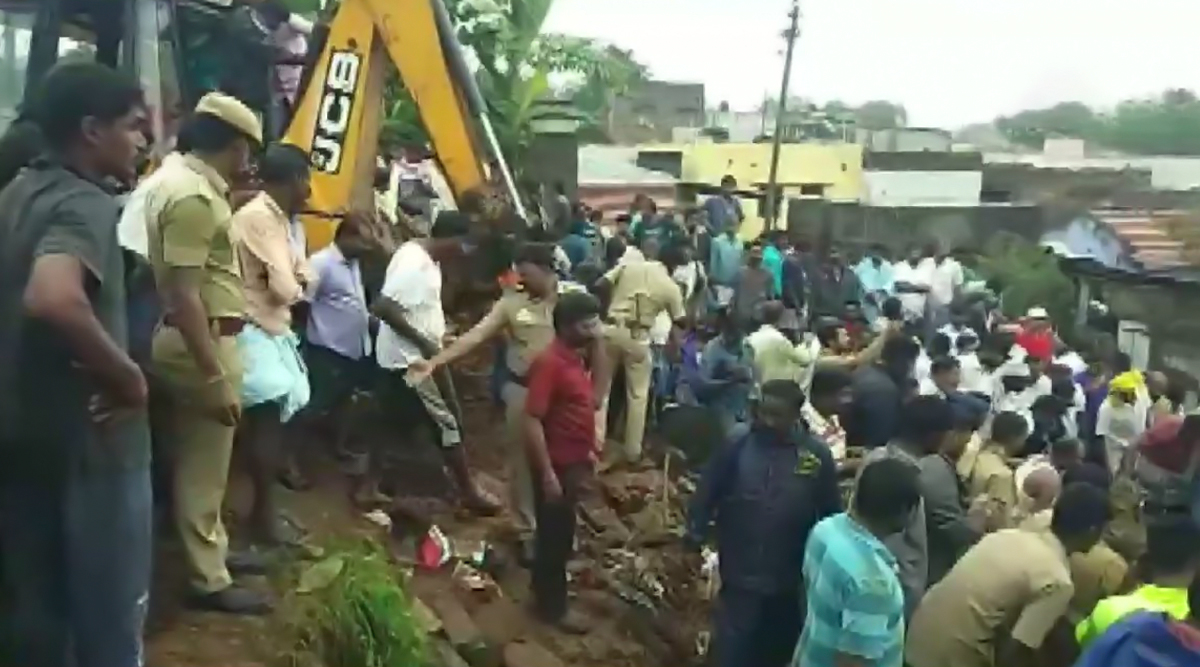 Chennai, December 2: The death toll rose to 20 on Monday due to rain-related incidents in Tamil Nadu since Saturday. Earlier in the day, at least 15 people lost their lives in a wall collapse incident in Coimbatore as heavy rains continue to lash Tamil Nadu for the past few days. After getting the information, authorities reached the spot. The rescue operation is currently underway at the time of filing this report. The incident took place in Nadur village. The state government has announced compensation of Rs four lakh each to families of those who have lost their lives in wall collapse.Tamil Nadu Rains: Five Die As Delta Districts Hit by Heavy Showers, IMD Predicts More Downpour in Next Two Days.

According to a report published in the NDTV, till now nine bodies have been recovered. A red alert has been sounded in Tamil Nadu and union territory Puducherry. As several areas of Tamil Nadu and neighbouring UT are waterlogged due to heavy downpour, holiday has been declared in schools and colleges in Chennai and Tuticorin, Tiruvallur and Kancheepuram.

Video of the Rescue Operation:

Fifteen people are feared dead after a wall collapsed in a village in #Coimbatore in #TamilNadu on Monday morning, following heavy rains. The incident took place in Nadur village near Mettupalayalam. @TheQuint #rains pic.twitter.com/6UUPZypzzk

On Sunday, the India Meteorological Department's (IMD) Chennai regional centre predicted more spell of rains till Monday. The IMD had said, “Thiruvallur, Vellore, Thiruvannamalai, Thoothukkudi, Ramanathapuram and Tirunelveli districts in Tamil Nadu would receive extremely heavy rainfall (above 20cm) in the next 24 hours.” A flood alert has also been issued Erode district of the state as water level in the dam built across Bhavani River has crossed the maximum limit.

Tamil Nadu is witnessing heavy rains due to a cyclonic circulation near Comorin on the Indian Ocean. According to reports, the state government has set up 176 relief centres in Chennai. In Cuddalore, over 1,000 people living in low-lying areas have been evacuated. A helpline for water-logging and tree fall complaints has been set up by the Chennai Corporation. Locals can dial 04425384520 and 04425384530 or Whatsapp 9445477205 for any rain-related complaints.