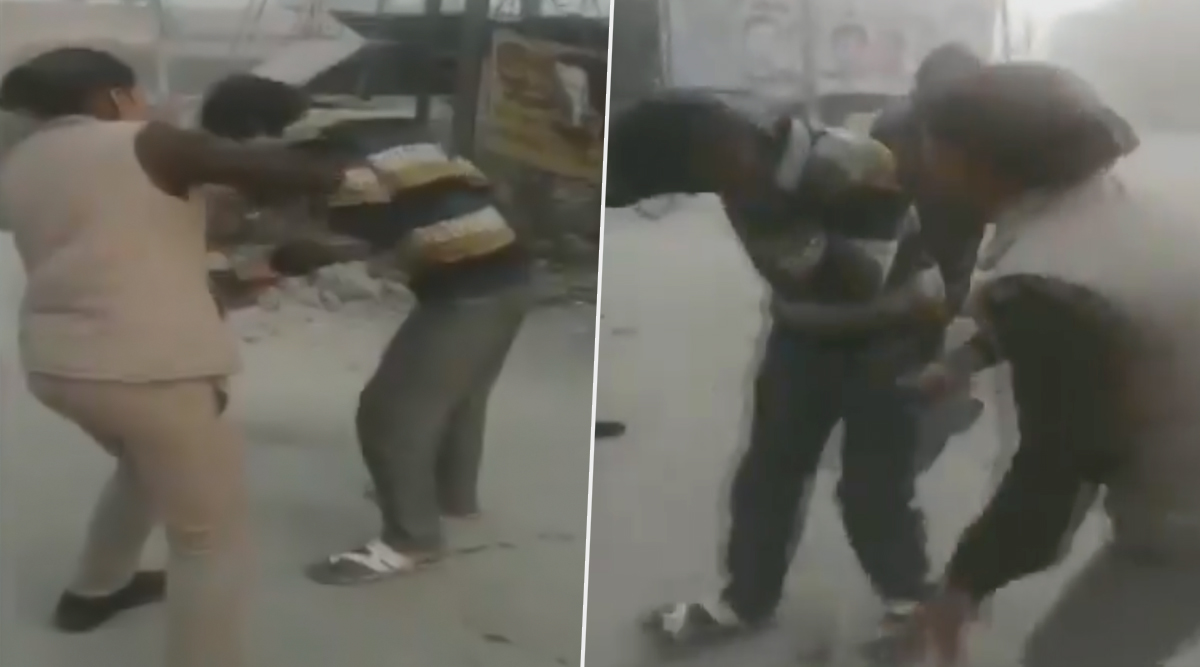 Kanpur, December 11: A woman constable in Uttar Pradesh was seen thrashing a man with a shoe for allegedly harassing girls who were on their way to school. According to a tweet by ANI, the incident took place in Bithur area of Kanpur. The man was thrashed after he was caught eve-teasing the school girls on a street. According to a viral video posted by ANI, the female constable was seen beating up the man by holding him by the collar. A case has been registered and an accused has been arrested.

As the video progresses, the policewoman took off her shoe and started beating him up at a public place. The man was publicly shamed and was made to realize his mistake. According to a tweet by ANI, Anil Kumar, SP Kanpur (West) was quoted saying that the anti-romeo squad had received information that some men harass school girls. He said that the police team immediately reached the spot and took action against the culprit. UP Policemen Thrash Man, Drag Him on Road After Spat Over Traffic Rules Violation, Suspended; Video Goes Viral.

#WATCH A woman constable thrashes a man for allegedly harassing girls on their way to school in Bithur area of Kanpur. (10.12.19) pic.twitter.com/avQpgk73Va

According to a report by IANS, the woman constable has been identified as Chanchal Chaurasia of the Anti-Romeo Squad of Bithoor police station.In the video, the woman cop can be heard asking, "Have you gone mad? Don't you have a mother or sister at home?". Reports inform that the accused was later taken to the police station and booked under Section 294 (persons indulging in obscene act in any public place causing annoyance to others) of the IPC.