By freezing the existing laws, owners of factories have been given more powers to hire and fire without attracting punitive measures from the labour department up to a certain limit. 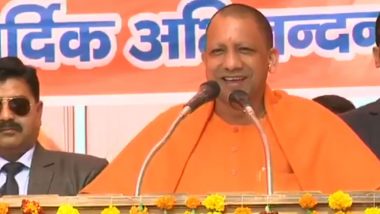 Lucknow, May 8: The Yogi Adityanath government has finalised an ordinance suspending a majority of labour laws in the state for three years. This is an attempt to help both existing and new industrial units in the state.

The recommendations regarding the labour laws were finalised by a group of ministers comprising labour minister Swami Prasad Maurya and MSME Minister Sidharth Nath Singh.

According to sources, there are more than 40 kinds of labour laws in the labour department, some of which are now redundant. About eight of them are being retained under the ordinance.

These include the Bonded Labour Act of 1976, Employee Compensation Act of 1923 and Building and Other Construction Workers' Act of 1996.

Provisions of laws pertaining to women and children, like the Maternity Act, Equal Remuneration Act, Child Labour Act and section 5 of the Payment of Wages Act which states that wages of a person earning less than Rs 15,000 a month cannot be deducted are also being retained.

Other labour laws like those related to settling industrial disputes, health and working conditions of workers and trade unions, contract workers and migrant workers will be frozen for three years.

By freezing the existing laws, owners of factories have been given more powers to hire and fire without attracting punitive measures from the labour department up to a certain limit.

The new ordinance also prevents the enforcement wing from raiding the premises of factories on minor issues.

Labour minister Swami Prasad Maurya said that suspension of the laws would help in setting up of new industries and ease problems of existing ones at a time when the Covid-19 lockdown had dealt a severe blow to the economy.

"The laws will apply to both existing businesses and new industries. We have made sure that labourers do not suffer or are taken advantage of but we also had to remove any additional burden on the industrialist," he said.

Since labour is a concurrent subject, states can frame their own laws but will need the approval of the Centre to enforce them.

Therefore, the ordinance will also be sent to the Central government for approval.

(The above story first appeared on LatestLY on May 08, 2020 11:08 AM IST. For more news and updates on politics, world, sports, entertainment and lifestyle, log on to our website latestly.com).