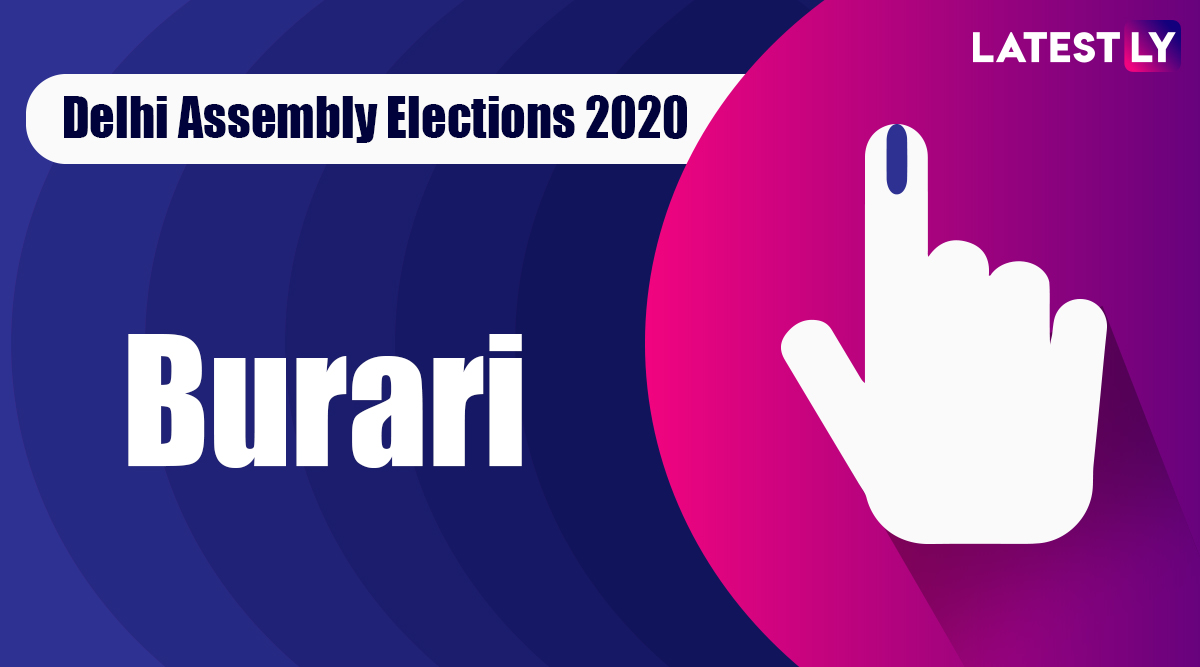 New Delhi, February 11: Aam Aadmi Party (AAP) candidate Sanjeev Jha won from the Burari assembly seat in Delhi after counting of votes for poll results on Tuesday. Elections for 70 assembly seats in Delhi were held on February 8. Unlike most assembly seats in Delhi, the Burari constituency saw an electoral contest between the AAP, Janata Dal (United) and Rashtriya Janata Dal (RJD). While the JD(U) is an ally of the Bharatiya Janata Party (BJP), the RJD contested in an alliance with the Congress. Delhi Assembly Elections 2020: Hits And Misses of Arvind Kejriwal's AAP.

In Burari assembly seat, AAP fielded its sitting MLA Sanjeev Jha. The JD(U) nominated Shailendra Kumar, while Pramod Tyagi is contesting on RJD's ticket. In the 2015 Delhi elections, Sanjeev Jha was elected as a legislator, while BJP's Gopal Jha came second. For the Delhi assembly elections 2020, the Election Commission issued a notification on January 14. Those who want to contest were allowed to file nomination papers by January 21. Nomination papers were scrutinised on January 22. Delhi Assembly Elections Results 2020 Predictions by Satta Bazaar: Matka Players Bet High on AAP Returning to Power, No Good News For BJP And Congress.

The last date for withdrawal of nomination was January 24. Polling will be held on February 8. Counting of votes will take place on February 11 and results will be declared on the same day. In the 2015 Delhi assembly elections, the AAP registered a landslide victory, winning 67 seats. The BJP bagged three, while the Congress drew a blank. According to a survey by IANS-Cvoter, over 50 per cent respondents said they were "very much satisfied" with Arvind Kejriwal's performance as Chief Minister.