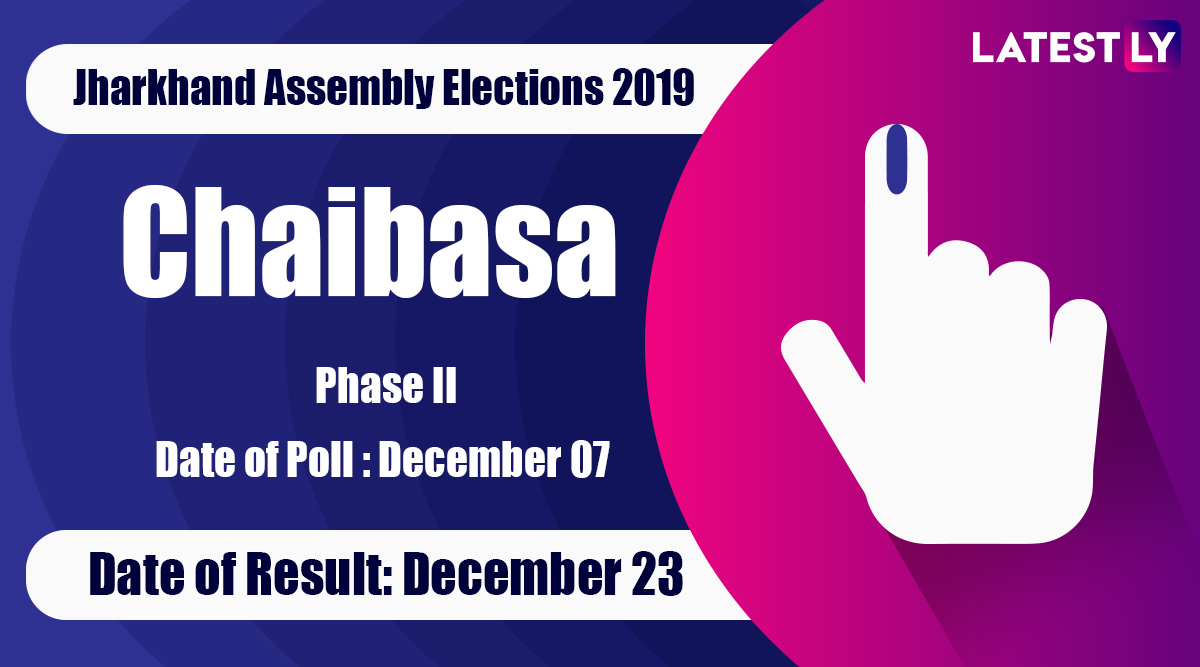 Ranchi, December 23: Chaibasa is one among the five constituencies based in Jharkhand's West Singhbhum district. The tribal-dominated region is scheduled to go to polls in phase II of the assembly elections on December 7. A total of 20 seats are contested in the second round of the electoral battle. Results of the election in Chaibasa, along with all other vidhan sabha constituencies of Jharkhand, was declared by the Election Commission of India on December 23. From Chaibasa, Deepak Birua of the JMM has emerged as the winner. Check Highlights of Jharkhand Assembly Election Results 2019.

In Chaibasa, the poll contest is primarily between the ruling Bharatiya Janata Party (BJP) and the main Opposition alliance of Jharkhand Mukti Morcha (JMM)-Rashtriya Janata Dal (RJD)-Congress. The seat was issued to the JMM by the coalition ahead of the polls.

From the BJP, ticket for contest in Chaibasa was issued to JB Tubid, whereas, the Hemant Soren-led JMM announced Deepak Birua as its candidate from the seat. In the 2014 assembly polls, the seat was won JMM's Birua.

The electoral battle in Jharkhand was contested on an array of issues, with the ruling side highlighting the steps being taken by Centre to remove Article 370 and crackdown on terrorism and the "corruption-free" module of governance exhibited by Chief Minister Raghubar Das in the last five years, the Opposition banked on the rising unemployment, falling consumption power, agrarian distress and the prevailing economic slowdown.