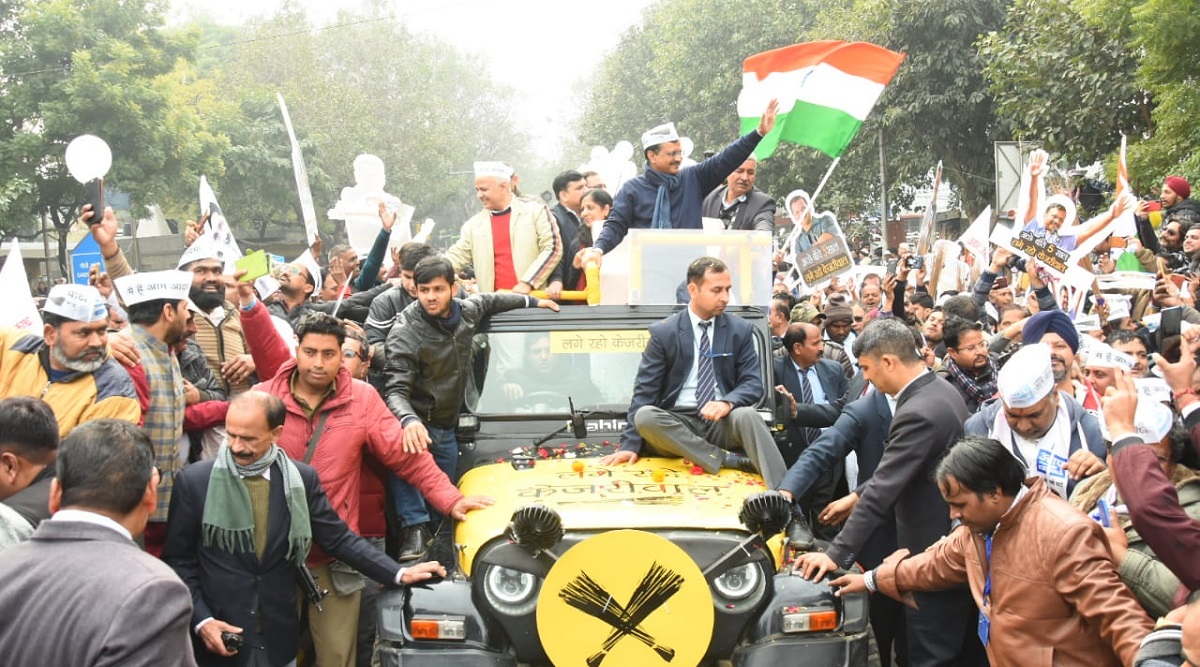 New Delhi, January 20: Delhi Chief Minister Arvind Kejriwal could not file his nomination papers today, on Monday as scheduled, after he got stuck in a massive roadshow. The Delhi CM missed his deadline for filing his nomination because of his massive roadshow and will now file it on Tuesday. Here Are Answers to Most FAQs on Delhi Assembly Elections 2020.

The filing of nominations was allowed between 11 am and 3 pm but the Aam Aadmi Party (AAP) chief was not able to reach the office of the sub-divisional magistrate as he was stuck in the roadshow. Delhi Assembly Elections 2020 Dates: EC Releases Schedule, Voting in Single-Phase on February 8, Results on Feb 11.

Kejriwal said he will now file the nomination for the New Delhi Assembly seat on Tuesday morning, which is the last day of filing nominations.

The Election Commission of India (ECI) on January 6 announced the dates for Delhi assembly elections 2020. The polls in the national capital will be held in a single phase on February 8, announced Chief Election Commissioner Sunil Arora. The counting of votes is scheduled on February 11, the CEC said, adding that the final results will be declared on the same day.