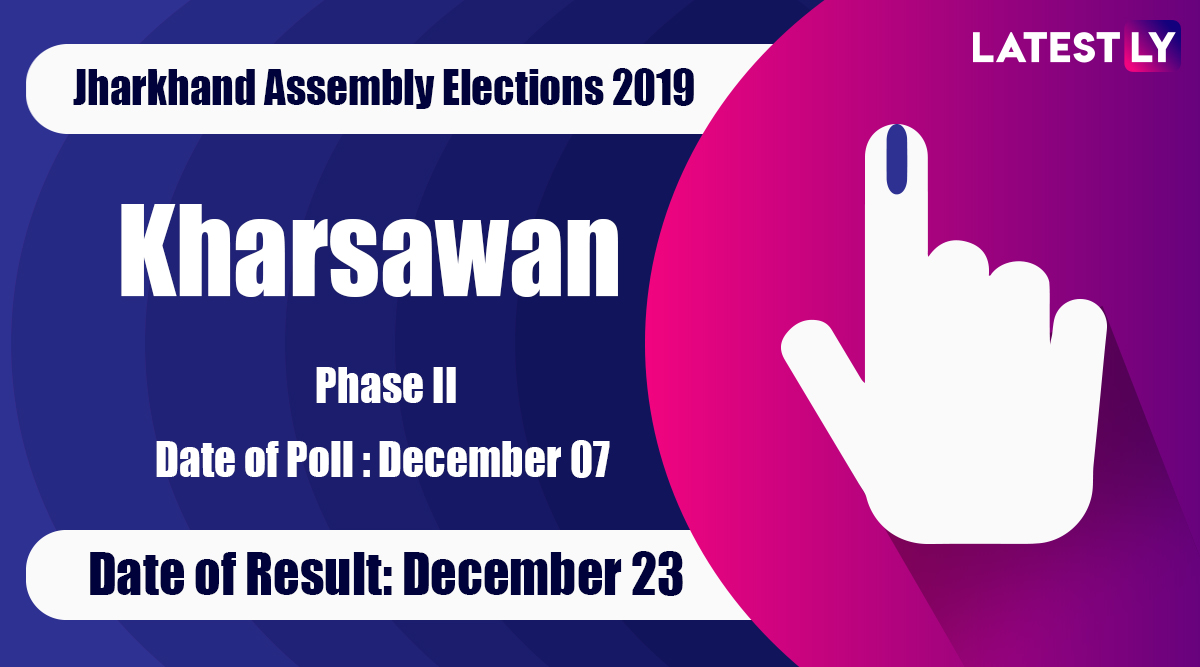 Ranchi, December 23: Kharsawan (ST) is one among the two constituencies falling in Seraikela-Kharsawan district. The seat was contested in the second phase of Jharkhand assembly elections 2019, scheduled on December 7. A total of 20 constituencies went to polls in the second round of the elections. The results of all 81 seats of Jharkhand was declared by the Election Commission of India on December 23. From this assembly seat, Dashrath Gargai of the JMM has emerged the winner. Check Highlights of Jharkhand Assembly Election Results 2019.

The Opposition coalition had assigned the seat to JMM, with the Hemant Soren-led party announcing Dashrath Gagrai as its candidate. Notably, Gagrai is also the sitting MLA from the Kharsawan constituency. Among other notable candidates in the fray are Sanjay Jarika from the All Jharkhand Students' Union (AJSU) Party, a former ally of the BJP, and Kunwar Sinh Banra from the Janata Dal (United).

In the 2014 assembly elections, Jharkhand witnessed the election of first-ever BJP government in the state. The party had won 37 out of 81 seats, and allied with the AJSU which bagged 5 constituencies. The JMM was restricted to 19 assembly segments, whereas, the Congress was reduced to 6 seats.