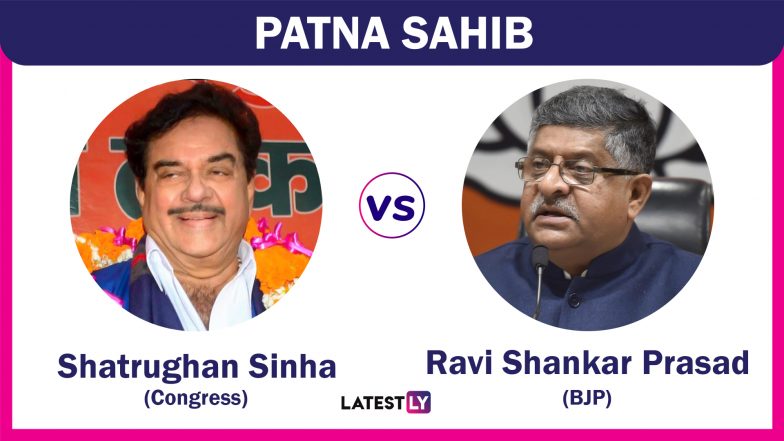 Notification for the 59 seats going to polls in the seventh phase, which includes Patna Sahib, was released by the ECI on April 22. Aspirants were be asked to file their candidatures by April 29 -- the last date for filing the nominations. The Mahagathbandhan candidate from the seat was the incumbent MP Shatrughan Sinha, who would be contesting on the Congress ticket. The BJP-led NDA has fielded Union Minister Ravi Shankar Prasad.

In the 2014 general elections, the Patna Sahib constituency was won by Sinha, on the BJP ticket, with a margin of nearly 2.6 lakh votes over his nearest Congress rival Kunal Singh. The seat was won by him in 2009 as well.

Results of the 2019 Lok Sabha elections in Patna Sahib, along with other constituencies across the nation, will be declared by the Election Commission on May 23.