Dry Day in Delhi on 9th Feb: Alcohol Will Not Be Available for Sale Today, On Guru Ravidass Jayanti 2020

There is a dry day in the capital from February 6 evening due to the assembly elections which took place yesterday, February 8. So some Delhiites may not have a great weekend as alcohol isn't available from three days. 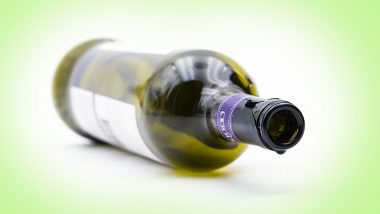 February 9 marks the celebration of Guru Ravidas Jayanti. Sant Guru Ravidas ji was a prominent mystic poet of the Bhakti movement and this day is marked essentially in the Northern regions of India. On this day, there will be a dry day in the national capital. No alcohol will be available for sale in the capital today as liquor and beer shops will remain shut. There is a dry day in the capital from February 6 evening due to the assembly elections which took place yesterday, February 8. So some Delhiites may not have a great weekend as alcohol isn't available from three days. Dry Days 2020 List For Delhi, Free PDF Download: Check Complete Calendar With Festivals and Dates When Alcohol Is Not for Sale in the Capital City of India.

Delhi recorded a 54.65% voter turnout in the assembly polls till 6 pm yesterday. As per excise rules, 48 hours before the end of polling, poll-bound states are mandated to declare a dry day and no sale or serving of liquor is permitted in the region. So dry day in Delhi has come into force from February 6.  On February 9, Guru Ravidas Jayanti is celebrated for which the alcohol shops will once again be closed all day. At several places, devotees take out processions with Guru Ravidas ji's portrait and recitation of kirtans.

Here's The List of Dry Days in Delhi in February:

A busy month ahead for Delhi.

This has been one long dry weekend for Delhi. Those who absolutely miss alcohol can have it on February 10 as on the counting day, February 11, there will again be a dry day across the national capital. The next dry day will be on February 18 on account of Dayanand Jayanti.

(The above story first appeared on LatestLY on Feb 09, 2020 09:30 AM IST. For more news and updates on politics, world, sports, entertainment and lifestyle, log on to our website latestly.com).