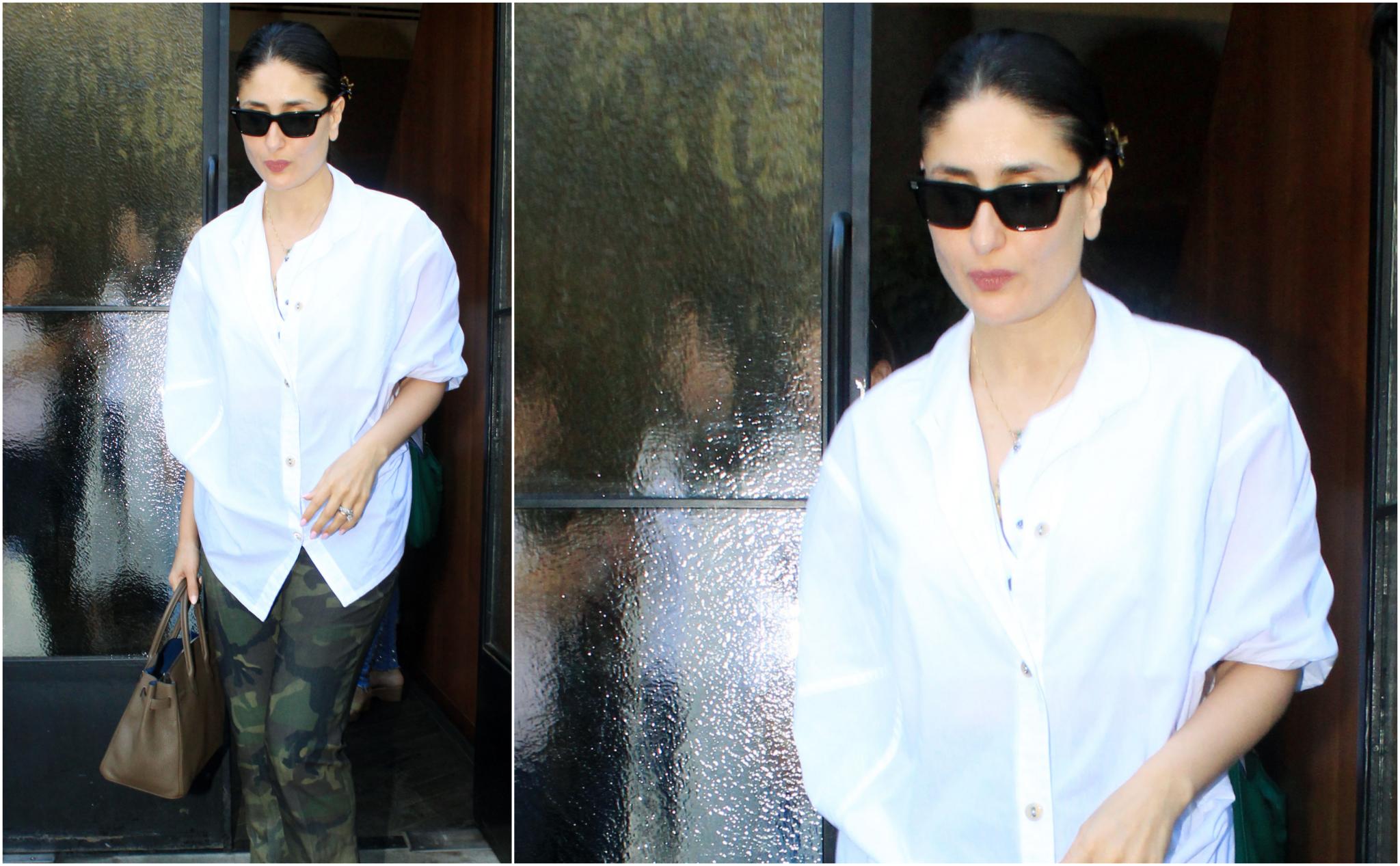 Every time Kareena Kapoor Khan steps out, she sure knows how to make heads turn with her fashion. The actress' casual style is always on point and recently she prooved the same as we saw her stepping out from a suburban cafe, giving all diva vibes. Kareena sure has an envious collection of shades and in the recent pictures clicked by paparazzi, we saw her wearing dark shades that went perfectly with her classic get up. The actress is in the city currently after returning from the Lal Singh Chaddha shoot which took place in Amritsar recently. Saif Ali Khan, Kareena Kapoor Make a Stylish Appearance at Mumbai Airport With Cutie Taimur! (View Pics).

Kareena was clicked out and about in Mumbai wearing a crisp white shirt along with camouflage pants. The actress paired those pants with gorgeous shoes of in shades of olive green. We particularly loved how casual yet classy this look was for a regular outing. Bebo even kept her make-up to the minimum which worked well for this look. 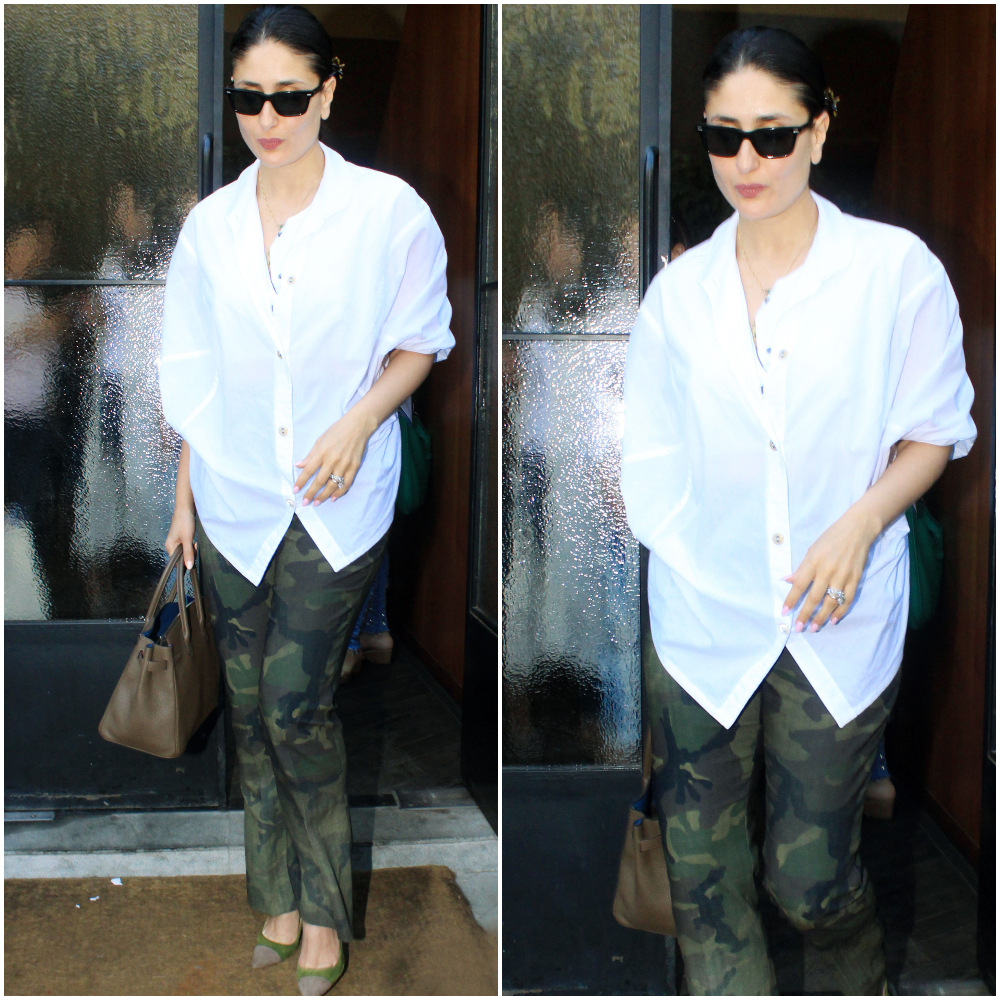 On the work front, we recently saw Kareena shooting for Aamir Khan's Lal Singh Chaddha, in a decked up bridal avatar. The filming began a while ago and we have already seen Aamir Khan in various getups including the turbaned one and also another one featuring him with a long beard and long hair. The film is a remake of the famed Academy Award Winning film, Forrest Gump starring Tom Hanks and fans are more than excited for this Hindi remake. For Kareena Kapoor Khan, Glamour Never Takes a Day Off As Proven by Her Judy Zhang Outfit!

Kareena was last seen in Good Newwz along with Akshay Kumar which released in December 2019 and became a massive hit. The film recently managed to cross the 200 crore mark at the box office.