Christmas 2018: Who is Santa Claus? Surprising Facts About Father Christmas, Including His Connection With Coca-Cola

Father Christmas, Kris Kringle or St Nicolas, no matter what you call him, Santa Claus is inarguably one of the best parts of growing up. 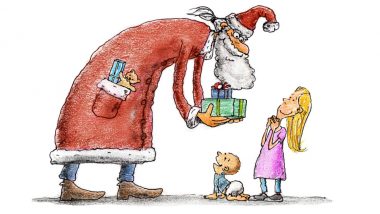 “He sees you when you're sleeping, He knows when you're awake, He knows if you've been bad or good, So be good for goodness sake!” We’re talking about the jolly old man of Christmas -- Kris Kringle, Father Christmas, St Nicolas or our dearly beloved Santa Claus. The pot-bellied, silver-haired grandpa from the South Pole is one of the most iconic motifs of Christmas. He rewards the well-behaved ones with gifts in their Christmas while punishing the naughty ones with “coals” in theirs. Parents across generations have bribed their children with the Santa story to get them to behave well. And unsuspecting children have taken the bait, eating all their vegetables and going to bed on time, with the hopes to impress Santa Claus for Christmas. But ever wondered who the real McCoy behind the Xmas legend is?

Who Is Santa Claus? 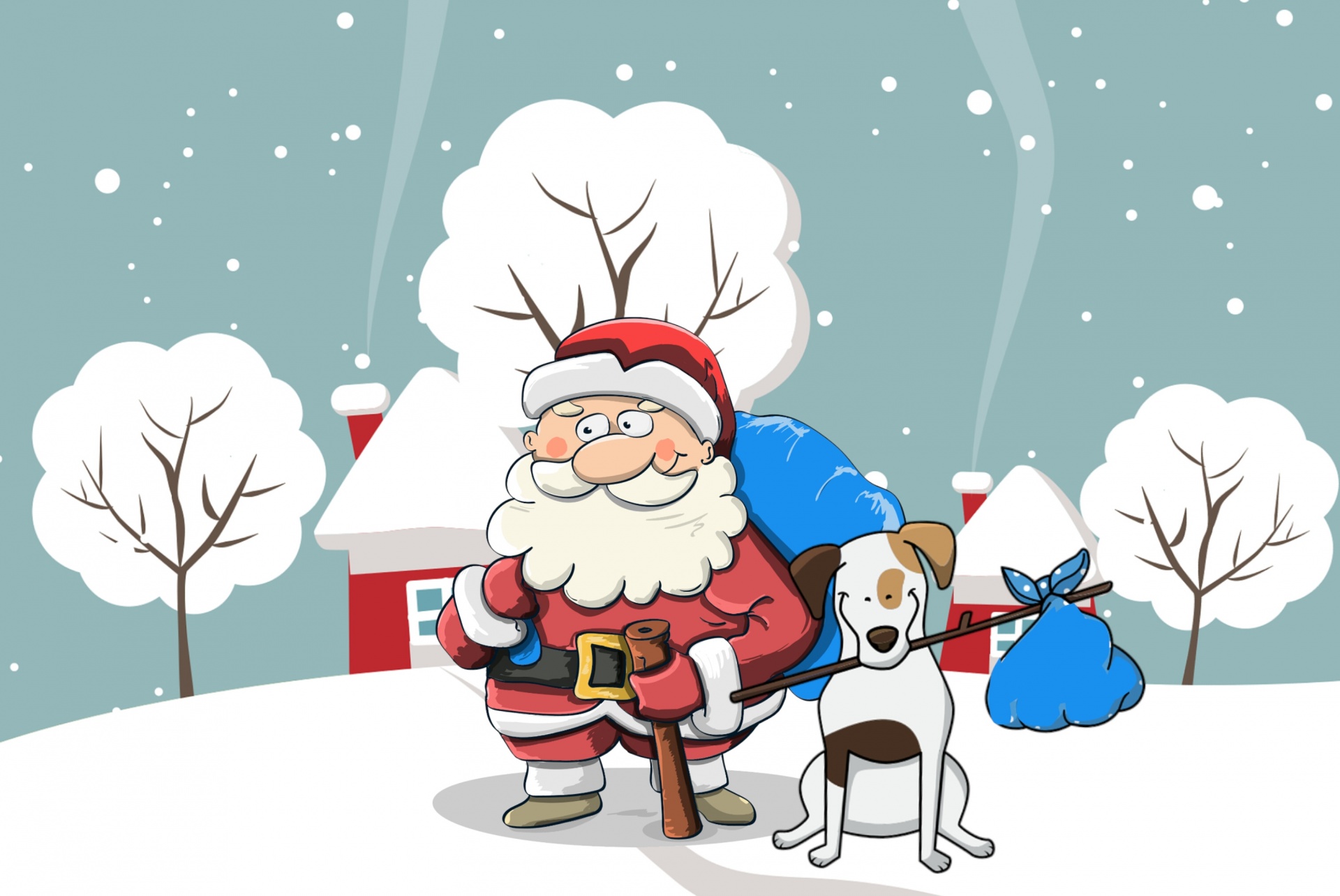 Santa Claus or simply Santa is the name given to the legendary figure of Christmas culture in the west. He’s described as a jolly-old-man with silvery white hair and beard that obscures most of his face, a portly figure, a pot belly that jiggles as he laughs and a benevolent face. According to popular legends, Santa wears a red suit with white fur trimmings, a red hat with white fur, black leather boots and a belt and sometimes, a pair of glasses perched on his nose. Christmas 2018: These Funny Viral Xmas Memes Will Make You Ho Ho Ho!

He is said to live in the South Pole with Mrs Claus where he has a toy-manufacturing factory run by elves. On Christmas night, Santa flies across the world on a reindeer-drawn sleigh with a large sack full of gifts for the good children. He then slides down the chimneys of houses, stuffing children’s stockings with goodies.

The Legend of St Nicolas

One of the most heart-breaking moments from childhood is discovering that Santa isn’t real (Sorry to break it to you). But the mythical figure does have origins in real stories. Santa Claus is based on Saint Nicolas, a Christian monk born in 3rd Century AD in Patara near Myra in Modern-day Turkey. Christmas 2018: Decorated Pineapples Replace Christmas Trees This Holiday Season! (View Pics). 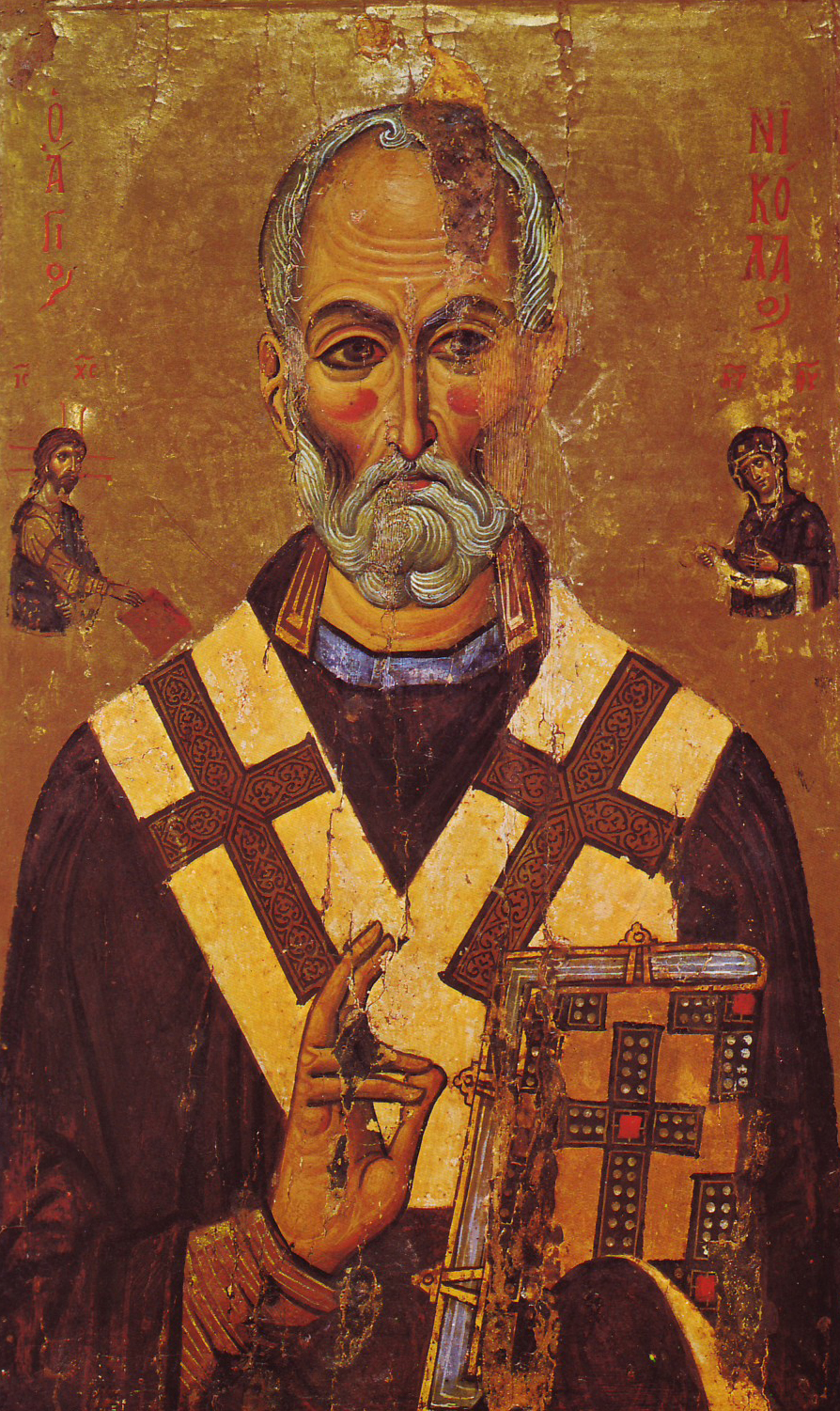 Nicolas was known for his largesse. According to one legend, he had given away all his wealth to the needy. He then travelled across the countryside, helping people on the way. Stories of his generosity reached far and wide, and he came to be known as the protector of children and sailors.

Coca-Cola had a big role to play in how we perceive Santa Claus today. In the middle ages, St Nicholas was depicted as a thin, bearded man wearing the robes of a monk, a far cry from the portly grandpa we know today. The modern-day chubby-cheeked Santa was the creation of the soft-drink manufacturer. 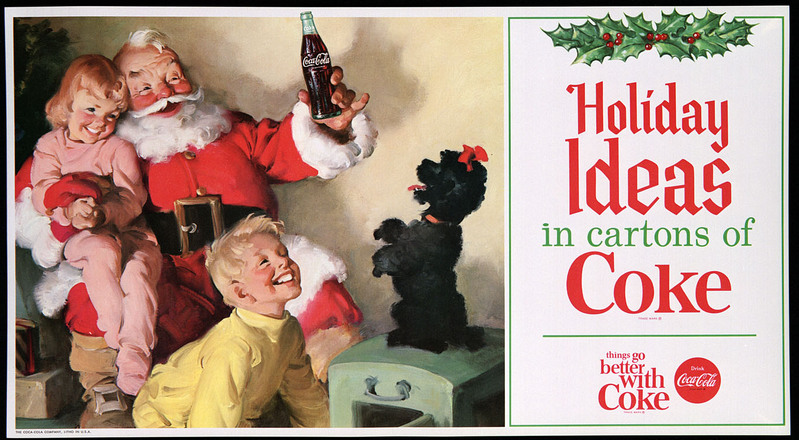 “Actually, we do not claim the color of Santa’s coat, though it has worked out quite well for us, since red is so closely related to Coca-Cola! But we did not come up with the idea of putting Santa in red clothes,” says Coca-Cola archivist Phil Mooney.

Santa has been featured in Coke’s ads since the 1920s. Coke’s advertising agency created a new image of Santa from the American poem “Twas the Night Before Christmas.” St Nicolas turned from a wiry old man to a jolly-old man in an attempt to look for child-friendly thanks to Coke. Would You Try ‘Vagina’ Ornaments For Your Christmas Tree This Holiday Season?

While Santa is benevolent most of the times, he also means business when kids misbehave. The good ones were rewarded, but the bad ones had better watch out. St Nicolas was also a feared figure, who wouldn’t mind giving bad children a spank or two. In Germany, Santa was known to frighten bad kids by threatening to eat them up. Swiss legends speak of Santa putting wicked kids into a sack and taking them to the Black Forests. In Austria, priests dressed up like Santa would visit homes of naughty kids and threaten to beat them up with rods. So much for the kind old man of Christmas.

Santa’s endearing laugh “Ho, Ho, Ho! Merry Christmas” is one of the most recognisable traits of the character. The deep-throated chuckle first appeared in a traditional Christmas poem, A Visit From St Nicolas:

That shook when he laugh'd, like a bowl full of jelly

Santa makes an appearance at shopping malls in the days preceding Christmas, talking to children and asking them what they want. The trend started in the late 19th century at a Massachusetts departmental stores. James Edgar, the owner, came up with the idea of dressing up like Santa and entertaining the kids who came to the stores. The idea was to promote the store by giving gifts to the little ones.

It’s difficult to believe that some people are opposed to the idea of Santa Claus. Calvinist and Puritans are dead against all the Santa worship and Christmas celebration since both are against their austere way of life.

Santa also inspires the hate of atheist governments who follow Marxist-Leninist doctrines, since he’s a religious icon. Child psychologists also oppose using Santa as a bribing technique, saying that it is a deceptive practice.

Santa is undoubtedly one of the best aspects of our childhood. Real or not, he gave us the motivation to do the right thing and believe in the power of good, albeit for greed.

(The above story first appeared on LatestLY on Dec 10, 2018 05:20 PM IST. For more news and updates on politics, world, sports, entertainment and lifestyle, log on to our website latestly.com).