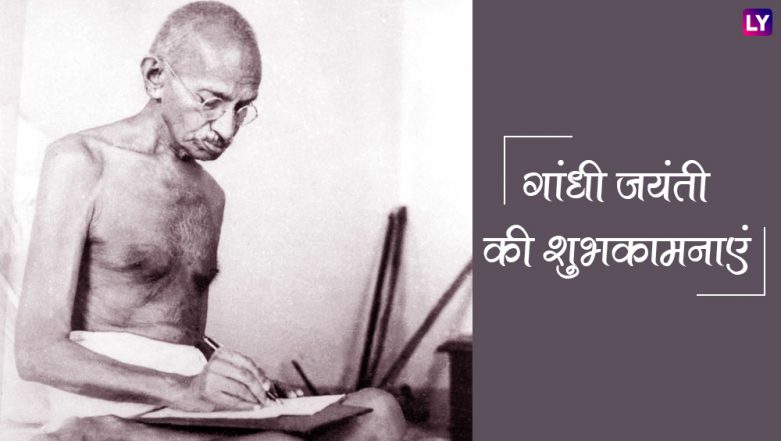 Gandhi Jayanti is celebrated every year on October 2, marking the birthday of Mohandas Karamchand Gandhi. Fondly known as Bapu, he led the freedom struggle against British inspiring millions to take up the movement. Mohandas Karamchand Gandhi was born on October 2, 1869, in Porbandar, Gujarat. Various events and functions remembering works of Mahatma Gandhi are held at many places in the country.

People greet each other 'Happy Gandhi Jayanti' on this day. We have compiled a list of Greetings, HD Photos, WhatsApp messages, Facebook status, Hindi SMS, GIF Images that you can send your friends and family. Gandhiji married Kasturba Gandhi at the age of 13 and went to study law at the University College in London. In 1916 he returned to India and started his non-violent resistance to the British government in India. Gandhi Jayanti 2018 Wishes: Best WhatsApp Messages, GIF Images, Facebook Status to Send Greetings on October 2, International Day of Non-Violence

For his contributions to the freedom struggle through satyagraha and non-violent means, Gandhi is known as the Father of the Nation. October 2 is also known as International Day of non-violence worldwide. The United Nations General Assembly established October 2 as the International Day of Non-Violence in 2007. He was assassinated by Nathuram Godse on January 30, 1948, at the age of 78. Prayer meets at held at Raj Ghat in New Delhi every year on this day. Mahatma Gandhi Jayanti 2018: Importance and Significance of Celebrating The Birthday of Father of The Nation

Here is the list of Hindi Gandhi Jayanti messages: 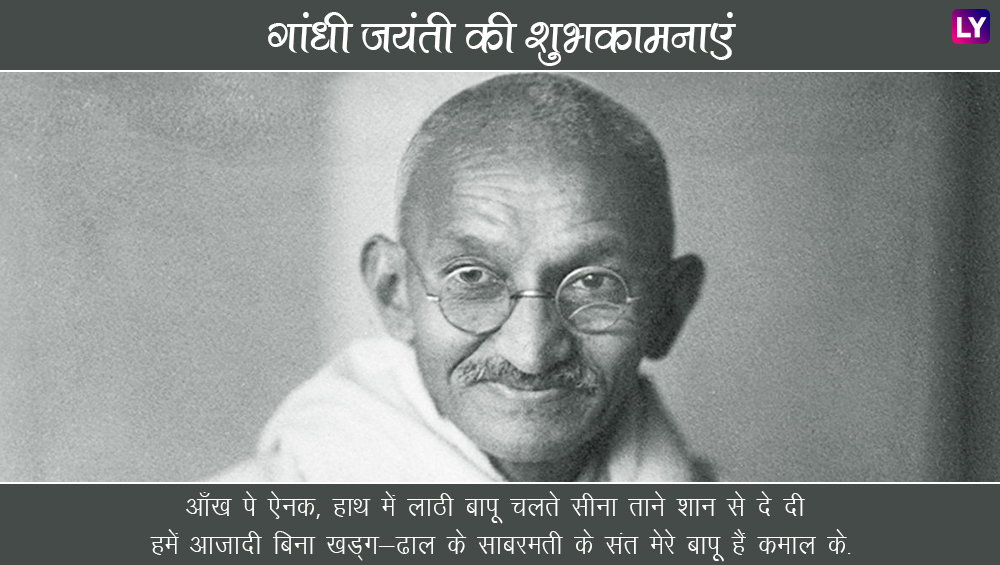 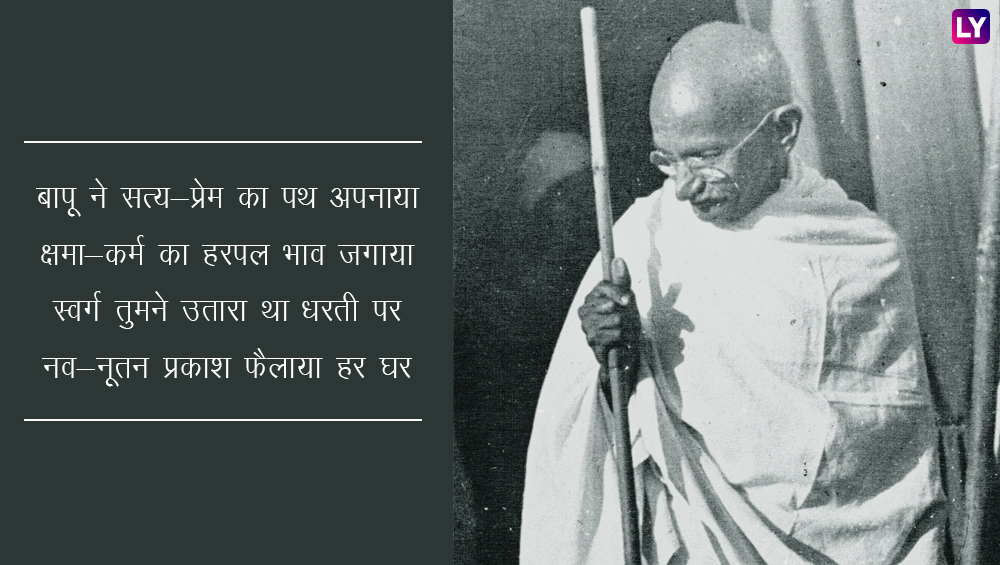 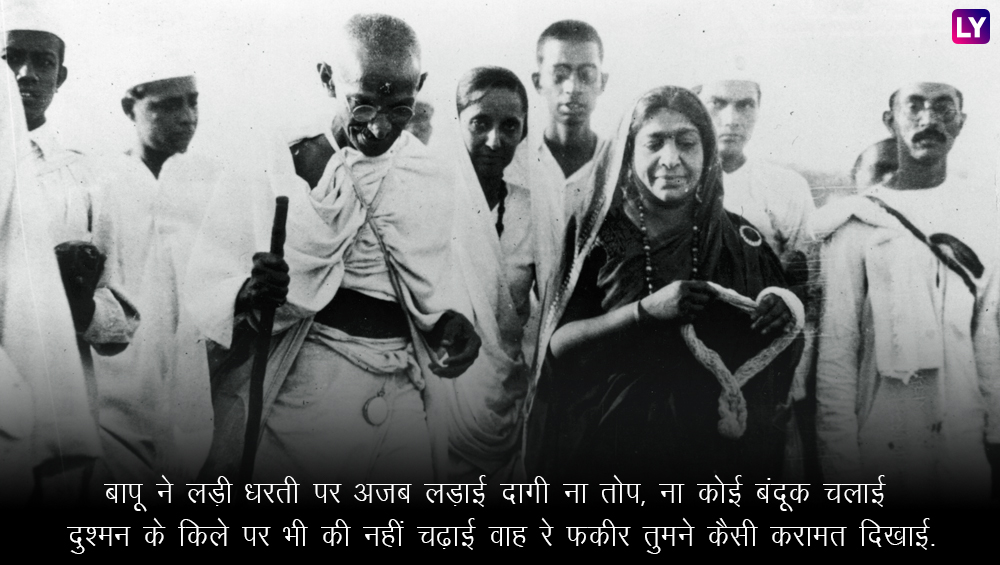 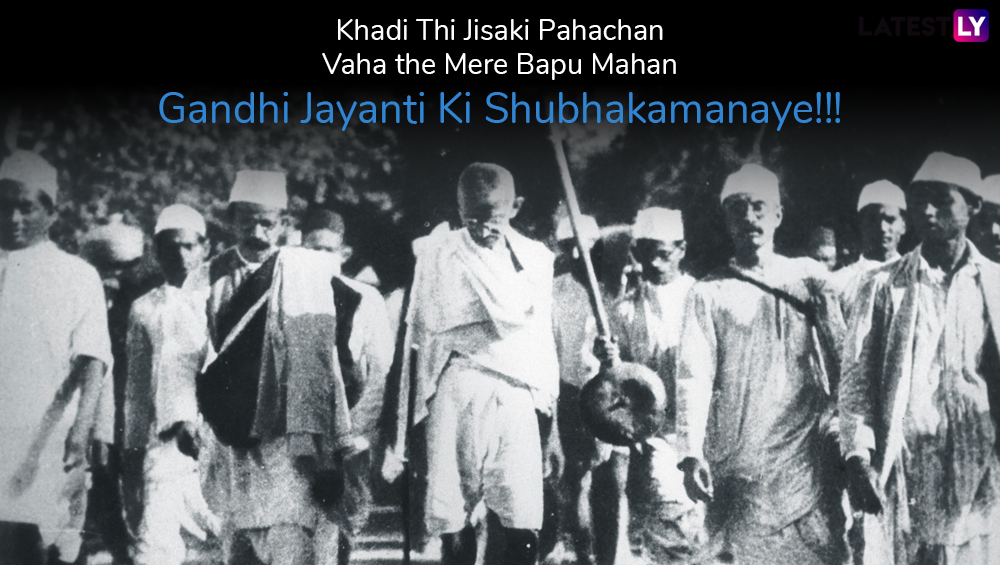 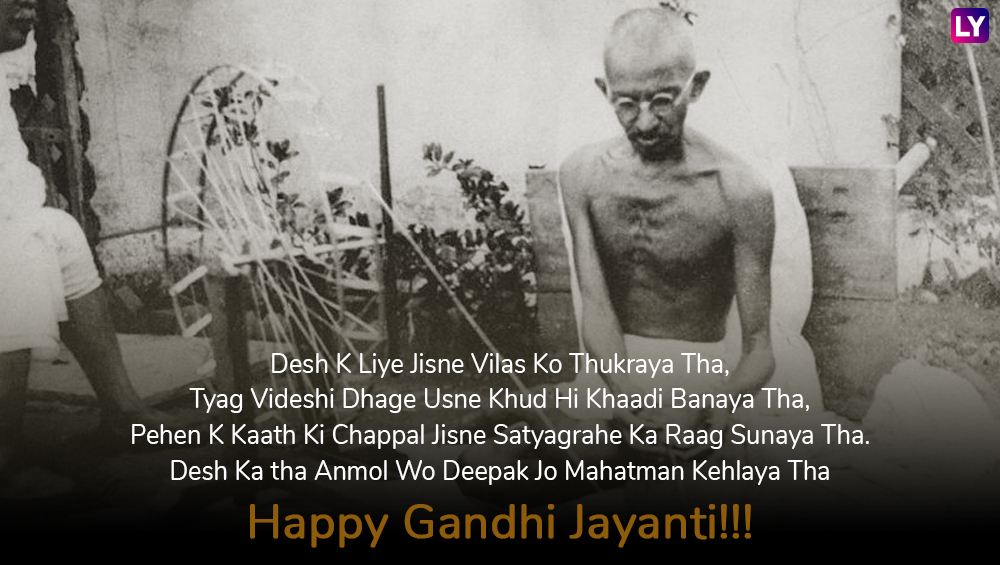 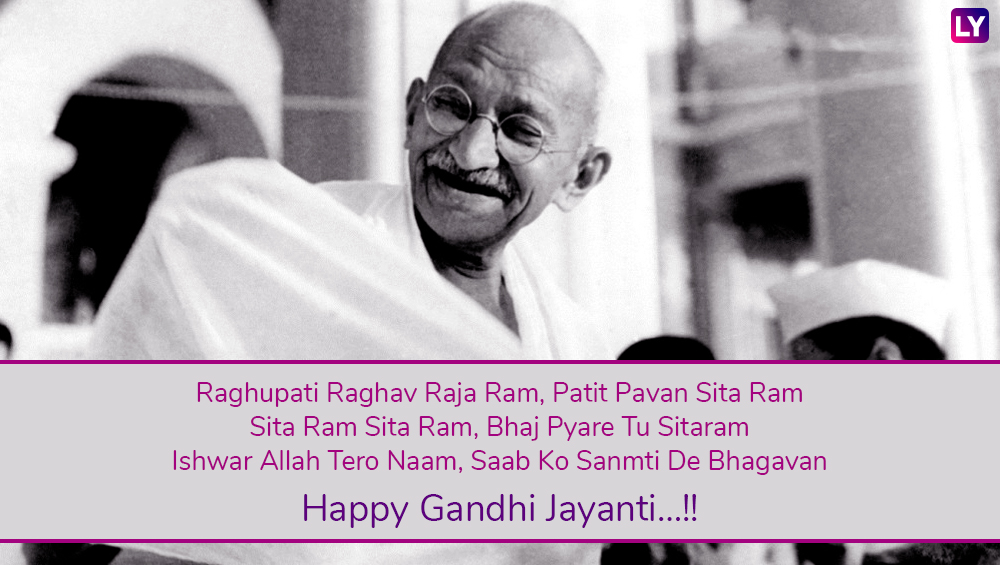 Initiatives by Gandhi that triggered mass movement include Non-Cooperation Movement, Civil Disobedience Movement and Quit India Movement. On the birth anniversary of Mahatma Gandhi, Netherlands is set to witness six events in four cities marking the launch of the two-year-long Gandhi Jayanti celebrations. The Netherlands has a special connection with India. In the country, around thirty streets are named after Mahatma Gandhi which is perhaps the largest after India anywhere in the world.