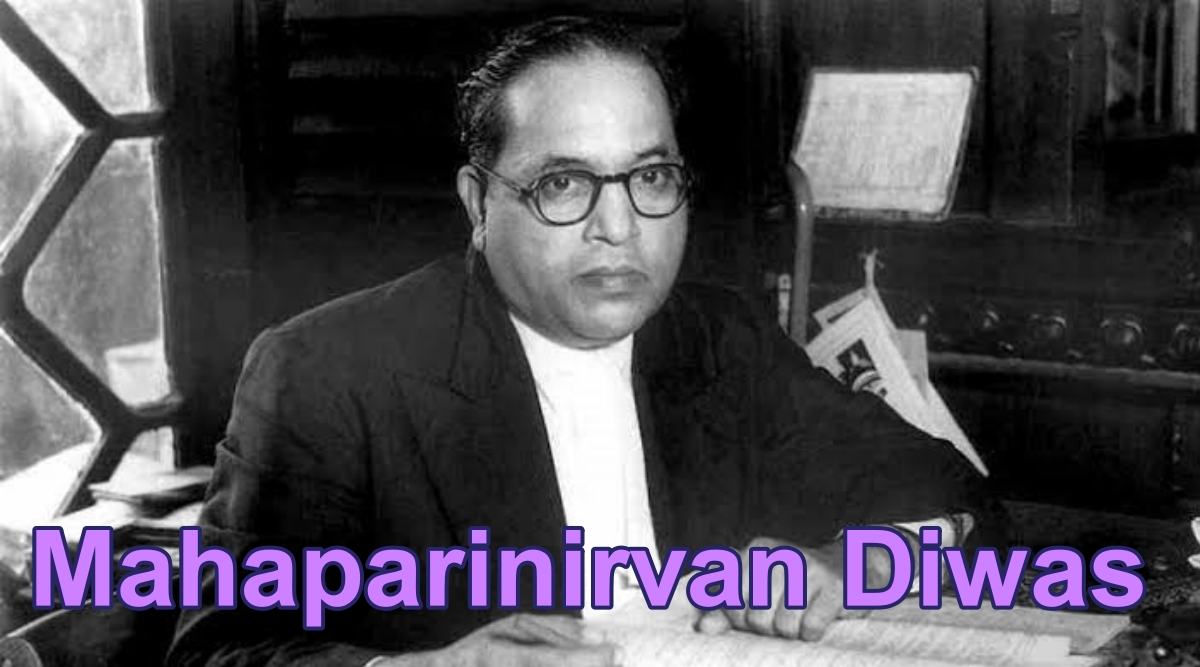 In Buddhism, parinirvana is commonly used to refer to nirvana-after-death. It occurs upon the death of someone who has attained nirvana during his or her lifetime. It implies a release from the Saṃsāra, karma and rebirth as well as the dissolution of the skandhas. Dr Ambedkar, who along with nearly 6,00,000 followers, gave up Hinduism and embraced Buddhism on the occasion of Ashoka Vijayadashami on October 14, 1956, at Deekshabhoomi. The day is remembered and celebrated as Dhammachakra Pravartan Din. And a bed-ridden Dr Ambedkar three days after drafting The Buddha and His Dhamma, a treatise on Buddha's life and Buddhism passed away in his sleep on December 6, 1956. He was 65. BR Ambedkar 63rd Death Anniversary: Mahaparinirvan Diwas 2019 Date, History and Significance of The Day to Remember The Father of Indian Constitution! 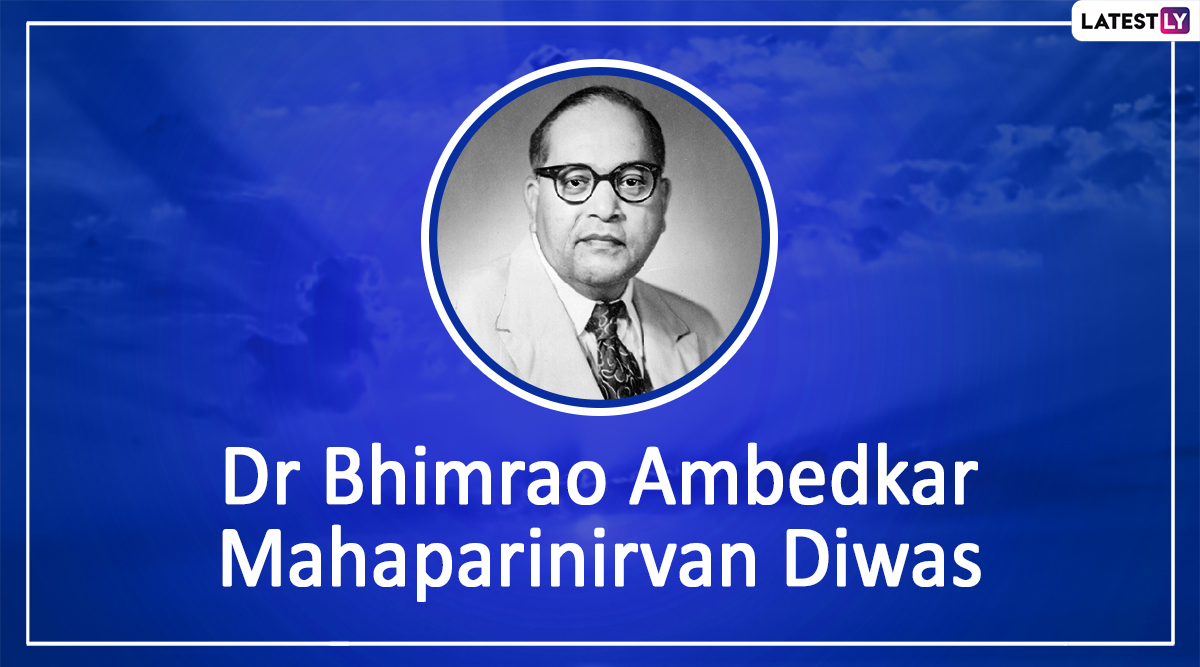 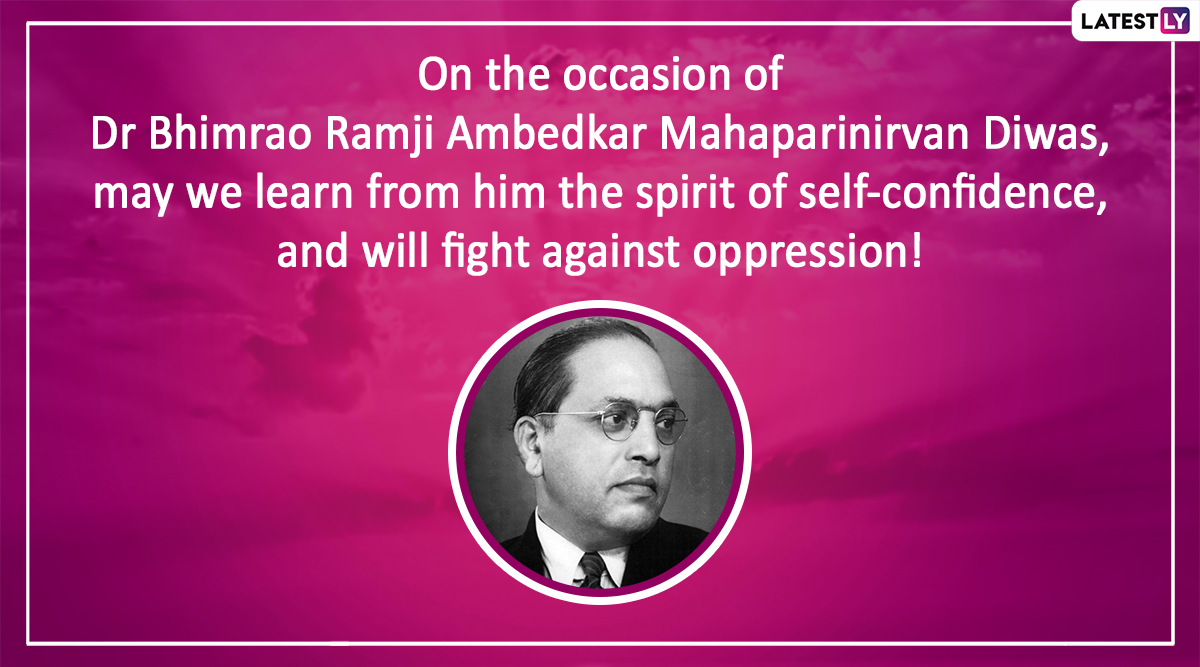 WhatsApp Message Reads: On the Occasion of Dr Bhimrao Ramji Ambedkar Mahaparinirvan Diwas, May We Learn From Him the Spirit of Self-Confidence, and Will Fight Against Oppression!

WhatsApp Message Reads: Unlike a Drop of Water Which Loses Its Identity When It Joins the Ocean, Man Does Not Lose His Being in the Society in Which He Lives. 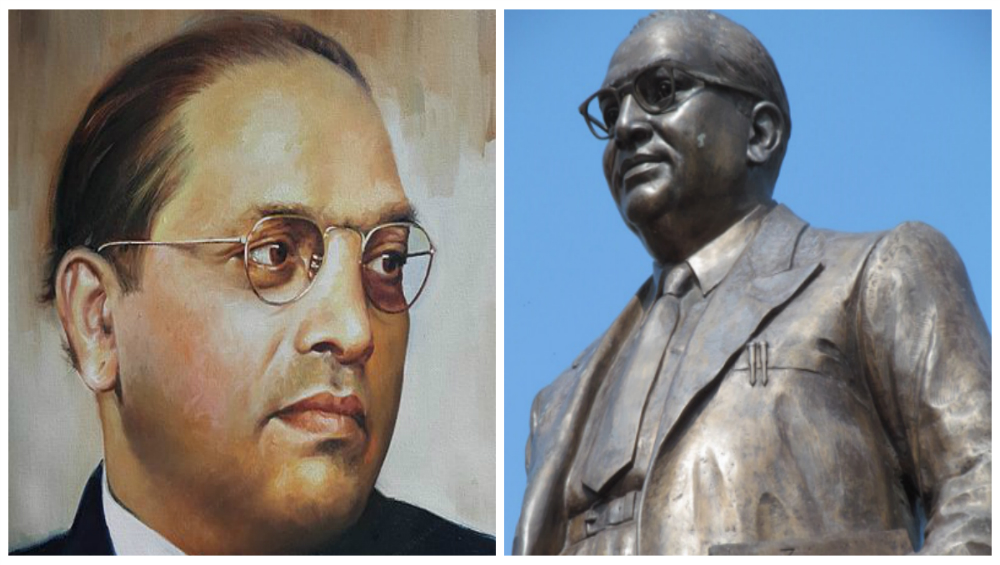 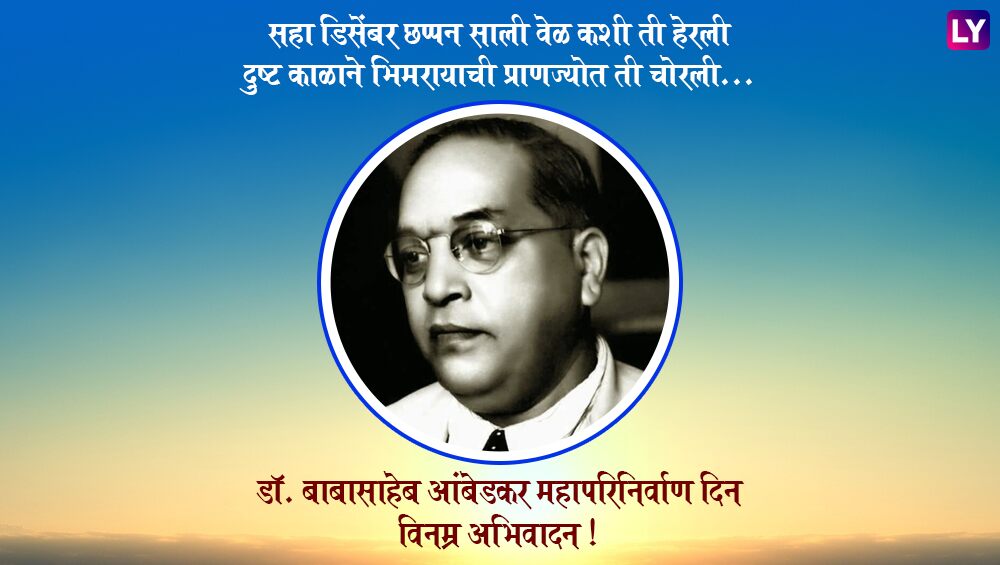 As already mentioned about the huge gathering at the Chaitya Bhoomi, the Central Railway (CR) has announced operating additional trains to manage the extra rush of passengers travelling on Friday on the occasion of Dr BR Ambedkar's death anniversary, observed as Mahaparinirvan Diwas by his followers. "CR will operate 14 special long-distance trains and 12 special locals to manage the extra rush of Dr BR Ambedkar's followers, visiting Chaitya Bhoomi in Dadar on his death anniversary," Shivaji Sutar, chief public relations officer (CPRO) of CR was quoted saying. We wish everyone on to remember and imbibe his great teachings this Mahaparinirvan Diwas 2019.