The birth anniversary of Subhash Chandra Bose, the great hero of the freedom struggle in India and who gave the slogan 'Jai Hind', is celebrated every year on January 23. Subhash Chandra Bose was born on this day in the year 1897 in Cuttack, Orissa. 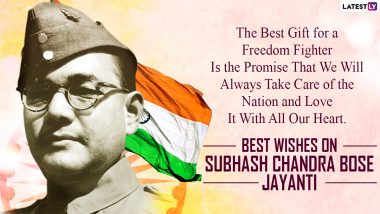 Significantly, the politician and intellectual Netaji is known for his special contribution to the Indian political system. Netaji's birthday is also celebrated as 'Parakram Diwas'. Netaji Subhash Chandra Bose's name is one of the brave freedom fighters of India and one of the eminent Indian leaders. Subhash Chandra Bose's father's name was Jankinath Bose and mother's name was Prabhavati Dutt Bose. He considered Swami Vivekananda as his spiritual guru. He formed the Azad Hind Fauj, a military regiment formed to counter the British. Bose had also formed a women's battalion with the establishment of the Azad Hind Fauj, in which he had formed the Rani Jhansi Regiment. On this special occasion of his birth anniversary, you can wish Subhash Chandra Bose Jayanti to your friends, relatives and loved ones through these wonderful messages, WhatsApp stickers, Facebook greetings, GIF images. Subhas Chandra Bose Jayanti 2022: Date, History And Lesser-Known Facts About Netaji To Celebrate Parakram Diwas. 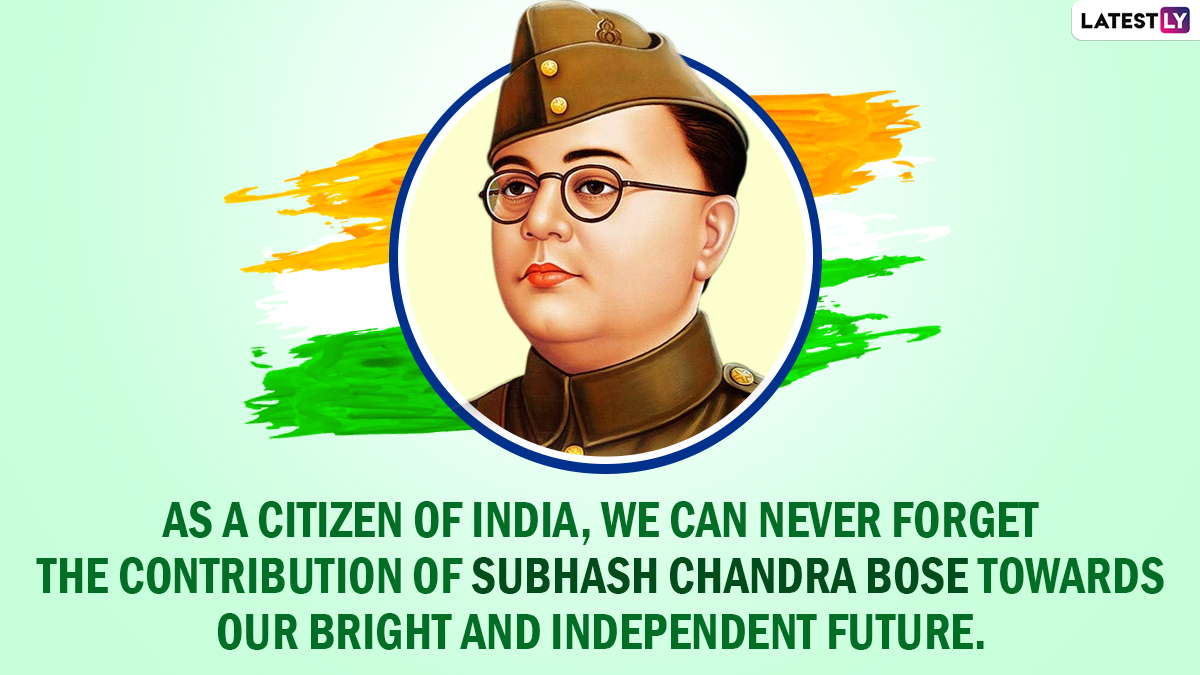 WhatsApp Message Reads: As a Citizen of India, We Can Never Forget the Contribution of Subhash Chandra Bose Towards Our Bright and Independent Future. 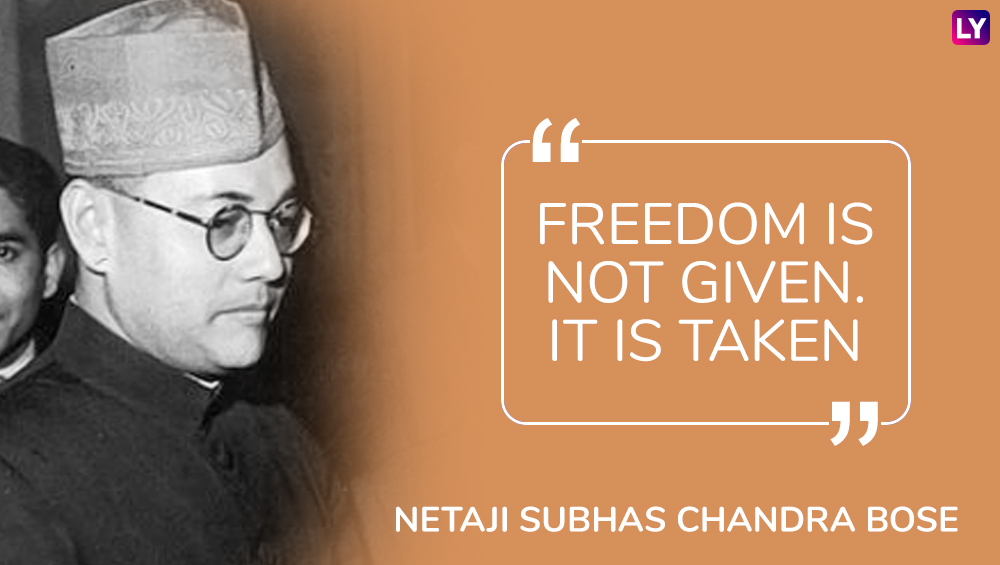 Netaji Subhas Chandra Bose Quote: "Freedom is not given. It is taken." 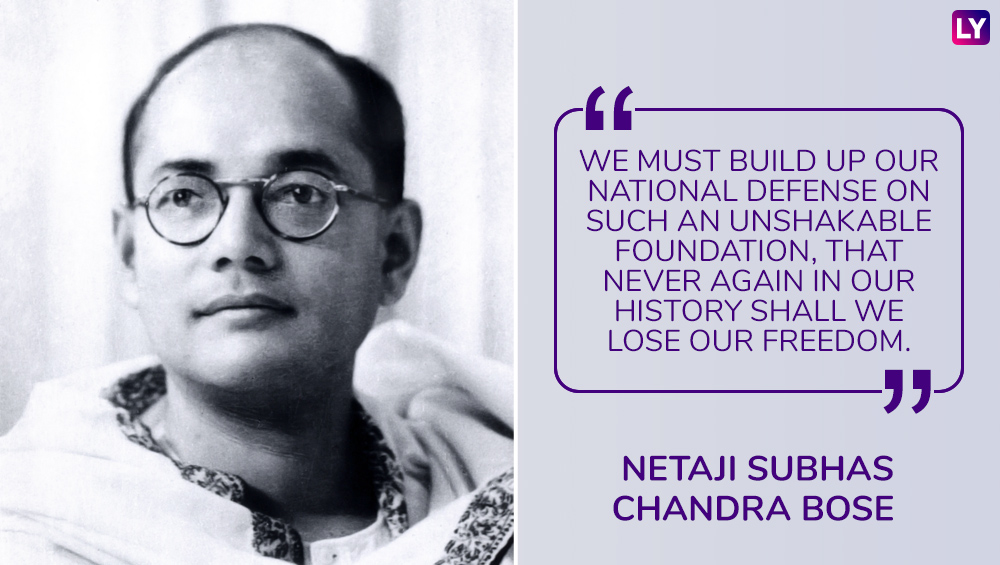 Netaji Subhas Chandra Bose Quote: "We must build up our national defense on such an unshakable foundation, that never again in our history shall we lose our freedom." 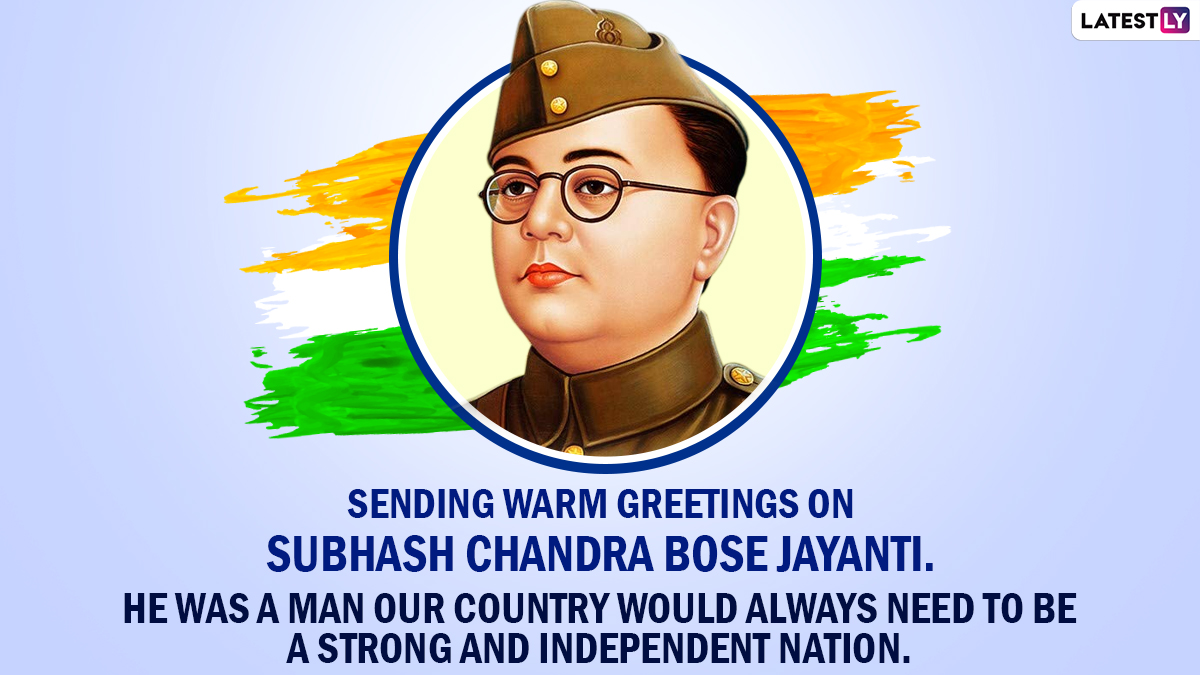 WhatsApp Message Reads: Sending Warm Greetings on Subhash Chandra Bose Jayanti. He Was a Man Our Country Would Always Need To Be a Strong and Independent Nation. 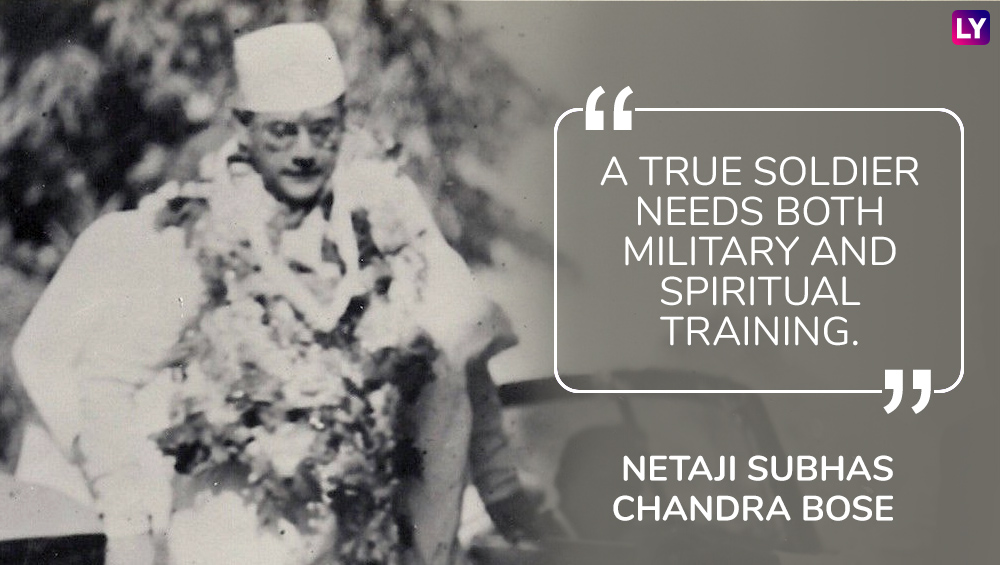 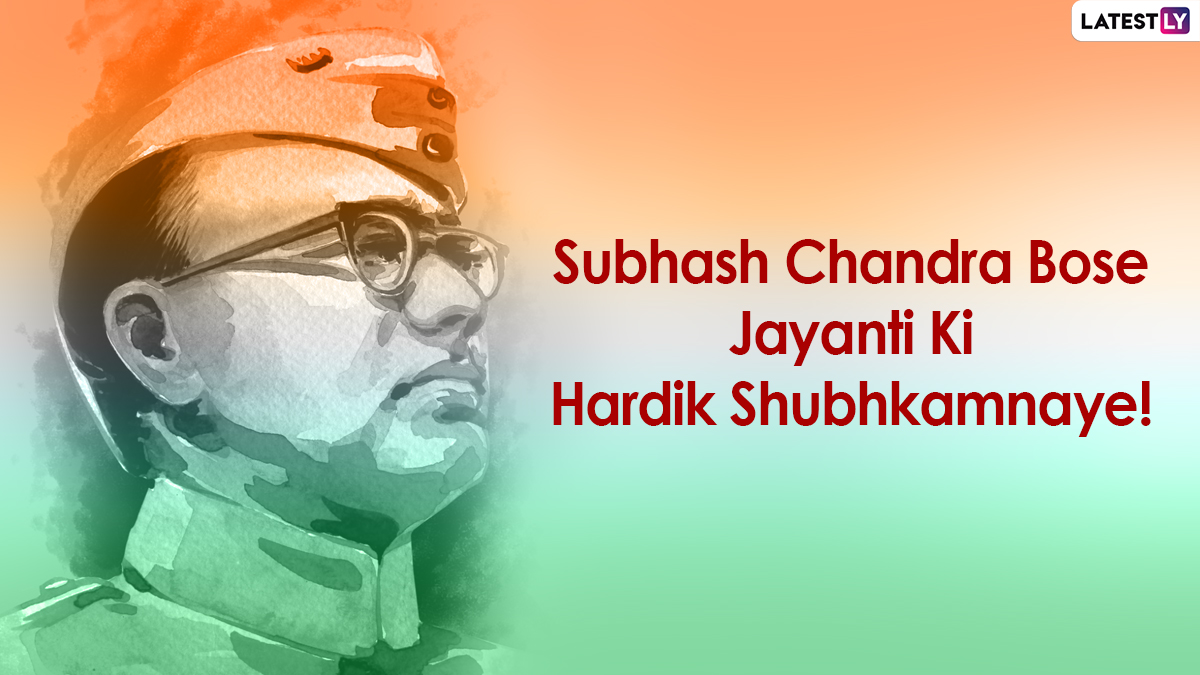 During the freedom struggle, Subhash Chandra Bose was appreciated everywhere. Soon he became an important youth leader. 'You give me blood, I will give you freedom..' became his famous slogan. The name of Ross Island, one of the three islands of the Andaman and Nicobar Islands has been changed to Subhas Chandra Bose Dweep. Subhas Chandra Bose was highly influenced by Vivekananda's teachings and considered him as his spiritual mentor, while Chittaranjan Das was his political mentor. In the year 1921, Bose took over the editing of the newspaper 'Forward' published by the Swaraj Party of Chittaranjan Das.

(The above story first appeared on LatestLY on Jan 21, 2022 11:29 AM IST. For more news and updates on politics, world, sports, entertainment and lifestyle, log on to our website latestly.com).