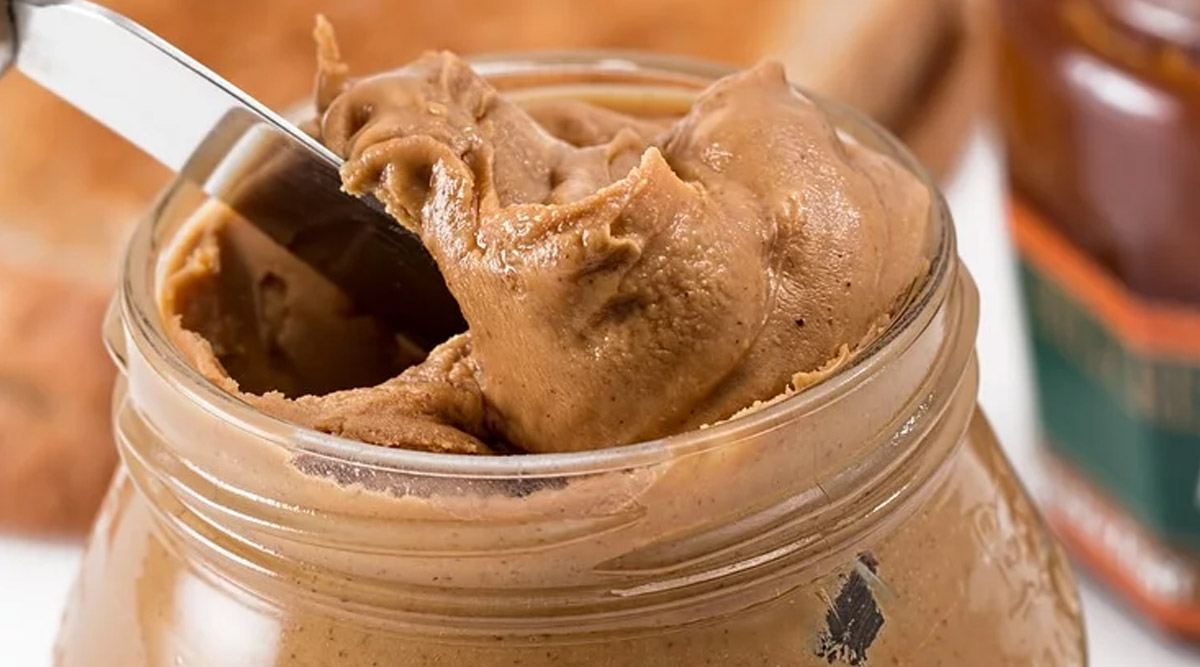 National Peanut Butter Day is celebrated every year in the United States of America on January 24. On this day, the yummy and delicious peanut butter is eaten in different ways. Peanut Butter is quite nutritious, which often serve as the favourite snack food and also found in the breakfast plate. On occasion of National Peanut Butter Day 2020, we will share the health benefits of this spread mostly eaten with the whole with bread. Cheese And Butter For Weight Loss? 6 Healthy Fats That You Should Include In Your Diet.

Peanut butter was not widely used until the 20th century. Until the late 1800s, peanut butter was more considered as animal feed. The four people responsible for bringing peanut butter to masses are Marcus Gilmore Edson of Canada, Dr John Harvey Kellogg, Dr Ambrose Straub of St. Louis, Missouri and chemist Joseph Rosefield. In 1884, Edson developed a process to make peanut paste, while Kellogg, patented a process with raw peanuts in 1895. Dr Straub is responsible for patenting a peanut butter making machine in 1903. Finally, Joseph Rosefield bought peanut butter in the year 1922, through homogenization where peanut oil was separated from peanut solid.

According to the United States Development of Agriculture (USDA) National Nutrient Database, peanut butter is full of vital nutrients such as proteins, carbohydrates, monounsaturated fatty acids, folate, niacin, pantothenic acid, pyridoxine, riboflavin, thiamin, vitamin E, vitamin C, vitamin A. The best part is that it does not contain any saturated fat.

1. Good for Bodybuilding: Around 100 g of peanut butter contains 25-30 g of protein, which when eaten are broken down into amino acids, later these are utilised in each and every cell for repairing and building the body.

2. Reduces Cholesterol: As per the research paper published in the Journal of Food Science and Technology in the year 2016, peanuts consist of compounds like resveratrol, phenolic acids, flavonoids and phytosterols that resist the absorption of cholesterol from the diet.

5. Provides Good Energy: Peanut butter eaten along with whole wheat bread before any endurance activity or intense weight training exercise will help in providing good energy for the session. Peanut butter with bread serves as one of the best food to refill the glycogen level in the body which gets depleted during workout.

After going through these benefits of peanut butter, you should go ahead and enjoy peanut butter not only on National Peanut Butter Day, but also on a regular basis. It must also be noted that peanut butter is high in calorie, therefore it should be eaten in moderation to avoid weight gain.