In 2016, Noel on the back of his successful YouTube Channel and establishment of Meme boss, Noel decided to launch EDGEZ Media Group, a creative agency based in Sydney, Australia. The agency focussed on driven individuals who brought a wide variety of skills and experience to the table. 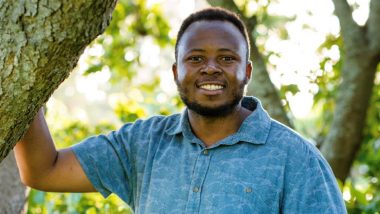 Noel began his career via his YouTube channel named ‘EDGEZ’ in 2012, at aged 15 which catered to a wide audience of viewership, from comedy to sports fans. This channel grew over time to over 2.9 million viewers and 14,500 subscribers. Noel utilised this platform to access a wider network of individuals and businesses, and has worked with companies such as Coca Cola Australia, Uber Australia, Audio-Technica, Sean John, No-Scope Glasses and Elgato Game Capture.

Meme boss was the brainchild of Noel and his high school friends which was established in 2015. This was a meme social media page which has driven 1.8 million followers.

In 2016, Noel on the back of his successful YouTube Channel and establishment of Meme boss, Noel decided to launch EDGEZ Media Group, a creative agency based in Sydney, Australia. The agency focussed on driven individuals who brought a wide variety of skills and experience to the table.

The experience and knowledge EDGEZ Media Group (and Noel) gained from this experience led to the launch of several other brands and companies within the art and entertainment industry. The Group collectively  thus far has turned over half million (AU$500,000) in profits since launch now operating between Sydney, Los Angeles, Melbourne & Amsterdam, Netherlands.

The media group he leads is behind Treason Flowers launched in 2017 an artistic collective and production company operated by Paul Matereke his brother & Sean Burns involving a variety of creative professionals from photographers to videographers and composers from Australia. Due to the wide array of creatives that Treason Flowers have under their wing, they were able to take on a large variety of work from different sources. Some notable sources being The Art Gallery of New South Wales, The Japan foundation and Antenna Film Festival.

As if this level of entrepreneurship wasn’t already enough, Noel also then went on to establish SWANKY ARRAY, which is a platform with the aim of connecting art and music together into one. SWANKY ARRAY opens up a space for artists who enjoy music to connect with others, and they have since brought together almost 600 guests to their gatherings, which has led to numerous sold out events.

The success of SWANKY ARRAY’s success has also led to the launch of SWANKY Audio, a podcast for local artists and SWANKY Care+ a non-profit focussed on helping and taking care of artists. The non-profit has received a $5,000 investment from SWANKY ARRAY in order to create meals and packages for families affected with COVID-19 during Christmas 2020.

Noel Matereke has also recently established the brand ‘Skate Bonus’ which encapsulates skating culture relating to the sport as a whole, as well as the associated fashion and lifestyle. This platform now receives up to 500 daily content submissions, and has had 120 million visitors over the last three months.

It is clear that Noel Matereke is an entrepreneurial superstar in the making in the media industry, and has shown his ability to develop and grow from a young age. It will certainly be exciting to see what he develops next, and how his current ventures continue to grow exponentially.