Obesity Leads To Infertility in Both Men and Women, India 3rd On List of Countries With Most Obese People

Obesity is a chronic medical condition characterized by too much body fat. According to the WHO, 1.2 billion people worldwide are officially classified as overweight. 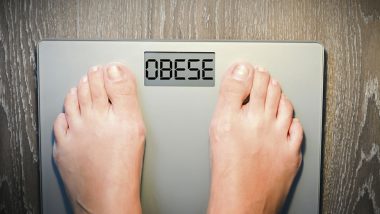 Obesity Increases Risk of Infertility Among Both Men and Women (Representative Image: ANI)

New Delhi, February 19: Obesity is a chronic medical condition characterized by too much body fat. According to the WHO, 1.2 billion people worldwide are officially classified as overweight.

As per a study published in the noted Lancet, India is just behind US and China in this global hazard list of top 10 countries with the highest number of obese people.

India is under siege: junk food, alcohol and sedentary lifestyle are leading us to silent self destruction, making one in every Indian men and women either obese or overweight.

According to ICMR bulletin, it is estimated that globally between 60-80 million couples suffer from infertility every year, of which probably between 15- 20 million are in India alone.

"We are all aware that being obese is not healthy. It's not a choice that one makes in life, contrary to popular belief. No one would want to suffer the problems caused by obesity. The reason for obesity can be anything from eating disorders to depression to lack of physical activities to hormonal imbalances etc.

What is important is to take a step with determination and be a part of the fight against obesity," said Dr. Shobha Gupta, Medical Director and IVF Specialist from Mother's Lap IVF centre.

What fertility issues are caused by excessive weight gain?

• Obesity also increases the risks of high blood pressure and diabetes during the pregnancy.

"I see at least 25 to 35 patients in a day coming to me for infertility, out of which 50 to 60% are obese. Current figures in New Delhi indicate that every second person fulfills criteria of obesity or has excess abdominal fat," Gupta said.

"Women who are obese are also at a greater risk for pregnancy complications like having a C-section, giving birth to a large baby or even developing gestational diabetes and hypertension," she added.

The obesity epidemic in teenage girls and also in men has led to increased insulin production and in some cases, a hormonal imbalance, called polycystic ovary syndrome (PCOS), can lead to heart disease, diabetes, and infertility.

"Many young girls complaint about irregular periods, skin acne and abnormal hair growth on their body which appear to be caused by a higher than normal production of male hormones," said Dr. Shweta Goswami, Gynecologist and IVF Expert from Jaypee Hospital, Noida.

"If overweight girls with PCOS can lose upto15 kg, they might resume their regular periods without medication. This would also improve their other PCOS related symptoms and also increases their chances of conceiving," added Goswami. Follow these steps to reduce your weight:

- Go for a balanced diet: Eat 3 meals in a day and include fruits and vegetables in your diet

- Complete your 6 to 8 hours of sleep

- Twice a day, go for brisk walking for 30 minutes