The eccentric, melodic and genre-less duo; The Brothers Timberwolf, reunited and skyrocketed back into legendary pop icon status again on Christmas day with the success of their EP “ Christmas Deluxe CD”. 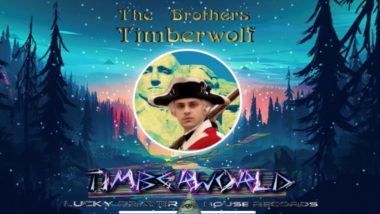 The eccentric, melodic and genre-less duo; The Brothers Timberwolf, reunited and skyrocketed back into legendary pop icon status again on Christmas day with the success of their EP “ Christmas Deluxe CD”. FOX, CBS, NBC and a slew of other high profile news outlets dubbed their first album in ten years as “highly acclaimed”, announcing the brothers have forgiven one another in the “spirit of Christmas”. Now, only a few weeks later, news of the brothers getting on each other’s necks once again has circulated last week after one of the brothers took their petty arguments and bickering to social media... reigniting the decade long feud and announcing a “permanent hiatus” (that was publicly denied by their label representatives who were quick to issue a press release denying the matter and allegations).

This news comes as a great upset to their fans, who call themselves the “TBT Army” and are again torn and divided in separate ways due to fans having conflicting loyalties to both the brothers who have polar opposite values that stem from conflicting religious and philosophical beliefs as well as a romantic triangle between the ex-wife of Dustin Timberwolf and his very own little brother and back-up singer Tustin Timberwolf.

Fans took to social media to express their frustration at the brothers and one another. Many cited a great deal of disappointment in how the duo could only tolerate one another for a week after Christmas, and expressed feelings of ingenuity as if they were “duped into believing a dream that turned out to be a Christmas gimmick for money” as one fan commented on Instagram. For many, it comes as no shock that their camaraderie and phony pleasantries extended to less than a week; and now they’re back on each other’s necks making a public spectacle and disgracing their family.

The brothers were reportedly given a generous cash advance of an undisclosed sum by a distinguished online prayer organization’s new subsidiary record label, Lucky Prayer House Records. Their label representatives declined to comment but sent out a professional press release stating that there is no hiatus and that their 2021 album “AQUARIUS”  is still currently in production as the two accepted a hefty cash advance that obliges them to continue working together and releasing music for Lucky Prayer House Records.