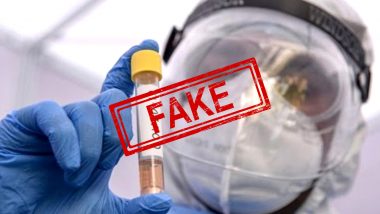 Upon scrutinising the information in mainstream media, it was found that no official was quoted as saying that 40 passengers tested positive. No credible media outlet carried such a news, apart from a regional daily which deleted it shortly after posting it on their social media handle.

While it was true that COVID-19 cases were confirmed among the returning passengers, the numbers were exaggerated. The fact-check revealed that only two deceased passengers tested positive for the disease. 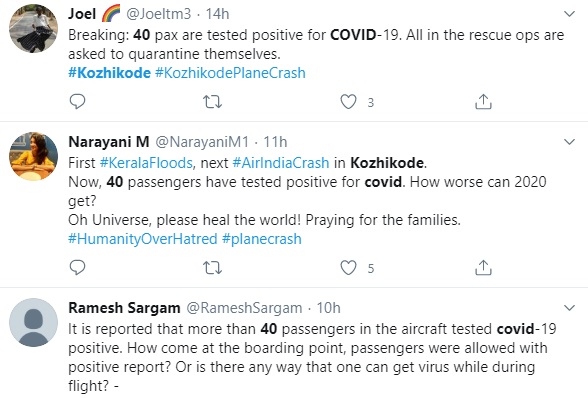 A top regional media outlet had misreported the number of COVID-19 patients earlier today, which led to the fake news being spread. The article was subsequently taken down and its tweets were deleted by the regional media group. A television news anchor had also shared the incorrect news - and later deleted the same.

Officials while speaking to news agency PTI confirmed that only two passengers tested positive for the lethal disease. The CISF officer who were involved in the rescue operations would be quarantined, the officials added.

Notably, the accident in Kozhikode claimed the lives of 18 persons. The plane returning from Dubai crash landed at the Karipur airport, breaking into two pieces. Around 100 passengers were left injured.

Fake news. Only two passengers were reported to have tested positive for the contagious disease

(The above story first appeared on LatestLY on Aug 09, 2020 12:09 AM IST. For more news and updates on politics, world, sports, entertainment and lifestyle, log on to our website latestly.com).