Mike Tyson Did Not Offer $10 Million to Man Who Will Marry His Daughter; Here's The Truth as Fake News Goes Viral 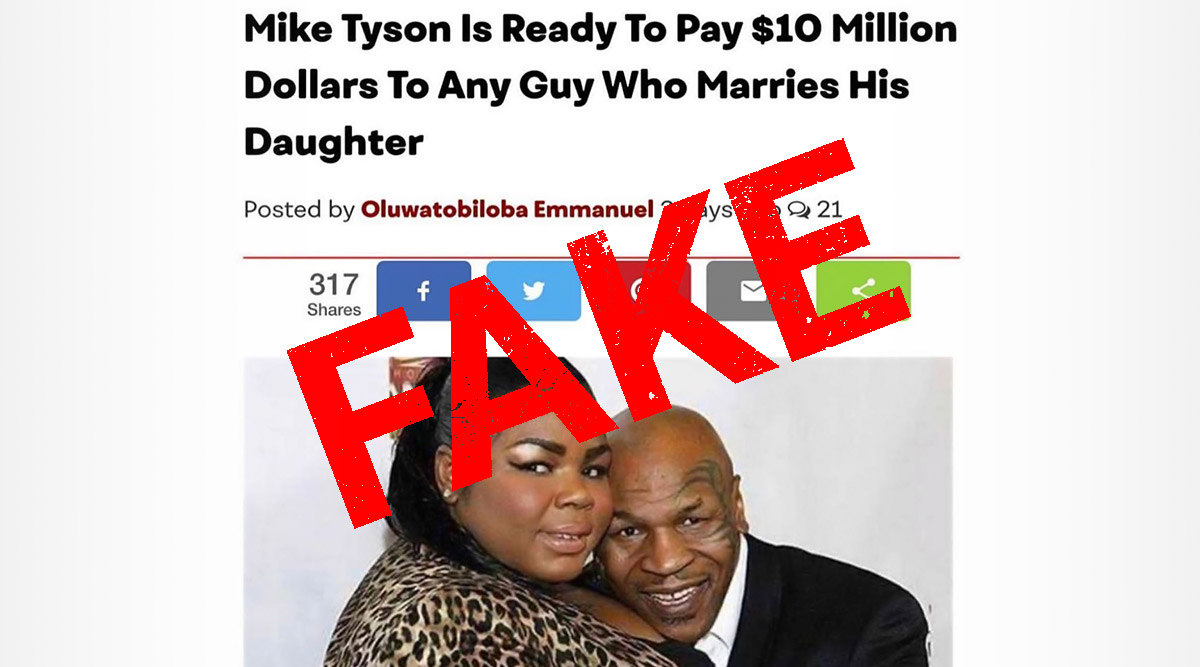 A piece of news that is being circulated on social media states that American professional boxer Mike Tyson is planning to give US$10 million to the man who will marry his daughter. It states that 30-year-old Mikey Lorna Tyson is of marriageable age and that Mike is looking for a suitable husband for her. Tyson has been married three times. He has fathered seven children, one deceased, by three women. However, it has been proven that Mike Tyson has not made any such offer.

As the news spread on social media, Mike Tyson reportedly said that he is unhappy about such stories being spread about it. It was originally published by Hit News after which the story was published on multiple news websites. However, many other websites refused to take down the articles from their sites. The former boxer said that the claims are false and he did not make any such declaration regarding his daughter's marriage. It is not known from where the news website which published the claim got the information.

I’m waiting for his reply. What ya think he’s going to do or say?

Mike Tyson was a professional boxer who competed from 1985 to 2005. He was the undisputed world heavyweight champion and holds the record as the youngest boxer to win a heavyweight title, at 20 years, four months, and 22 days old. He married thrice and has seven children. He was diagnosed with bipolar and also an alcoholic.

Some news reports claimed that football player Mike Tyson is planning to offer $10 million to the man who will marry his 30-year-old daughter Mikey Tyson.

Mike Tyson has not made any such claims and it is completely a fake story. It is not known where the website which initially published the story received the information from.