Georgia Journalist's Butt Was Groped by Youth Minister on Live TV While She Was Reporting on Savannah Bridge Run! 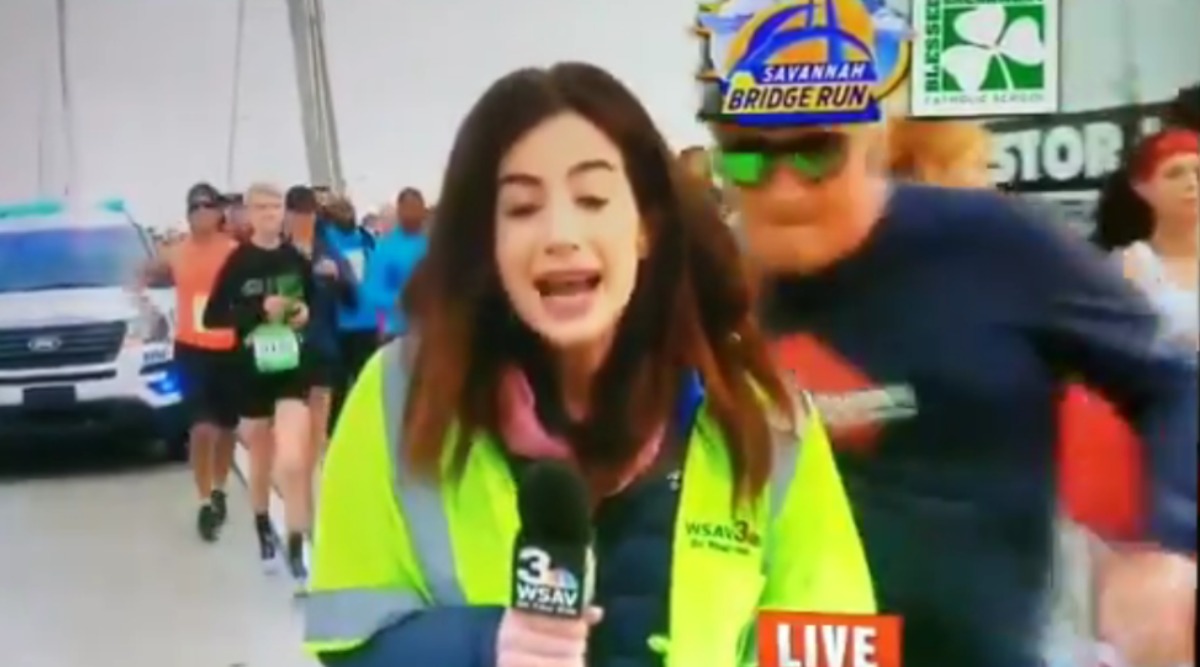 Video of a Georgia journalist being groped during live reporting had gone viral on social media platforms earlier this week. In the video, a runner can be seen slapping reporter Alex Bozarjian's butt during a live broadcast. The incident had angered social media users and kickstarted discussion on the safety of journalists reporting on the field. After the video went viral, it has now surfaced that the culprit was a youth minister.

Alex Bozarjian posted the video to Twitter, with the caption, "To the man who smacked my butt on live TV this morning. You violated, objectified, and embarrassed me. No woman should EVER have to put up with this at work or anywhere!! Do better." Georgia Reporter Groped on Live TV by a Jerk Participant During Running Event, Journo Slams the Runner for Slapping Her Butt!

Here is The Video of The Incident:

Georgia man Tommy Callaway who was identified as a youth church minister from Statesboro is said to be the one who committed the act. His name and cross-reference of his bib number have been confirmed from social media posts and the MarathonInvestigation website. Daily Mail also confirmed that the number,  7553 in images of the runner, was listed under Callaway's name and his statistics at OnlineRaceResults.Video of Bulgarian Boxer Kissing Journalist Goes Viral: 4 Other Incidents Where Reporters Faced Sexual Harassment.
Savannah Sports Council on Sunday tweeted saying that action should be taken against the responsible. The organisation tweeted, "Yesterday at the Enmarket Savannah Bridge Run a reporter from WSAV was inappropriately touched by a registered participant of the event. Our title sponsor, Enmarket and the Savannah Sports Council take this matter extremely seriously and fully condemn this individual’s actions,' the group said.
The further tweeted, "Yesterday afternoon we identified him and shared his information with the reporter and her station. We will not tolerate behaviour like this at a Savannah Sports Council event. We have made the decision to ban this individual from registering for all Savannah Sports Council owned races."
Comments
Tags:
Alex Bozarjian Georgia Journalist Georgia man reporter Savannah Bridge Run Tommy Callaway youth minister
Comments
You might also like