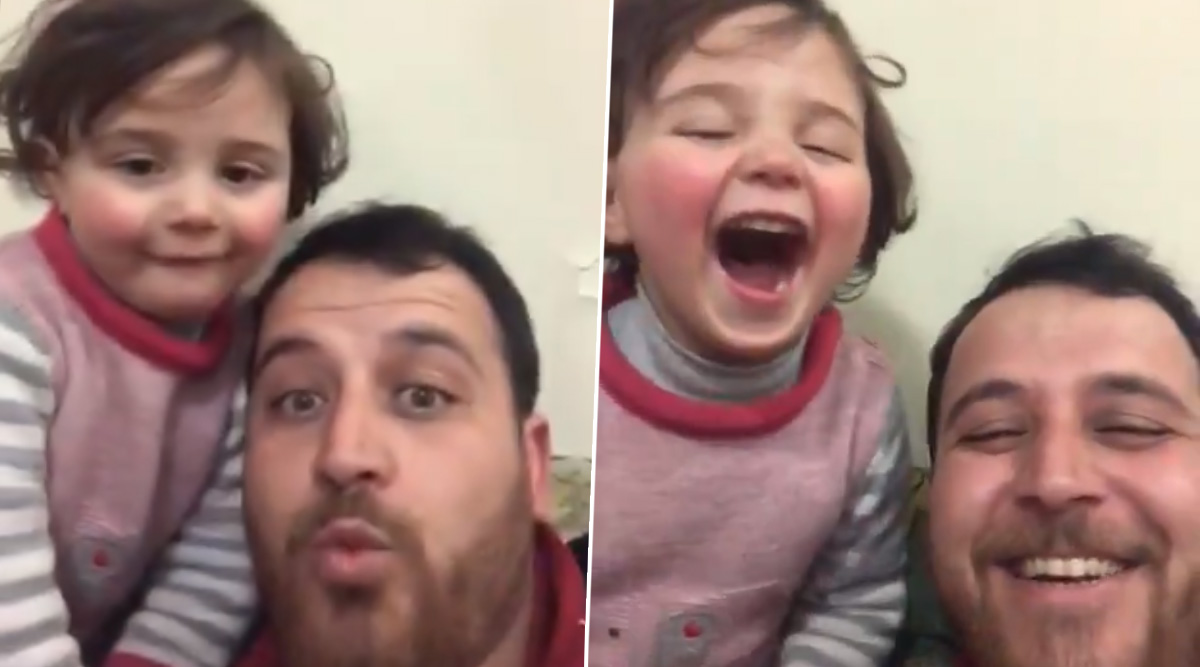 Video of a father-daughter from Idlib in Syria has left the social media in tears. In the clip, the father is teaching his daughter to laugh every time they hear the sound of bombing or warplane. He is encouraging her to laugh so that she does not get scared of the repeated loud noise. He is trying to ease the tense situation and change the constant fear present in his daughter's mind. In the video four-year-old Selva is seen standing next to her dad Abdullah as he records them. This Baby at Refugee Camp Offering Food to Journalist Will Restore Your Faith in Humanity in Times of War.

As the video begins he tells her, "We’re going to laugh when it drops." Soon later, it is followed by the sound of bombing or warplane. And they both laugh together like sharing a happy moment. As the video went viral, various reactions started pouring in. Sharing the video, a Twitter user wrote, "This is the most heart-wrenching thing you will hear." Social media users poured out their empathies to the little girl and the father who is trying to make his daughter feel better. People wrote on Twitter that the video was more than what they could take in.

Syrian Father Daughter Laughing to Distract From Sound of Bombing:

what a sad world,

To distract 4-year old Selva, her father Abdullah has made up a game.

Each time a bomb drops in Idlib #Syria, they laugh, so she doesn’t get scared.

Sharing the video, a journalist wrote, "What a sad world. To distract 4-year old Selva, her father Abdullah has made up a game. Each time a bomb drops in Idlib #Syria, they laugh, so she doesn’t get scared". The video has surfaced online amidst heavy bombing in Idlib, which is one of the opposition-held strongholds in Syria. Hundreds of thousands of Syrians and refugees who have fled wars have settled there. Syria's nine-year-old conflict has leftover 5,00,000 dead and is it is one of the worst in the series of the humanitarian crisis.