A 12-year-old boy from Colorado named Joshua Haileyesus is the recent victim of TikTok's Chocking Challenge, who reportedly became brain dead after attempting the dangerous game. His family is in a challenging situation, and doctors say his chance for survival is ‘extremely unlikely.’ This incident is raising concerns among parents who are worried about their kids. 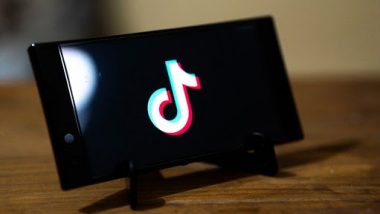 The online trends, at times, could create devastating repercussions. Our younger generation quite often becomes a victim of such viral games that may lead to dangerous results. The latest one being the ‘Blackout Challenge,’ also called the ‘Chocking Challenge’ or ‘Space Monkey’ or the ‘Pass-out Challenge.’ A 12-year-old boy from Colorado named Joshua Haileyesus is its recent victim, who reportedly became brain dead after attempting the dangerous game. His family is in a challenging situation, and doctors say his chance for survival is ‘extremely unlikely.’ This incident is raising concerns among parents who are worried about their kids.

There is a long history of creepy internet challenges freaking out parents. Momo Challenge went insanely viral in the past years, where the Momo allegedly targets young children by encouraging them to text a number on WhatsApp, which then sends the instructions to complete a series of increasingly bizarre and dangerous tasks, which at times involved taking their own lives. If that wasn’t enough, TikTok’s Blackout Choking Challenge has created ruckus on the video-sharing platform. At the start of this year, a disheartening incident of a girl in Italy who was killed after trying the viral TikTok challenge led to a ban of the app for certain users in the country.

According to reports, 12-year-old Joshua was discovered unconscious following his family believes was an attempt to the viral TikTok Choking Challenge. He was found lying on the bathroom floor of his family’s home by his twin brother on March 22 and was immediately taken to the hospital, where the doctors said that his chance for survival is ‘extremely unlikely.’ The challenge encourages participants to choke themselves until they pass out.

“Joshua was discovered breathless on the bathroom floor by his twin brother who tried to resuscitate him until neighbors and the ambulance arrived. Unbeknownst to his parents, Joshua had been playing this dangerous game completely unaware of the risks involved,” reads the GoFundMe page created to raise funds for his treatment. With this, the family also hopes to raise awareness about the online challenge to spare other parents from a similar experience.

Last year, a 12-year-old boy from Kota, India, died by accidentally choking himself to death while attempting to shoot and upload his video on TikTok. The video-sharing app also recently introduced privacy controls for teenagers on its platform, saying their accounts will be more private by default and strangers cannot see or comment on their videos. With a private account on TikTok, only someone who the user approves as a follower can view their videos.

(The above story first appeared on LatestLY on Apr 02, 2021 01:59 PM IST. For more news and updates on politics, world, sports, entertainment and lifestyle, log on to our website latestly.com).