RRR Trailer Launch: Alia Bhatt Steals the Limelight As She Opts for a Red Saree With Sparkly Blouse at the Event (View Pics)

SS Rajamouli's RRR trailer released today (December 9). The makers also gathered together in Mumbai to witness the larger-the-life trailer. However, it was Alia Bhatt at the event who popped stylewise and how.

The much-awaited magnificent trailer of RRR starring Ram Charan, Jr NTR, Ajay Devgn, and Alia Bhatt was unveiled today (December 9). The makers also held a trailer launch event of RRR, which saw director SS Rajamouli and all the stars in attendance. However, it was Alia's fashion at the launch event that stood out from the rest. As the actress was seen opting for a chiffon saree with a sequin blouse. Her six-yard had lacy details and Alia was surely a show-stealer at the event. Talking about the male leads, they all were dressed in black attires. RRR Trailer: Ram Charan, Jr NTR, Alia Bhatt and Ajay Devgn’s Magnum Opus on Two Indian Revolutionaries Is High on Action (Watch Video). 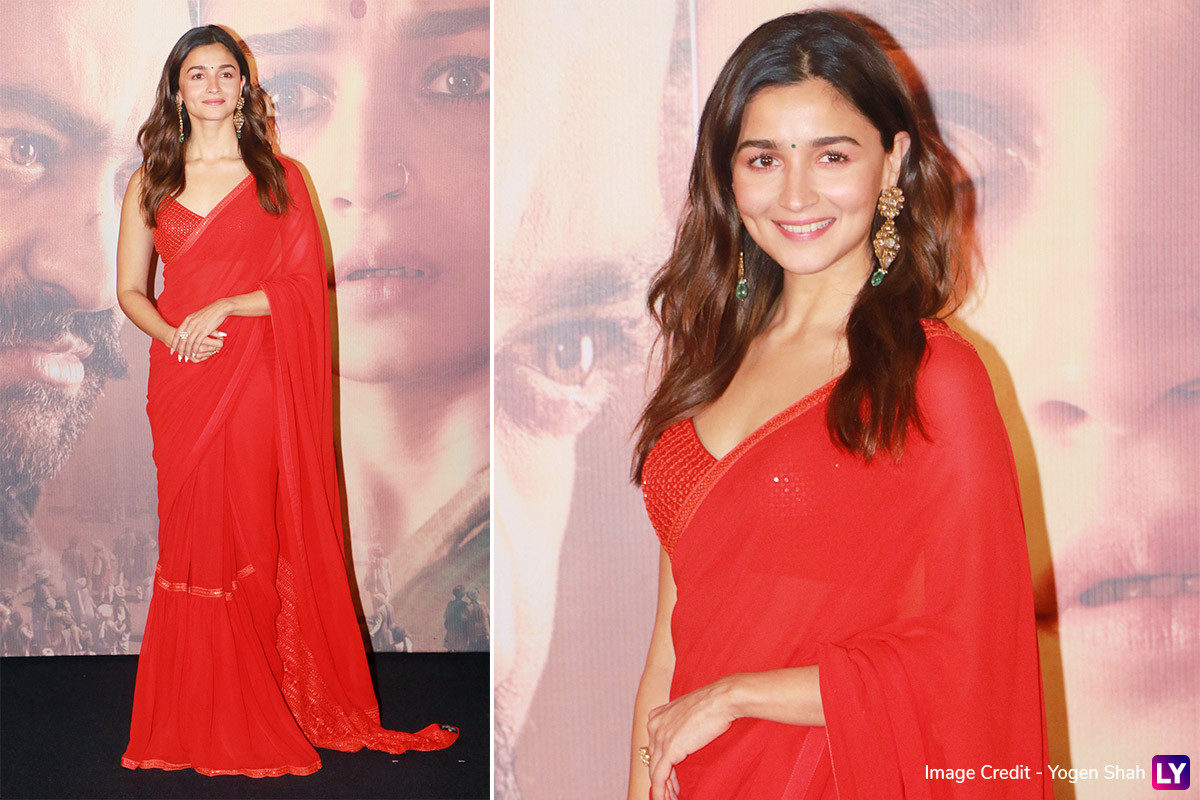 The Deep Back of Alia's Blouse... Hot! 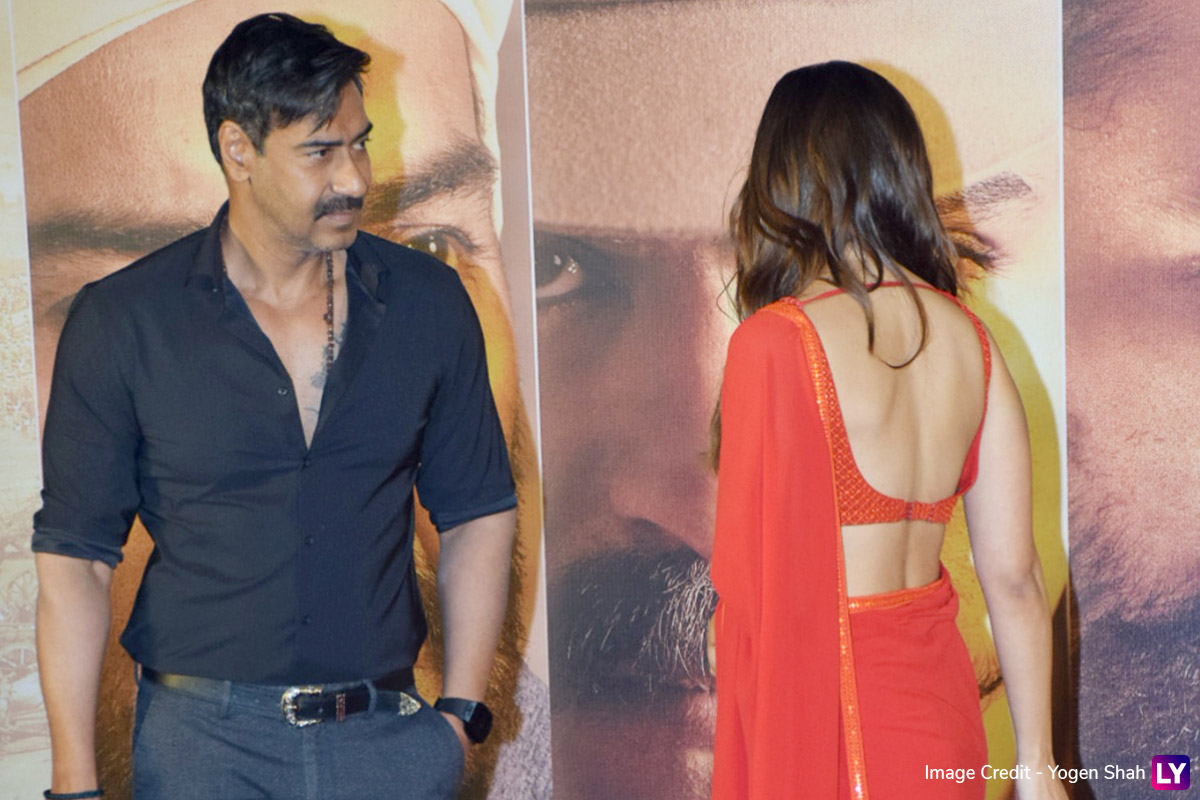 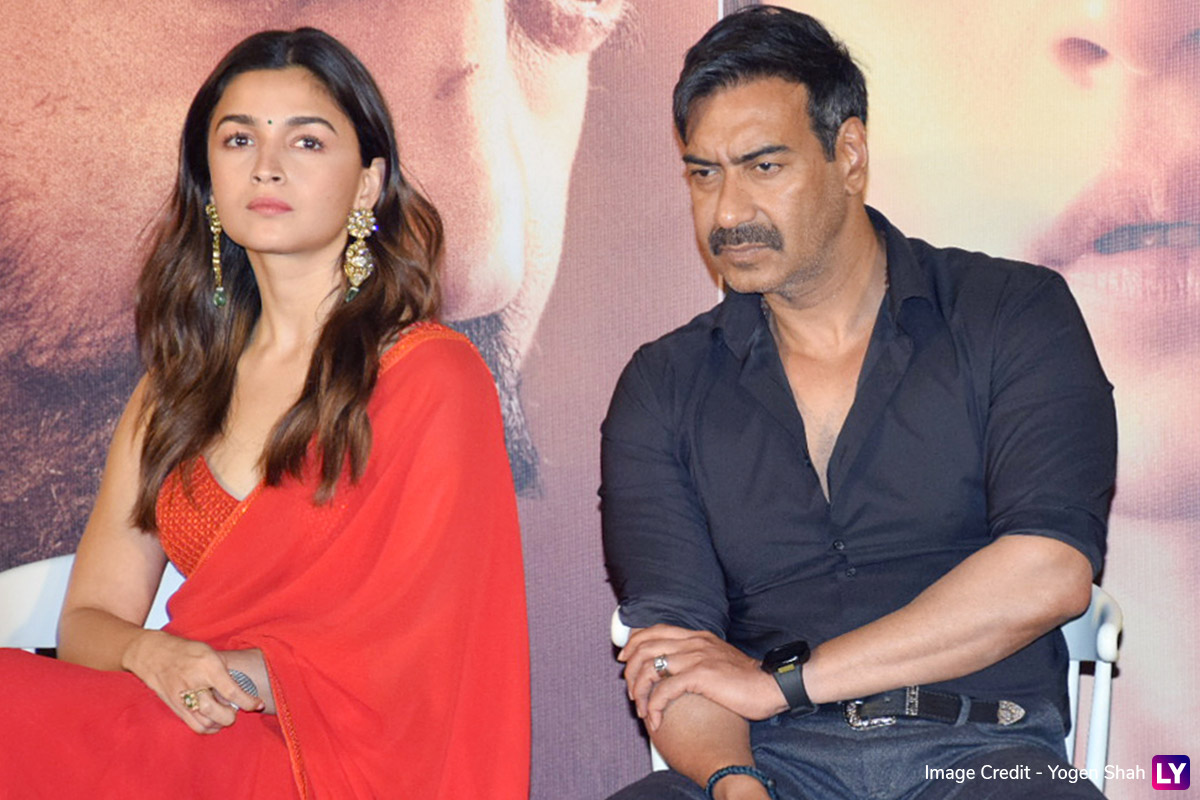