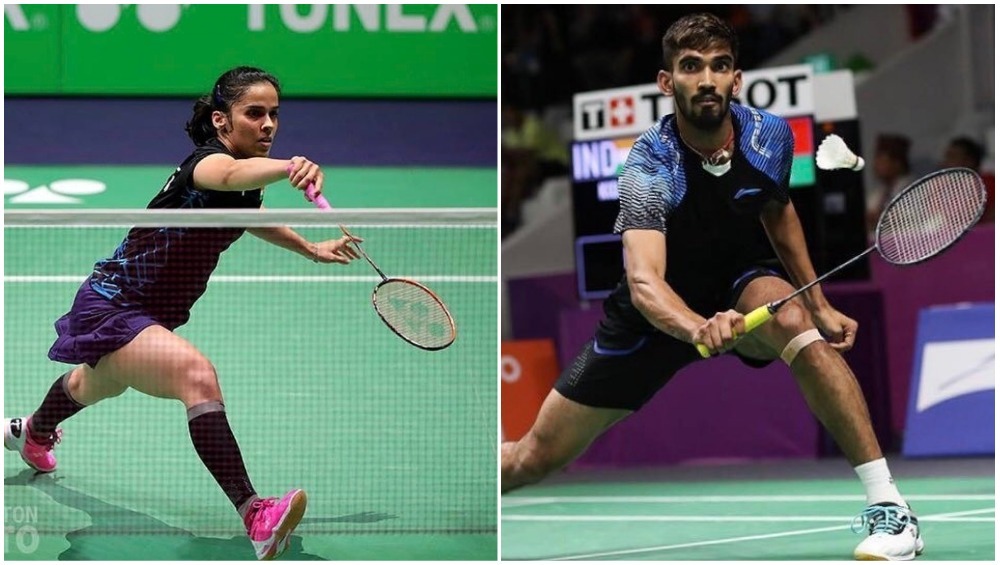 Barcelona, February 17: All eyes will be on Saina Nehwal and Kidambi Srikanth as they look to keep their Olympic hopes alive when they take part at the Barcelona Spain Masters starting on Tuesday here. Saina and Srikanth have had a rough 2019 and could not better their performance at the turn of the calendar.

The pair are currently ranked 18th and 15th respectively, while being placed 22nd and 26th in their rankings, which takes into consideration only the points collected from the tournaments played in the last one year. It will be a race against time for them as BWF Olympic qualification rules say only two players from each singles category can qualify if their ranking is within the top-16 by April end.

Meanwhile, Parupalli Kashyap will meet Brazil's Ygor Coelho, while H.S. Prannoy will take on Malaysian Daren Liew in the opening round. Sourabh Verma will meet Israel's Misha Zilberman, while Sameer will be up against Praneeth.

In doubles, the women's pairing of Ashwini Ponnappa and N. Sikki Reddy will face the Chinese pair of Chen Lu and Xu Ya, while the men's combination of Pranaav Jerry Chopra and Krishna Prasad Garaga will meet England's Ben Lane and Sean Vendy.

The mixed doubles pair of Pranaav and Sikki will square off with Mathias Christiansen and Alexandra Boje.