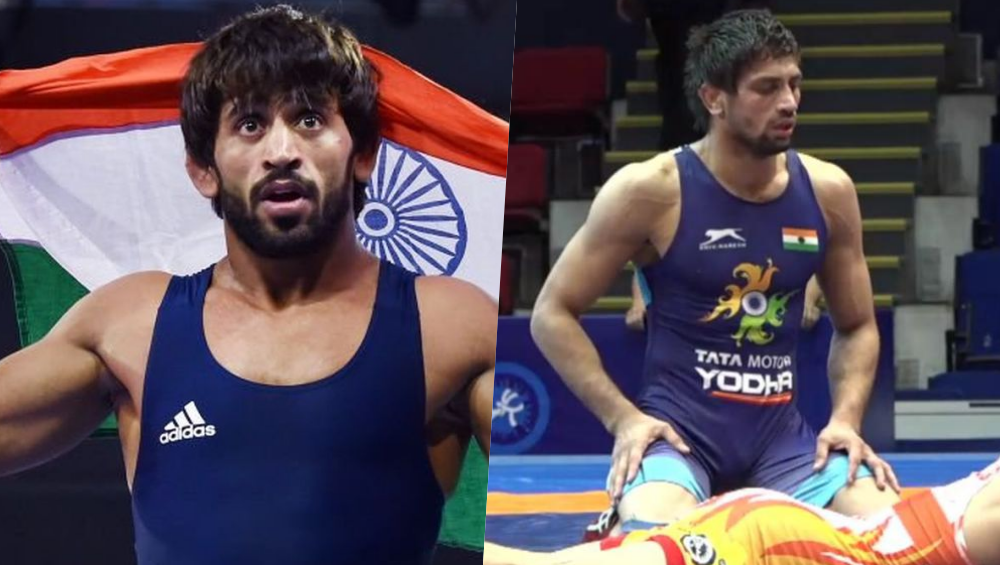 Nur-Sultan (Kazakhastan), September 19: Ace Indian grapplers Bajrang Punia and Ravi Kumar Dahiya on Thursday secured two quotas for the 2020 Tokyo Olympics after entering the semi-finals of their respective events at the ongoing World Wrestling Championships. Punia, currently ranked World No.1, entered the semi-finals in the 65-kg weight category after beating North Korean grappler Jong Son 8-1 in the quarter-finals to confirm his seat on the flight which will be heading to Tokyo next year. Vinesh Phogat Scripts History at 2019 World Wrestling Championships, Sets India's Hopes High For Gold at 2020 Tokyo Olympics.

Before that, he had defeated David Habat of Slovakia 3-0 in the pre-quarterfinals. Earlier in the day, Punia kicked off his campaign with a 9-2 win over Poland's Krzysztof Bienkowski. He will now face local Daulet Niyazbekov for a place in the finals. Meanwhile, Kumar booked his tickets for the Tokyo Games after upsetting former World Champion Yuki Takahashi 6-1 in the quarter-finals of the 57-kg weight category.

Before that, Kumar overcame a stiff challenge from Armenia's Arsen Harutyunyan and emerged victorious by winning the bout 17-6 in the pre-quarterfinals. He had opened his campaign by thrashing Sunggwon Kim of Korea 11-0. He will now face Zavur Uguev of Russia for a place in the finals. On Tuesday, Asian Games gold medallist Vinesh Phogat secured India's first Olympic quota in wrestling by winning the bronze medal in 53 kg freestyle category.