Ahead of PAK vs AUS ICC CWC 2019, Aaron Finch Says 'Would Love to Play in Pakistan' 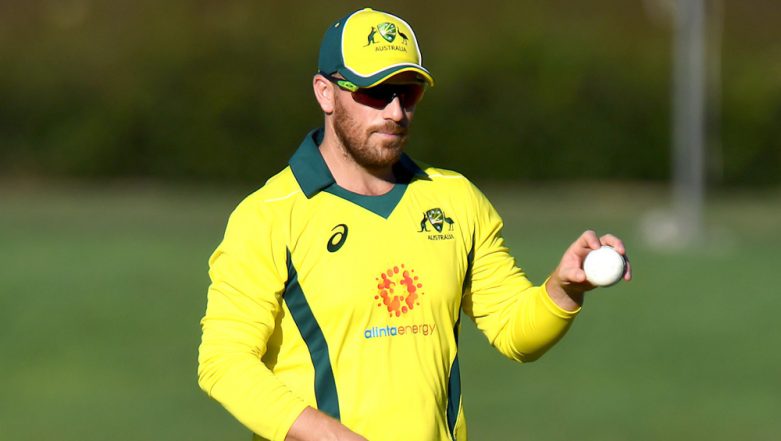 Taunton (England), June 11: Australia captain Aaron Finch said on Wednesday that he would "love to play" in Pakistan. "It's such a wonderful country. You hear of stories of guys who played there in the past that said how amazing it is to play there," Finch told reporters on the eve of Australia's 2019 World Cup match against Pakistan. Australia vs Pakistan, ICC Cricket World Cup 2019 Match Preview: Amid Rain Scare in Taunton AUS Look to Bounce Back Against Rejuvenated PAK.

"From all reports, the guys who played there said it was an amazing time to play cricket in Pakistan, just for them to have cricket back in their home country where there's so much love and passion for the game is incredible." ICC Cricket World Cup 2019 Schedule in IST, Free PDF Download: Full Timetable of CWC19 Fixtures With Match Timings and Venue Details.

While international cricket has largely been absent in Pakistan since the 2009 attack on the Sri Lankan team in Lahore during a Test series, Australia have not toured the country since 1998/99. Since 2008, the only international teams to have played in Pakistan are Zimbabwe in 2015/16 for a lone T20I and West Indies for three T20Is in 2018.

"I'm sure that all countries and the ICC and everyone involved is doing their due diligence in making sure that security and everything is looked at to make sure that when cricket is ready to go back to Pakistan," said Finch.