Highest Partnerships in ODIs: Listing Top Five Stands for Any Wicket Including 318-Run Partnership Between Sourav Ganguly and Rahul Dravid

There have been only five instances of batsmen stitching partnerships of over 300 runs in ODIs. Meanwhile, we take a look at the five highest partnerships for any wicket in ODIs. 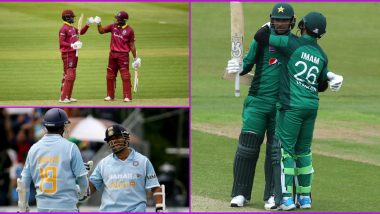 The partnership between batsmen is vital in any form of cricket, be it Tests or ODIs. And batsmen who have been able to forge big partnerships have helped their teams set up wins. Test cricket has seen some massive partnerships, and that’s understood given the nature of the format. In ODIs batsmen have managed to form some big partnerships as well. Though there have been only five instances of batsmen stitching partnerships of over 300 runs in ODIs. Meanwhile, we take a look at the five highest partnerships for any wicket in ODIs. Interestingly, the list is dominated by West Indies and Indian batsmen. MS Dhoni vs Rishabh Pant Stats Comparison: Here’s How the Two Wicket-Keeper Batsmen Fare Against Each Other After Specific Matches in Tests, ODIs and T20Is. 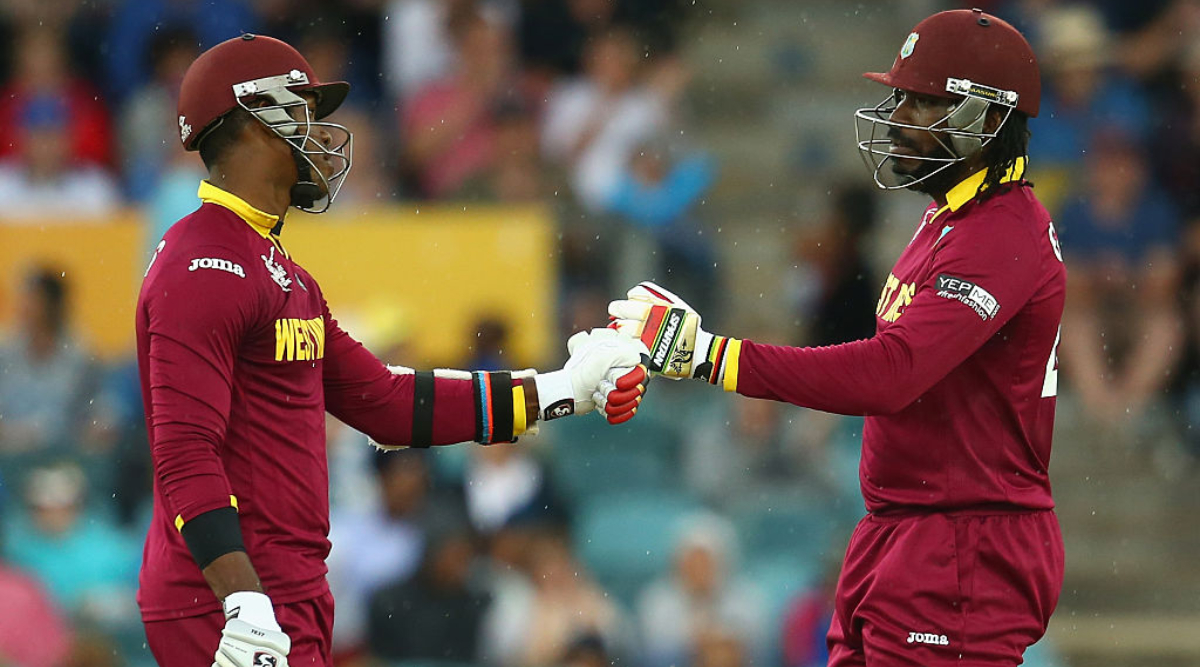 During the ICC Cricket World Cup 2015 group stage match, Gayle and Samuels destroyed Zimbabwean bowling with a record stand of 372 runs for the second wicket. This is the highest partnership for any wicket in ODIs. After Windies lost Dwayne Smith for a duck in the opening over, Samuels joined Gayle, and the duo wreaked havoc. The partnership lasted till 50th over and ended with Windies’ innings. Gayle ended up scoring 215 off 147 balls and was dismissed on the last ball of the innings. Samuels scored unbeaten 133. 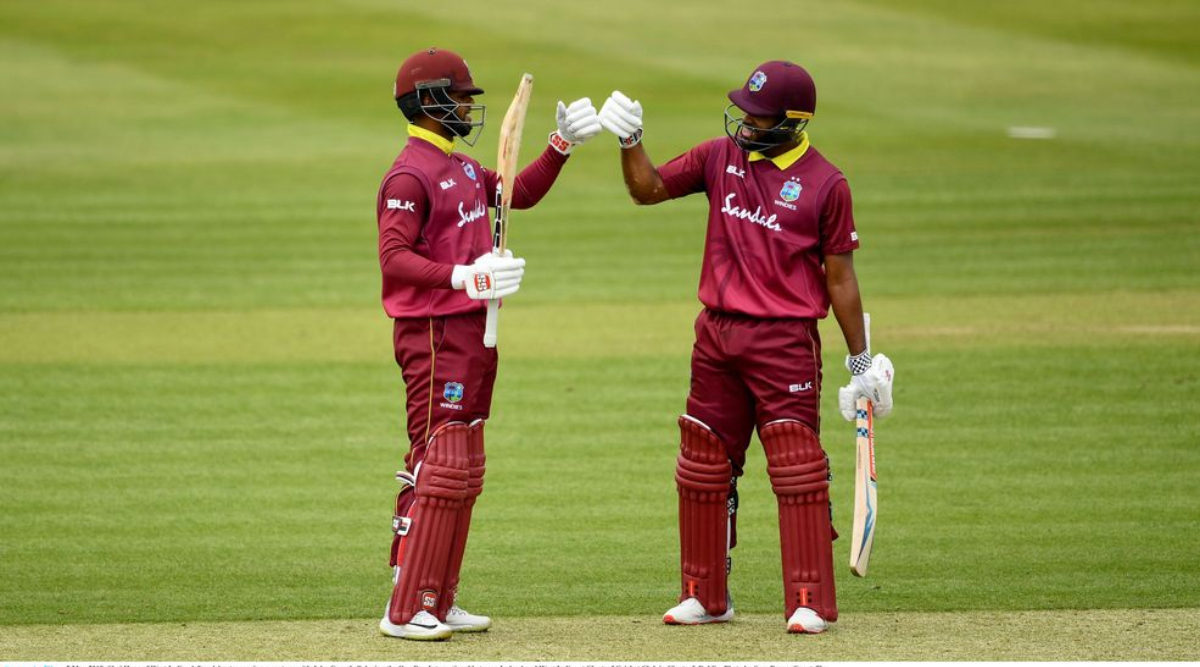 Another West Indies opening pair entered record books after a missive partnership for the first wicket. Campbell and Hope added 365 before being separated in the 48th over. It is the highest opening partnership in ODIs and also the first instance of openers posting over 300 runs. Campbell finished with 179 while Hope scored 170. Both these batsmen were dismissed in the same over. Despite No Cricket Here’s Why India Lost Number One Spot to Australia in Latest ICC Test Rankings. 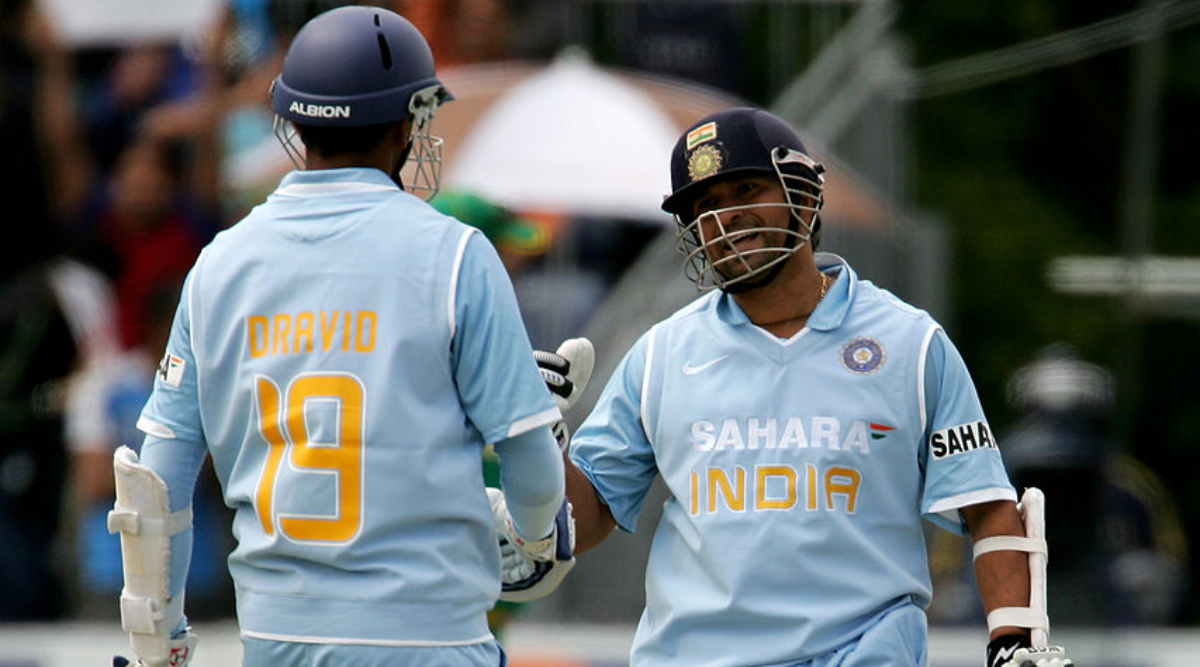 This partnership of 331 runs for the second wicket between two Indian greats ruled the list for many years. This was only the second instance of a partnership reaching 300 or more in ODIs. After India lost Sourav Ganguly in the second over, Dravid joined forces with his captain Tendulkar and made New Zealand bowlers toil hard. Tendulkar finished unbeaten on 186 while Dravid scored run-a-ball 153. 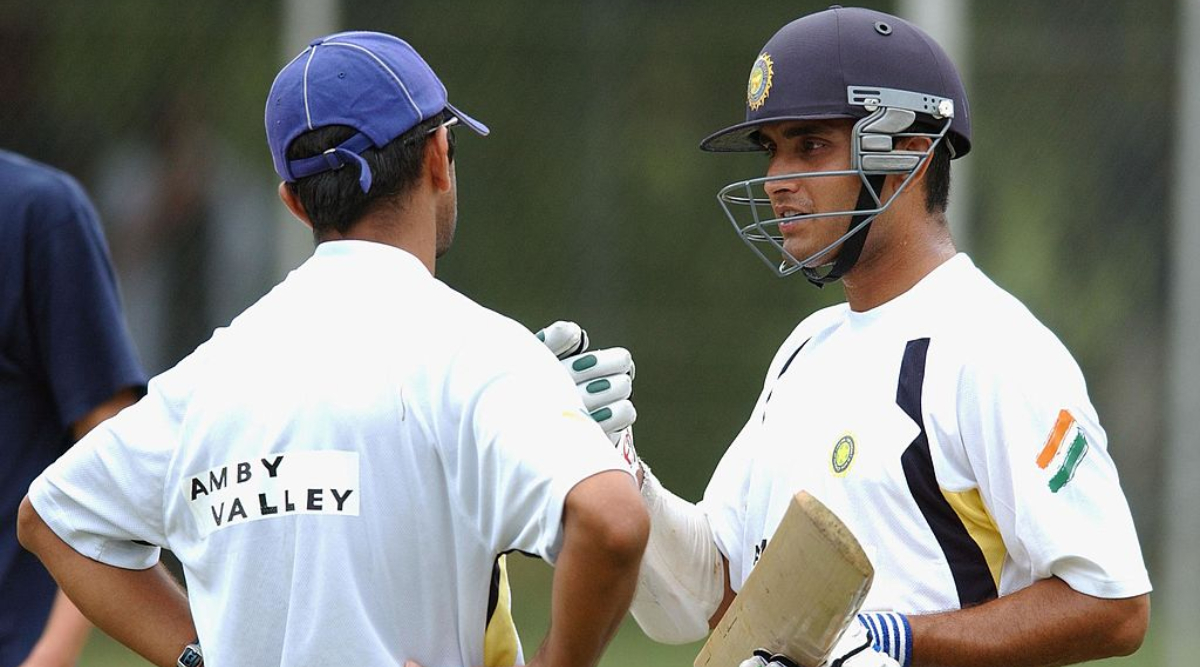 This was the first 300-run partnership in ODIs, and it came after 28 years of ODI cricket. During an ICC Cricket World Cup 1999 match, India lost Sadagoppan Ramesh early in the first over, and then Ganguly and Dravid took charge to post 318 runs for the second wicket. Ganguly scored 183 and Dravid made 145. 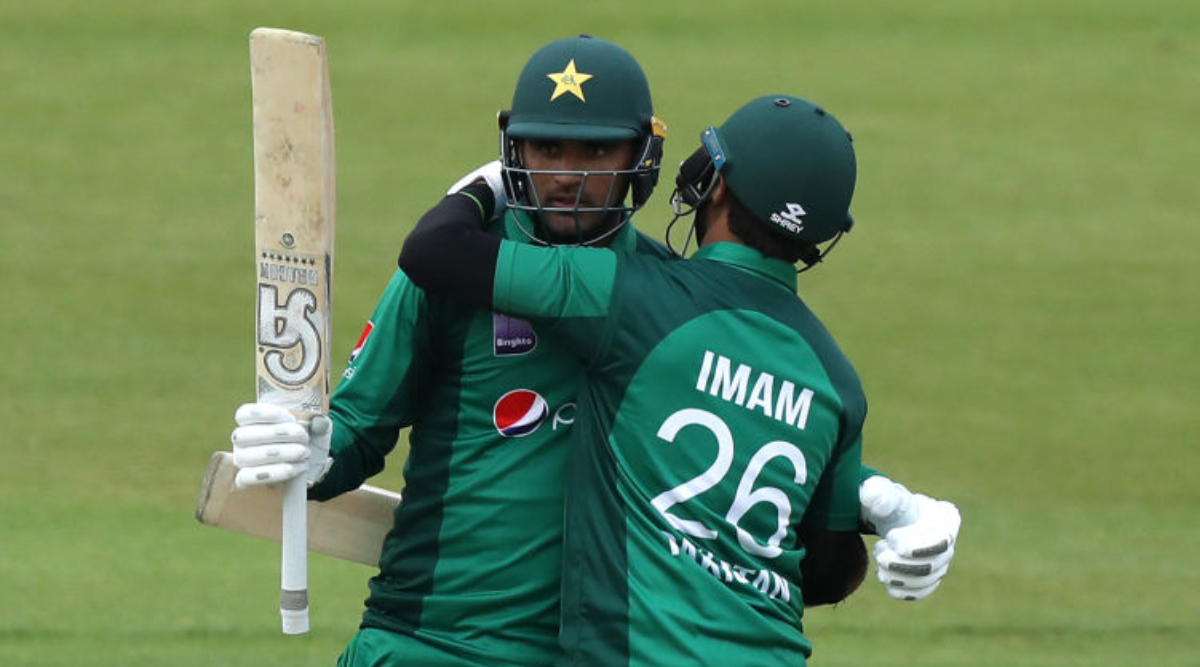 Pakistan openers became only the second pair to post 300 or more runs partnership in ODIs. The two openers were separated in the 42nd over when Imam was dismissed on an individual score of 113 runs. Fakhar went on to smash unbeaten 210 and became the first Pakistan batsman to score a double century in ODIs.

(The above story first appeared on LatestLY on May 05, 2020 10:49 AM IST. For more news and updates on politics, world, sports, entertainment and lifestyle, log on to our website latestly.com).