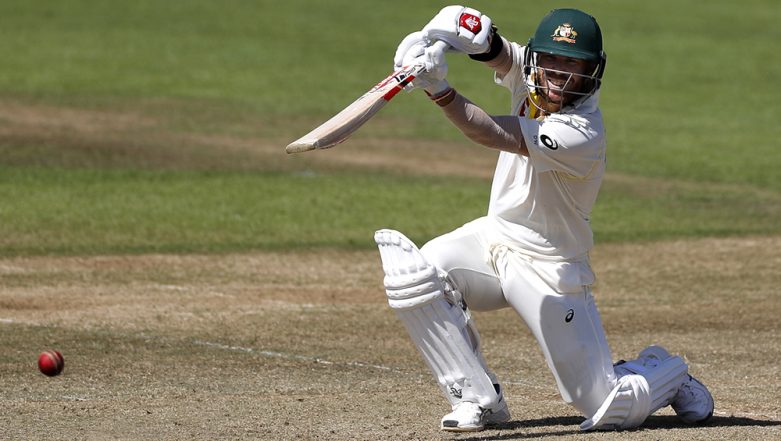 London, September 11: Australia head coach Justin Langer has backed out-of-form opener, David Warner to come good in the fifth and final Ashes Test beginning Thursday at The Oval. Warner has been in awful form in the ongoing Ashes scoring just 79 runs at an average of 9.87 per innings. The left-handed opener has endured a tough series tackling the new ball, particularly against England seamer Stuart Broad, and has managed just one double-figure score (61) in eight innings with ducks from each of his last three starts. England Vs Australia, Cricket Score 5th Test Match.

"Davey hasn't had a great series, there are no secrets about that," Langer was quoted as saying by cricket.com.au."But he's also a world-class player and I've said throughout the whole series, if Davey has one good innings it'll help us win the Ashes. He probably hasn't been through this lean run before, so it's going to be a good test of his character. Ashes 2019, 5th Test Match Preview: Australia Aims to Script History at Oval While England Set to Play for Pride.

"But he's a match-winner and he's been brilliant around the group since he's been back (from suspension)," he added. Terming Warner a "match-winner", the Australian head coach said that he is looking forward to see the 32-year-old bat at The Oval. "He's been great, good for the crowds, good amongst the group."He hasn't got the runs he wants at the moment but jeez I'm looking forward to seeing it when he does, and there's no better place in the world to bat than The Oval." Australia have an insurmountable 2-1 lead in the series, retaining the Ashes, and will look to win the rubber in England for the first time since 2001.