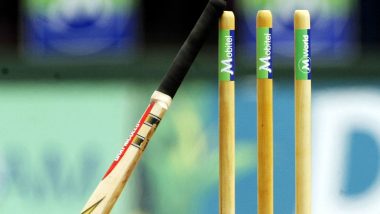 Cricket returns to Australia after a three-month hiatus with the CDU Top End T20 tournament, also known as the Darwin T20 Cricket League. The tournament is set to begin on June 6 and will run until June 8 with eight teams competing for the top honours. The Darwin T20 Cricket League 2020 most importantly will see the return of fans back into stadiums with reports stating that up to 5000 spectators can attend matches while also observing social distancing. The T20 tournament will see 15 games played in a round-robin format before the knockout stages. Meanwhile, fans searching for the live telecast, online streaming details, schedule and other details for the Darwin T20 Cricket League, should scroll down for all information. Cricket in Australia Resumes This Weekend With T20 Tournament in Darwin; Fans to Attend, Live Streaming Online Also Available.

As many as eight teams will be participating in the tournament with each team playing three matches each. The top four teams at the end of the round-robin format will progress into the semi-finals, the winners will then meet in the final on June 8, 2020. Teams participating in the Darwin T20 Cricket League 2020 are Palmerston, Darwin, Sth Districts, Tracy Village, Waratah, Nightcliff, PINT and Invitational XI.

Among these, the first seven teams are part of the Darwin Premier Grade Clubs while the other team is an invitational side. Matches in the Darwin T20 Cricket League 2020 will be played at the Marrara Cricket Ground, Gardens Oval and Cazalys Oval. Take a look at the live telecast, online streaming details and match timings in IST for the 2020 Darwin T20 Cricket League.

Where to Get Live Streaming Online of Darwin T20 Cricket League 2020?

Fans can catch the live streaming of most matches in Darwin T20 Cricket League 2020 on MyCricket Facebook page, which will be live streaming the games. It is, however, important to note that all matches in the 2020 Darwin T20 Cricket League will not be telecast live and only four matches in the round-robin stage of the tournament will be live-streamed. The matches that will be live-streamed are Waratah v Nightcliff and PINT v Invitational XI (June 6), South Districts v Darwin and Palmerston v Tracy Village (June 7). The Semi-final 1 and the final will also be streamed live for fans across the world.

This will be the first time competitive cricket makes a return to Australia post a three-month COVID-19 halt. Australia were one of the last nations to play international cricket before the pandemic froze the sporting calendar. All eyes will certainly be on this T20 tournament, which will take place in the northern territory of the country. With restrictions gradually easing down in Australia fans will definitely be eager to return to the cricket field.

(The above story first appeared on LatestLY on Jun 05, 2020 11:32 PM IST. For more news and updates on politics, world, sports, entertainment and lifestyle, log on to our website latestly.com).