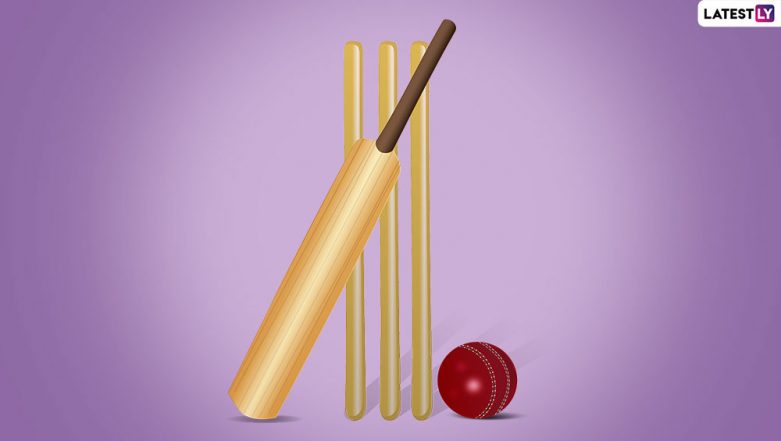 Denmark will hope to increase their win tally, while Germany will be aiming to return back to winning ways when they face Guernsey and Norway respectively in match no 10 & 11 of ICC T20 World Cup Europe Qualifiers 2019. Both Germany and Denmark have won one lost one each so far in the competition, while Denmark also had another game washed out due to rain. The Germany vs Norway (GER vs NOR) game will be played at the College Field cricket ground in Saint Peter Port. While the Guernsey vs Denmark (GGY VS DEN) match will be held at the King George V Sports Ground in Castel. Both the matches will be played on June 18 (Tuesday). Meanwhile, if you are looking for the free live telecast and free online streaming of Germany vs Norway and Guernsey vs Denmark match, then please scroll down below for all the required information. Guernsey vs Denmark Cricket Score 10th T20 Match.

Both Denmark and Germany have two points each from two games but Denmark are placed third in the points standings while Germany are a position down. Jersey leads the points table with six points, while Italy with the same number of points are in the second position. Both teams have played three games each and have won all three. Guernsey and Norway have been knocked out of the competition after losing all three of their respective qualifying matches. Germany vs Norway Cricket Score 11th T20 Match.

Germany began the T20 World Cup Europe Qualifiers tournament by beating Guernsey by five wickets but Denmark’s opening game against Norway was washed-out. Denmark then lost to table-toppers Jersey by 18 runs before beating Norway by 46 runs in the return clash. Germany lost to Italy by five wickets in their second match.

Guernsey vs Denmark and Germany vs Norway match will take place on June 18, 2019, at King George V Sports Ground in Castel and College Field cricket ground in Saint Peter Port respectively. The match will begin at 3:15 pm IST, while fans in Germany, Norway and Denmark can watch it at 11:45 am as per their local time. In Guernsey, the match will begin at 10:45

How to Watch Live Telecast of Guernsey vs Denmark and Germany vs Norway T20I Match? TV Channel and Broadcast Details

There will also be no live streaming of Guernsey vs Denmark and Germany vs Norway game, however, highlights of this match can be viewed on European Cricket YouTube channel or the ICC official website.

The ICC T20 World Cup Europe Qualifier 2019 is a tournament that is being held from June 15-June 19. The competition is part of the qualification process for the ICC 2020 T20 World Cup. This tournament is the second stage of the World T20 qualifiers. In the opening round, 18 teams participated. They were divided into three groups consisting of six teams each from which the top two teams of each group progressed.