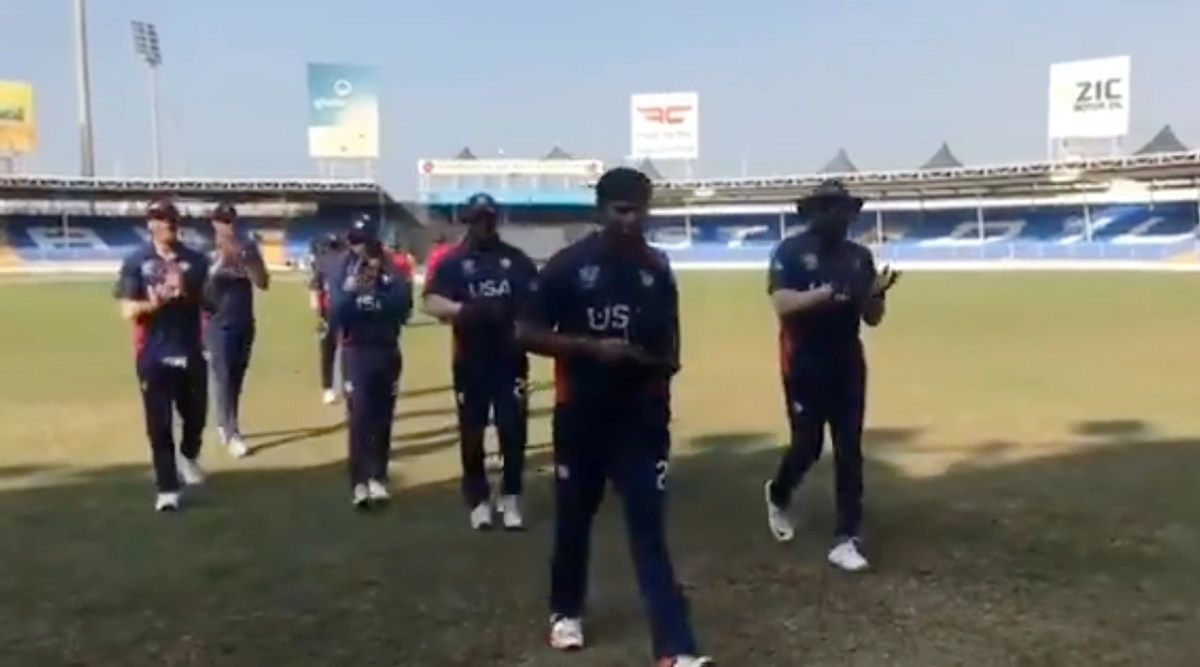 Scotland will play the United States of America in match 2 of ICC Cricket World Cup League 2 on December 09, 2019 (Monday). Scotland vs United States match will be played at the Sharjah Cricket Association Stadium in United Arab Emirates (UAE) and is scheduled to start at 11:30 am IST (Indian Standard Time). Fans searching for the live telecast, online live streaming and score updates for SCO vs USA encounter in CWC League 2 can find all relevant information on this page. United States of America beat UAE by 3 wickets in their opening match of the second stage in CWC League 2 and will be looking to notch up more victories. Meanwhile, for complete live telecast, online live streaming, live score updates and team details for SCO vs USA match, please scroll down. Scotland Vs USA, Cricket Score 2nd ODI Match.

Aaron Jones fell five-run short of a century as United States beat UAE BY 3 wickets in the opening match of round 2 of ICC CWC League 2 tournament. Jones was also the top-scorer for USA, his knock of 95 runs from 114 deliveries comprised of two sixes and eight boundaries. Jones was also involved in a 78-run partnership for the second-wicket Xavier Marshall which paved the way for USA’s chase after the bowlers had folded UAE for 202 runs in 45.2 overs. Saurabh Netravalkar took five-wickets for USA.

Scotland vs United States match in ICC Cricket World Cup League 2 will be played at the Sharjah Cricket Association Stadium in UAE. This will the second game in round 2 of CWC League 2 tournament. SCO vs USA ODI match will be played on December 09, 2019 (Monday) and is scheduled to start at 11:30 am IST (Indian Standard Time).

How to Watch Live Telecast of SCO vs USA ODI Match? TV Channel and Broadcast Details

Unfortunately, there will no live telecast available for SCO vs USA ODI match in ICC CWC League 2 as there are no official broadcasters available for ICC Cricket World Cup League 2 tournament in India.

There will also be no live streaming available for Scotland vs United States ODI match. But interested fans can visit United Arab Emirates’ cricket Board’s YouTube channel and get updates about the SCO vs USA game. Fans can also follow LatestLY for the live score updates and ball-by-ball commentary of SCO vs USA match in ICC CWC League 2.

United States, courtesy, their victory against UAE have pipped Scotland into top of the points table. USA have so far played five matches in the tournament, combining two rounds, and have eight points. Scotland, who are yet to start their campaign in round 2 of CWC League 2, have played four for six points.