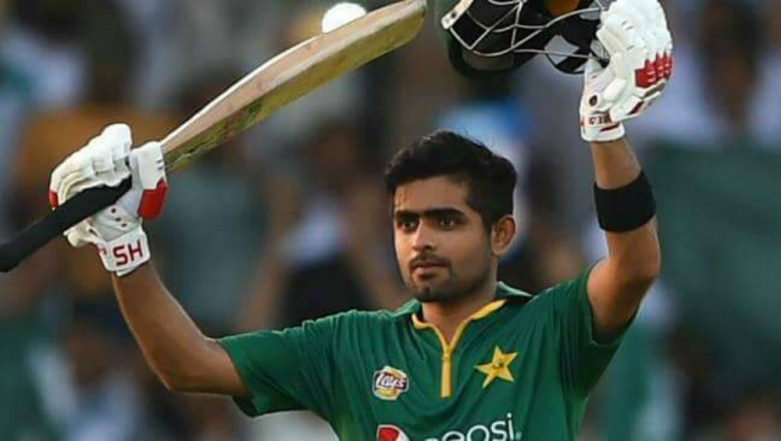 England is playing against Pakistan in the only T20I match at Sophia Garden, Cardiff. Pakistan after winning the toss, chose to bat first. Pakistan did not start of their inning well as their opener Fakhar Zaman was dismissed in the second over which was followed by the dismissal of Imam-ul-Haq in 5th over. The World No 1 T20I batsman Babar Azam has scored half century which is a good news for Pak cricket camp. Live Cricket Streaming of Pakistan vs England 2019: Check Live Cricket Score, Watch Free Telecast of PAK vs ENG T20 on PTV Sports & SonyLiv

Pakistan will play with England in 5 match ODI series after this only T20I match. The first ODI will be played on May 8, 2019. This is a good opportunity for Pak cricket team to prepare well just ahead of ICC Cricket World Cup, 2019. Pakistan also won the two warm up one day matches and T20 practice match just before this series. Pakistan vs England Live Cricket Score One-off I T20 Match

World's number one T20I batsman @babarazam258 brings up his 5⃣0⃣

Babar Azam has featured in 29 T20I and has scored 1182 runs with an average of 53.72 and strike rate of 127.78. He was well supported by Haris Sohail who scored 50 from 36 balls. Unfortunately for Pakistan Babar Azam got run out by Jofra Archer in the 16th over as his fine knock of 65 from 42 balls comes to an end.