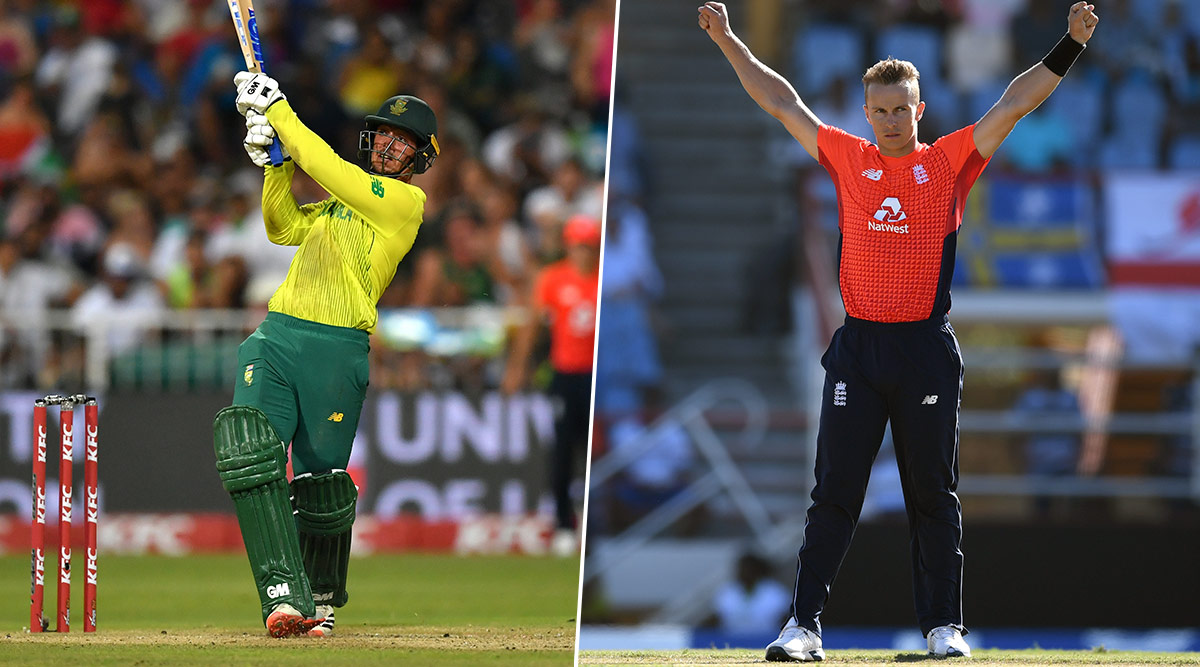 South Africa and England will tussle in the third and deciding encounter of the three-match T20I series. The match will be played on February 16 at the SuperSport Park in Centurion. Fans have witnessed some great quality of cricket from both the sides in the series and the upcoming game is also expected to go down to the wire. A tight contest between the bat and the ball can also be witnessed in the third T20I and below, we’ll look at some such mini battles. South Africa Vs England, Cricket Score 3rd T20I Match.

The home team won the first T20I by one run while Eoin Morgan and Co registered a two-run victory in the second T20I. Well, these results depict how the two teams have fought in the series. Proteas skipper Quinton de Kock is enjoying the form of his life and has given his side good starts in both the games. Other than him, Pacer Lungi Ngidi bagged three-fers in the first two games. For England, Tom Curran pulled off a victory from the jaws of defeat in the last match while in the batting department, Jonny Bairstow, Ben Stokes and Moeen Ali have displayed good forms. Meanwhile, let’s look at some individual contest which can enhance the thrill of the third T20I.

The swashbuckling southpaw made ideal use of the powerplay overs in the first two games and made a mockery of the England bowlers. However, Tom Curran was the hero of visitors’ win in the last game and have the onus to dismissing de Kock as early as possible. Well, he has buckets of variations in his armoury but will that be enough to restrict the in-form opener?

Ali scored an 11-ball 39 in the last match which proved to be match-defining in the end. The bouncy Durban didn’t trouble the southpaw much as he scored runs with ease. However, he fell prey to Lungi Ngidi in both the matches and pacer will not mind scalping his wicket for the third time in a row. Ngidi has put on a brilliant death-bowling performance in this series and let’s see who wins this battle.

In the high-scoring series, one bowler who has managed to control the run flow is Tabraiz Shamsi. The chinaman spinner didn’t allow the batsmen to free their arms and will aim to maintain his good figures once again. But what will happen when he fill face against Ben Stokes. The England all-rounder has been in great striking form and being a southpaw, he can dominate Shamsi. Well, this battle is certainly on the cards and let’s see who wins it.

With the ICC T20 World Cup 2020 being scheduled to be played on October, both the sides will also be eyeing to identity their best XI and strengthen their squad ahead of the gala tournament. However, their latest target is clinching the ongoing series and an exciting match seems to be set on the cards.