Ravi Shastri on IND vs AUS Series 2020: Youngsters Will Gain Lot From Exposure in This Series 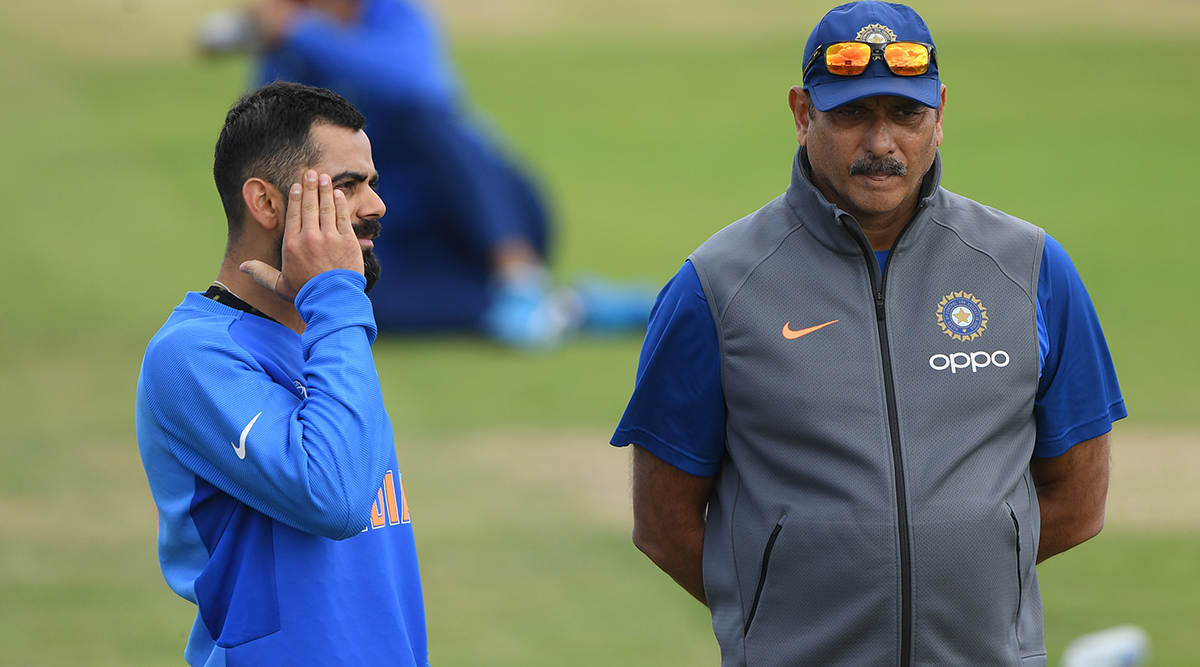 Bengaluru, January 19: India head coach Ravi Shastri on Sunday hailed his team's efforts in the third ODI against Australia at the Chinnaswamy stadium here after India won the match by seven wickets and thus clinched the three-match series 2-1, coming back from a 10-wicket hiding they received in the first ODI in Mumbai earlier this week. "This team, the boys showed great character," Shastri said in a televised interview soon after the match. "Nobody can say we played an inferior Australia side. They got a thrashing in Mumbai, and then won two games, with all the travel, and with Australia winning all three tosses."

Shastri said that the variety in the bowling attack and their ability to pick wickets in the middle overs went a long way in India winning their last two matches on the bounce. On Sunday, Mohammad Shami picked three wickets in the death overs, including that of centurion Steve Smith as India restricted Australia to 286/9 despite giving away 27 extras. MS Dhoni and Ravi Shastri’s Photo Invites Mixed Response on Twitter, Netizens Call It ‘Bear With Ice’, Others Recall ICC CWC 2011 Final.

"We picked important wickets in the middle overs. If sides are looking to take us apart in the last 10 overs, then we have a lot of variety. The game might be 130 years old, but that (the yorker) is still the best ball in the world," he said.

Shastri also hailed the batting effort. India's top three partnerships were all worth over 65 runs with Rohit and Kohli putting up 137 runs between them for the second wicket. Shreyas Iyer came in after Rohit, who made 119, was dismissed, and took the chase by the scruff of the neck, smashing 44 off 35 balls, including the winning runs with a four straight back over the bowler's head.

"They (the batsmen) realised once they got off to a start, that this Australian attack will always look for wickets. Each of those 11 will always look to get in the door if they get a foot in. Virat and Rohit batted well, and Shreyas will get a lot of confidence from this innings," Shastri said. "The exposure they (youngsters) get against this Australian outfit will stand them in good stead. Their mindset will be entirely different. Young (Navdeep) Saini is quick, and if he gets it right, he'll tickle a few. Really proud of the guys - I thought they were magnificent," he added.