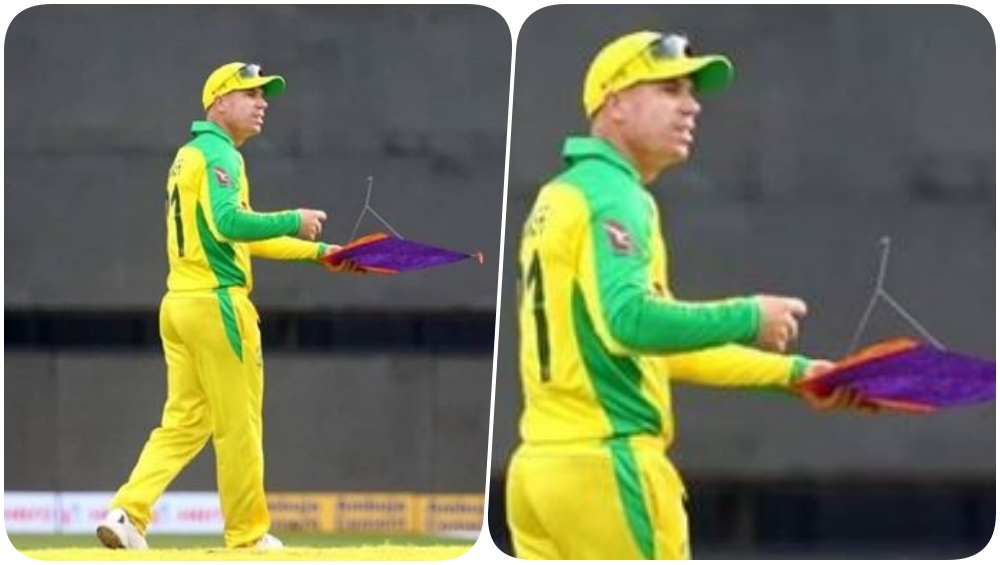 On one hand, where the Indians were collapsing like a pack of cards during the first ODI 2020 between India and Australia, there came a brief interruption when a kite was spotted in the ground. The incident happened when Mohammed Shami was out in the middle and was batting during the last over of the Indian innings. It was the Indian pacer who was the first one to point out the kite and David Warner pointed it out to the umpire which was entangled with the spider camera hovering over the stadium. India Vs Australia, Live Cricket Score 1st ODI Match.

Warner and the umpire removed the kite and obviously the play came to a halt. “I think what’s happened here is the kite might have gotten stuck in the cable somewhere. So they’re having to pull it down,” one of the commentators said on Fox Sports. Needless to say that the incident grabbed attention and was shared on social media.

Things that happen only in India 🇮🇳 😍

Warner with a kite

Talking about David Warner, he is blazing guns for the side as he brought up his 18th century for Australia and third against India. He also brought up 5,000 ODI runs and thus surpassed Brain Lara, Joe Root and Shikhar Dhawan by taking fewer innings to reach the 5,000 ODI run mark.