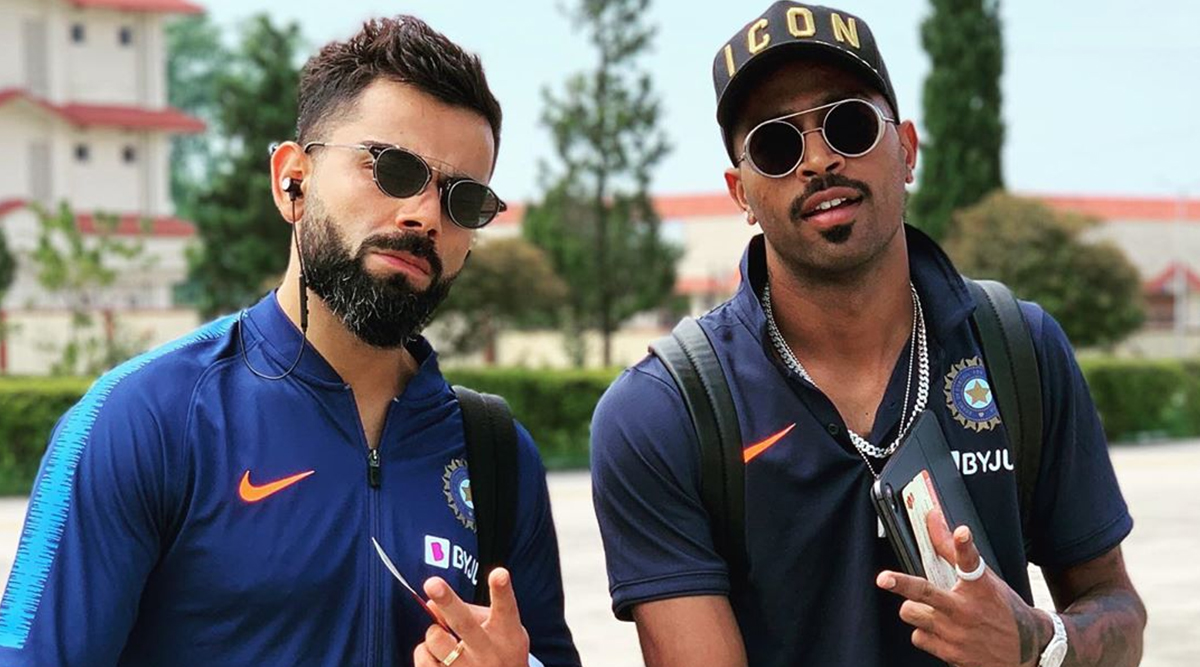 Virat Kohli posted a picture with Indian Cricket Team all-rounder Hardik Pandya on social media where he wrote caption Mohali Bound. India is currently playing 3 matches bilateral T20I series against South Africa. Unfortunately, the 1st T20I at Mohali got abandoned without a ball being bowled due to rain. The 2nd T20I will be played at Mohali on Sept 18, 2019, hopefully, the rain shouldn't play a spoilsport in that game. Virat Kohli and Hardik Pandya can be seen in the picture below travel in style. Meanwhile, let us have a look at Indian skipper Kohli's latest post on Instagram. Virat Kohli Flaunts Anushka Sharma’s Initials on T-Shirt, See Pic.

The Indian team has returned from a successful West Indies tour which happened last month in Aug, 2019. India clean sweep Windies team in ODI, T20I as well as in Test. Hardik Pandya was rested during that series against West Indies. After ICC CWC 2019, the batting all-rounder Pandya will be first time seen in action on the field. Hardik Pandya has trained well on his fitness and game during the rest period. He recently posted a video of him doing net practice with his brother Krunal Pandya, who is also in the squad for T20I series against South Africa. Hardik Pandya Posts a Picture on Instagram With Caption ‘Great to Be Back With the Team’ Ahead of IND vs SA 1st T20I Match.

South Africa and India are currently placed at the 3rd and 4th position respectively in ICC T20I ranking. Virat Kohli will be eyeing on the maiden T20I home series win against South Africa. After the conclusion of T20I series, India and South Africa will lock horns with each other in three-match Test Series.