Yuvraj Singh Has a Cheeky Response to Gautam Gambhir’s Funny Post on Social Media, Says ‘At Least Your Imoji Has Smiled’ 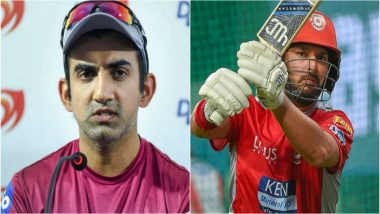 Former Indian opener Gautam Gambhir has posted a picture of himself where he trolled himself. The snap caught the attention of the former Indian left-hander Yuvraj Singh who had a cheeky response Gautam Gambhir’s post. So here’s what happened. Gautam Gambhir posted a picture of his reaction after he gets out caught in slips due to an outswing delivery. The caption was posted with a laughing emoji. Now, this was a perfect opportunity for Yuvraj Singh and grabbed it with both hands. Yuvi, who is known for his tongue in cheek humour responded to the snap and trolled Gambhir. Yuvraj Singh, Harbhajan Singh Pledge to Never Support Shahid Afridi Again After His Controversial Remarks. 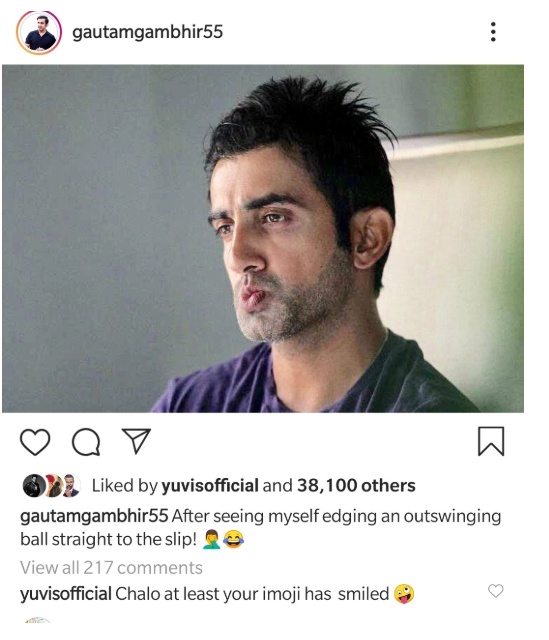 Talking about Yuvraj Singh, he had to face flak from the netizens after he donated money to Shahid Afridi Foundation and even went on to issue a statement which said that he had no intentions of hurting anybody's sentiments. However, after Shahid Afridi passed an unacceptable remark about Kashmir and PM Narendra Modi, the left-hander vowed to not stay in touch with the Pakistani cricketer.

(The above story first appeared on LatestLY on Jun 06, 2020 09:43 PM IST. For more news and updates on politics, world, sports, entertainment and lifestyle, log on to our website latestly.com).