Delhi come into the season with a strong contingent that boasts the likes of Romanian Bernadette Szocs (No. 19), Jon Persson of Sweden (No. 72) and rising Indian paddler Parth Virmani. 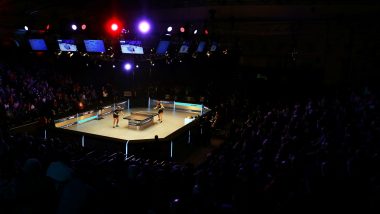 New Delhi, July 17: Top Indian and international paddlers will be under the spotlight as the curtain goes up on the third edition of the Ultimate Table Tennis (UTT) here on July 25. Defending champions Dabang Delhi T.T.C, led by the current highest-ranked Indian Sathiyan Gnanasekaran (No. 24), take on newcomers Puneri Paltan in the opening clash of the tournament.

Delhi come into the season with a strong contingent that boasts the likes of Romanian Bernadette Szocs (No. 19), Jon Persson of Sweden (No. 72) and rising Indian paddler Parth Virmani. Puneri Paltan will be no pushovers though. Spearheaded by Chuang Chih-Yuan of Chinese Taipei (No. 28) with German veteran Sabine Winter (No. 62) and India's top paddlers Ayhika Mukherjee and Harmeet Desai in their ranks, they will aim to spring a surprise or two.

More high-voltage action will be on the cards on day two when new entrants Chennai Lions, who possess the country's most experienced player in 37-year-old Achanta Sharath Kamal (No. 32) and German star Petrissa Solja (No. 26), take on fellow newbies U Mumba TT. The team from Mumbai has the likes of Doo Hoi Kem (No. 12) of Hong Kong and the talented Manav Thakkar of India (U-21 No. 2) in their arsenal.

The 2018 Commonwealth Games double gold medallist Manika Batra of India (No. 56) will step up to the table on the third day for her team RP-SG Mavericks Kolkata, that also includes UTT debutant Benedikt Duda of Germany (No. 53), Matilda Ekholm of Sweden (No. 25) and Sanil Shetty of India.

They take on the rechristened Goa Challengers (formerly Empowerji Challengers) comprising the league's top-ranked player Cheng I-Ching of Chinese Taipei (No. 8), India's Amalraj Anthony and Spaniard Alvaro Robles (No. 56). The six-team city-based affair will see a total of 36 players in action, including 11 Olympians, 2 Youth Olympians and a total of 25 national champions across all the senior categories, fighting it out for the coveted UTT trophy.

(The above story first appeared on LatestLY on Jul 17, 2019 05:40 PM IST. For more news and updates on politics, world, sports, entertainment and lifestyle, log on to our website latestly.com).