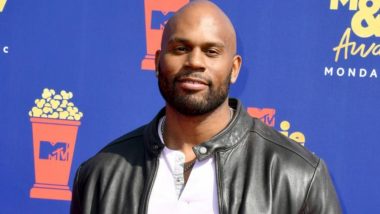 Former WWE Star Shad Gaspard has been found dead of the seashore of LA Beach and the police confirmed the news of demise. The officials confirmed the news of the death of the Gaspard. The former WWE star went swimming with his 10-year-old son Aryeh and both struggled for life in the sea. The lifeguards came to the rescue and the wrestler asked them to save the little boy and sadly the wave had swept Shad even further into the sea. The 10-year old came out unharmed but the wrestler went missing into the sea.

The last time the guards saw him he was 46 meters away from the shore.  A tweet by Mario Ramrez stated, “Officials confirm the description of pro wrestler Shad Gaspard matches that of the body discovered after washing up on shore in Venice Beach.” The patrol officers at LA beach reported at 1.25 am that aa dead body was found on the shore and then came the confirmation. No sooner the news of his demise broke, the tributes from his former colleagues started pouring in.

WWE is saddened to learn that former WWE Superstar Shad Gaspard has passed away at the age of 39. https://t.co/ngyuRpkjps

I join fans around the world as we remember Shad Gaspard as a beloved performer and a caring father. In absolutely tragic circumstances, please keep his loved ones in your thoughts. https://t.co/JibfmJJMcC

My prayers and hope for Shad Gaspard’s wife, son and family during this unthinkable time. Man, this is a tough one. A really tough one.

Just gave him a #BrotherHug at Staples Center last time we were in town..

Being a father, I feel deeply for his family n friends.

Fuck the heat, love each other.

Gaspard’s wife, Siliana Gaspard, had issued a statement in which she thanked the lifeguards for saving the kid. Also, she hoped for the return of Gaspard magically and asked the fans to keep the wrestler in their prayers.

(The above story first appeared on LatestLY on May 21, 2020 01:13 PM IST. For more news and updates on politics, world, sports, entertainment and lifestyle, log on to our website latestly.com).