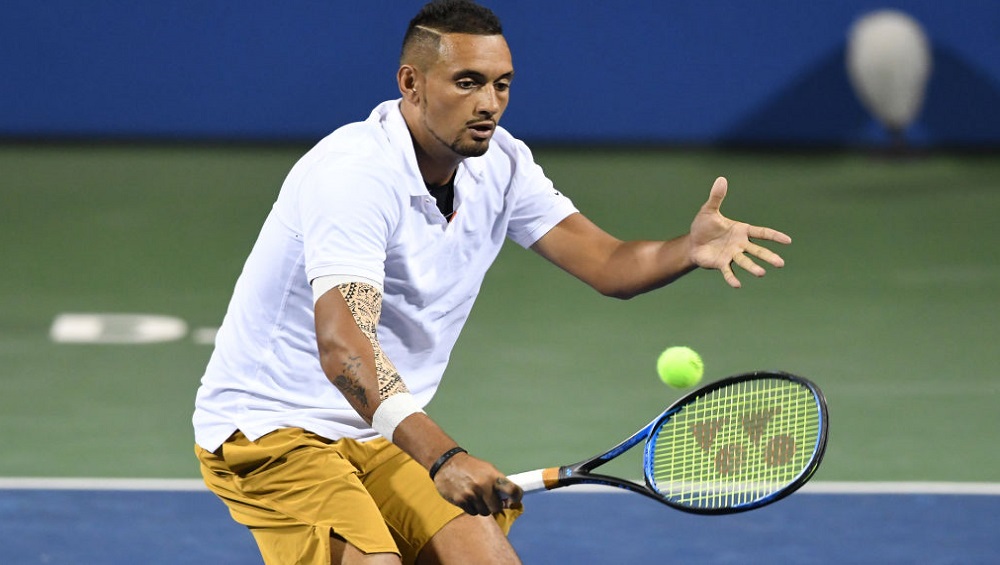 Home favourite Nick Kyrgios will face Gilles Simon in the second round of men's singles in 2020 Australian Open. Kyrgios, seeded 23rd at the home slam event, huffed-puffed his way into the 2nd round with two of the three sets in his opening round match against Lorenzo Sonego going into tie-breakers. But Kyrgios prevailed and progressed with a 6-2, 7-6 (7-3), 7-6 (7-1) victory. Simon, on the other, spent little sweat in beating Pablo Cuevas of Argentina (6-1, 6-3, 6-3) to set up a 2nd round date with local boy Kyrgios. Meanwhile, fans searching for the live telecast, online live streaming, match timings in IST and score details can scroll down for all information. Australian Open 2020: Roger Federer, Novak Djokovic, Serena Williams in 3rd Round.

Both players have never made it beyond the quarterfinals at the Australian Open. Gilles Simon, known for his power game and resilience, however, has a tough job at hand against the 26th ATP ranked Kyrgios. The 24-year-old will fight to revel in the support of the home crowd. Kyrgios was among the players who participated in the Bushfire relief game and looked in fine touch.

Nick Kyrgios vs Gilles Simon men's singles encounter in the second round of Australian Open 2020 will be played at the Melbourne Arena on January 23, 2020 (Thursday). The match has a tentative start time of 01:15 pm IST (Indian Standard Time).

SonyLiv, the OTT platform of Sony Pictures Network will be live streaming the Nick Kyrgios vs Gilles Simon match for its online fans in India. Viewers can enjoy the live action of men's singles clash in 2nd round of Australian Open on the SonyLiv app as well as on the website.

Kyrgios and Simon have met each other once with the former coming out victories in a lop-sided clash last year. It was at Citi Open in Washington where Kyrgios beat Gilles Simon 6-4, 7-6 (5) to take a 1-0 lead in head-to-head records.